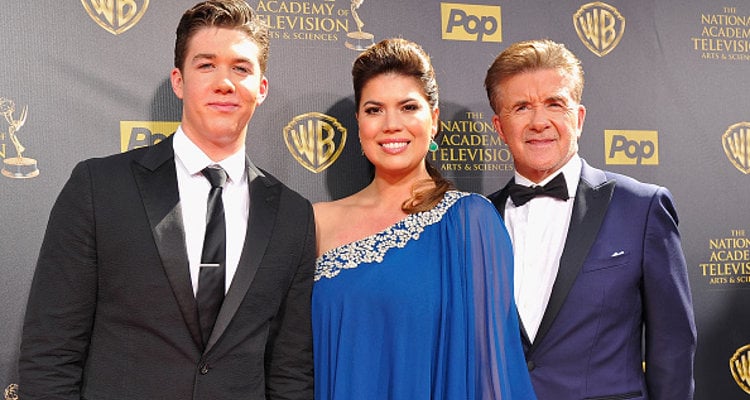 Carter William Thicke is the youngest son of Alan Thicke, and the half-brother of singer-songwriter Robin Thicke. Alan Thicke passed away on Tuesday, leaving behind his sons and wife.

Growing Pains star Alan Thicke passed away on Tuesday (December 13) evening at the age of 69. The actor was with his youngest son, Carter Thicke during his final moments. Thicke is survived by 19-year-old Carter, his brothers Brennan and Robin Thicke, and their stepmother Tanya Callau. The youngest Thicke starred in Unusually Thicke alongside his father and stepmother. We have everything there is to know about Alan Thicke’s youngest son in Carter Thicke’s wiki.

He Starred in Unusually Thicke

In 2014, Alan Thicke, his wife Tanya Callau, and his youngest son, Carter Thicke starred in the reality series/mockumentary, Unusually Thicke. The show, filmed in a reality series format, follows the fictionalized life of the Thicke family. Robin Thicke has also had appearances on the show along with his father’s colleagues, Bob Saget, David Hasselhoff, Wayne Gretzky, John Stamos, and Bill Maher. While Alan Thicke was the main star, viewers fell in love with young Carter Thicke.

The youngest Thicke’s career choice is not known. He hasn’t followed in his father’s footsteps, nor has he shown any musical inclination like his half-brother Robin Thicke. As a 19-year-old who is still figuring life out, his net worth is not known. But it might be more than most people his age, considering his father’s net worth is $40.0 million.

Carter Thicke made over $6000 in a garage sale with the help of Bob Saget on the series premiere of Unusually Thicke. This could mean that has a penchant for business like his eldest half-brother, Brennan Thicke.

His Mother was Miss World

Tolleson was crowned Miss South Carolina in 1990 and went on to compete in the Miss America pageant that year. After winning Miss America, she represented the United States in the Miss World 1990 pageant and won. Tolleson and Thicke were married in 1994, and Carter Thicke is their only child together. They divorced after five years of marriage, and Thicke met his future third wife, Tanya Callau that same year. Before Tolleson, Thicke was married to Days of Our Lives star, Gloria Loring with whom he had Brennan and Robin Thicke.

Happy Mother's Day to the most amazing, caring, and beautiful mom out there! Love ya ❤️

On Twitter, Thicke usually promotes Unusually Thicke by live-tweeting the show. However, he also uses the platform for activism. When former N’Sync singer Lance Bass appeared on Unusually Thicke, Carter Thicke took to Twitter to show his support for the LGBTQ community.

He’s a Fan of Growing Pains

Alan Thicke’s most famous work is as the iconic sitcom-dad Jason Seaver on Growing Pains. Millions fell in love with the show, including the young Carter Thicke. In the second episode of Unusually Thicke, we find that Carter Thicke’s ringtone is the theme song of Growing Pains. Whether it’s a gimmick for the show or not, it shows the love and support Thicke has for his father.

Carter Thicke is truly a younger version of his father. If you look at a photo of a young Alan Thicke (as posted by Carter on his Instagram), you’ll be shocked to see the striking resemblance between father and son.

Much like their fathers, both Carter and Robin Thicke are true ladies men. We’ve heard a lot about Robin Thicke’s love life, but on Unusually Thicke, Carter Thicke is seen charming the ladies.

Carter Thicke was playing hockey with his father on Tuesday (December 13). It was then that Alan Thicke suffered a heart attack and was taken to Providence Saint Joseph Medical Center, where he passed away. A publicist for the Thicke family announced the actor’s death. Carter Thicke is made a statement through Twitter.

Our thoughts go out to the Thicke family at this troubling time.