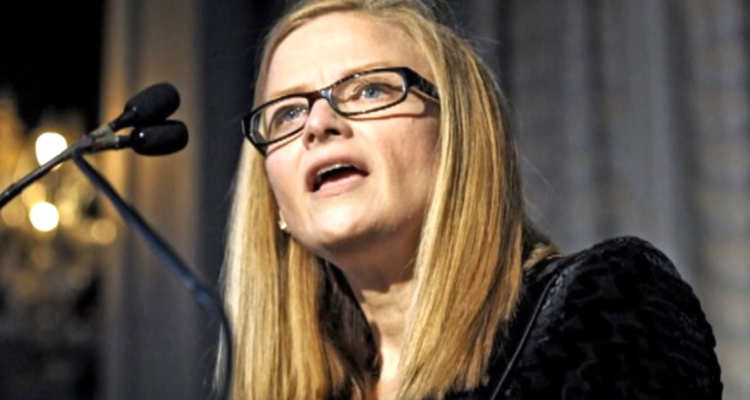 Who’s ready for a bit of scandal? No, it’s not Thursday (unfortunately) and we’re not talking about the show! It’s about the scandal involving Wells Fargo and its former bank executive, Carrie Tolstedt. And now, it looks like Tolstedt is getting most of the blame, causing everyone to look for more information on her. So, if you want to learn more about the 57-year-old, then have a look at our Carrie Tolstedt wiki.

There’s nothing people love more than when a wealthy banker falls from grace, and it looks like Tolstedt has a target on her back. It’s no surprise that people have found it difficult to get information on her, since she’s a private person and tends to stay out of the media. But luckily for you, we have managed to piece together everything you need to know about the former Wells Fargo employee. Carrie was at Wells Fargo for 27 years and was credited with improving the bank, which was considered to be the most valuable in the market.

Carrie L. Tolstedt was born in Nebraska and attended the University of Nebraska, where she earned a Bachelor of Science degree. Her husband is Brad Tolstedt and he was also a former employee of Wells Fargo.

According to a criminal complaint filed in California, employees at the bank were creating fake credit and checking accounts, in order to meet their quotas. The investigation also revealed that in some cases, employees were creating fake emails and pins for accounts that didn’t exist, and moved consumers’ money around into more than 2.0 million fake accounts! Both Tolstedt and former CEO John Stumf have been blamed in light of the scandal. The bank has been fined in the amount of $185.0 million, after the Los Angeles City Attorney and Consumer Financial Protection Bureau found out that the bank’s employees were committing fraud in order to meet company target sales.

She was once considered the best banker in America and since the negative press has been building, the bank’s stock has been declining. When reports revealed the news of Tolstedt’s retirement, many found it fishy that she would retire (with a hefty sum of money) after the details of the scandal came to light. Senator Elizabeth Warren raised some valid points to Wells Fargos’ CEO, John Stumpf during the Senate Banking Committee hearing on company fraud allegations late last year. Mainly, she questioned why he never once considered firing Tolstedt, even when he knew that the practices were not being carried out correctly, essentially committing fraud.

Senator Warren questioned Stumpf on why he had not taken action on Tolstedt saying, “You found out that one of your divisions had created 2 million fake accounts, had fired thousands of employees for improper behaviour, and had cheated thousands of your own customers, and you didn’t even once consider firing her ahead of her retirement?” Stump, clearly stumbling around his response, referred to the board and the process in which they make decisions. Check out the video of the exchange, below.

The bank released a statement regarding Tolstedt’s “retirement” and her time with Wells Fargo.

“A trusted colleague and dear friend, Carrie Tolstedt has been one of our most valuable Wells Fargo leaders, a standard-bearer of our culture, a champion for our customers, and a role model for responsible, principled and inclusive leadership,” said John Stumpf, Wells Fargo’s chairman and chief executive officer. “Because of her passion for serving our customers, wherever and however they chose to receive their banking services – online, in branches, or via mobile phones – Carrie leaves Wells Fargo uniquely positioned to continue to be a leader in retail banking, no matter how the future of banking evolves. We share in the pride that she has for the legacy, accomplishments and talent that she will leave behind.”

Tolstedt made her own statement, saying:

“Wells Fargo has been my life’s passion, because I have loved the opportunity to help others succeed financially, which is the very essence of why we do what we do each day at this great company… The journey has been made all the more rewarding by the incredible Wells Fargo people I’ve had the privilege to call my colleagues, friends and family. This franchise has never been stronger for the opportunities that lie ahead, and I am simply grateful to have been a part of it.”

Carrie Tolstedt’s Compensation and Net Worth

The former bank executive was paid very well during her lengthy employment, and it’s no wonder why Carrie Tolstedt’s house is a lavish mansion in California. Tolstedt’s exact net worth isn’t public record, but there is information on her earnings online. She gave up $19.0 million in unvested stock options when she retired last year, but the shares are now between $45.0 and $53.0 million. The final decision regarding the stock options will be made by the board on April 25.