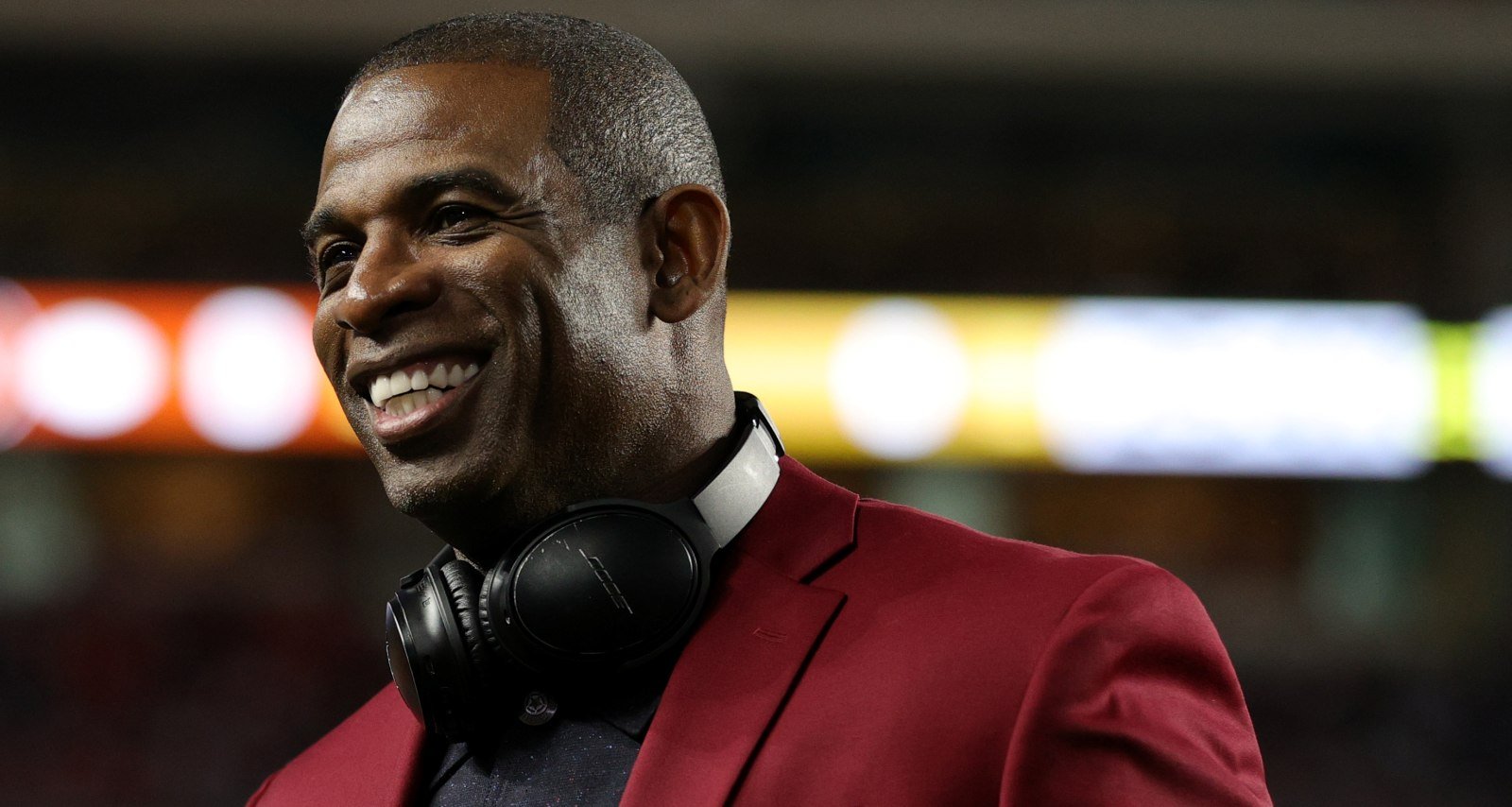 Former NFL legend and now-football coach Deion Sanders has long been in the spotlight for his athletic prowess. But it’s often his personal life that makes headlines. Jackson State’s football coach has made no secret of the breakdown of his first two marriages. While his last divorce was turned into public drama, his first marriage to Carolyne Chambers Sanders has intrigued football watchers for a while now. He’s now in a relationship with business mogul Tracey Edmonds, but it makes fans ask where his first ex-wife is. So we reveal all there is to know about Deion Sanders’ first wife in Carolyne Chambers Sanders’ wiki.

Carolyne Chambers was born on April 15, 1965, to Ray and Yvonne Chambers. She is the youngest of three children.

The family was based in Wurzburg, Germany, before they moved to West Palm Beach, Florida, and settled there until Carolyne and her siblings were adults. Carolyne has been based in Texas in recent years.

Her parents Ray and Yvonne, along with her sister Brenda Chambers, are deceased. They are survived by Carolyne; her only brother, Jerold Chambers; their respective partners and children; and extended family.

Brenda’s daughter and Carolyne’s niece, Lori Banks, is a molecular biologist and professor at Bates College in Maine. She was named among 1,000 inspiring Black scientists by the web resource Cell Mentor.

Deion Sanders has been married twice. He married Carolyne Chambers in 1989 and has two children with her—Deion Sanders Jr. and Deiondra Sanders.

Around the time of his first wedding, the elder Deion had a thriving part-time pro-baseball career and had been selected by the Atlanta Falcons in the 1989 NFL Draft. But while he was shining on the gridiron, his marriage was apparently crumbling.

That eventually led to his divorce from Chambers in 1998, and she got custody of their two kids. Deion recently revealed that he didn’t handle losing custody very well back then, which led to his suicide attempt in the ‘90s.

While Deion’s career took him places, Carolyne and their kids stayed behind in Texas. Deion Jr., as well as Shedeur and Shilo, also played college football.

The younger Deion attended Southern Methodist University, appeared in the OWN reality series Deion’s Family Playbook, founded a nonprofit in his aunt’s memory, runs a clothing line, and co-owns a business with his sister.

Deiondra is an entrepreneur who has a hair extensions line and online boutique besides the companies she co-owns with her brother.

Amid Deion Sanders Sr.’s bitter divorce battle with Pilar, Deiondra defended her father on Twitter. Carolyne also took the stand for Deion’s defense when he was fighting Pilar for custody of his younger children.

Deion Sanders, who is now dating Tracey Edmonds, has an amicable relationship with at least one ex-wife.

Carolyne’s Instagram shows that she maintains a friendship with Deion.

Very little is known about Carolyne’s education and career. However, on Instagram she mentions she is an HBCU grad.

Apart from being a licensed real estate broker in Texas, she is an “MBA, Tax Spec, Notary Signing Agent.”