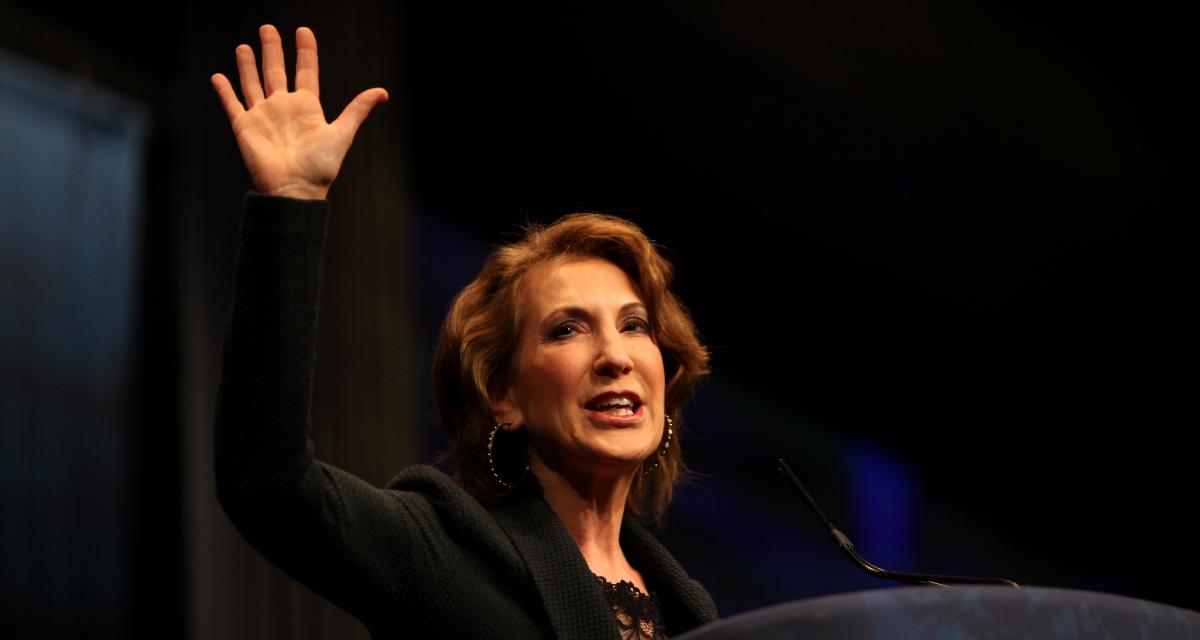 Fiorina just posted a short 28-second clip to Twitter that shows her speaking on Fox News about how she compares to the other two presidential candidates. In the video, Fiorina describes Donald Trump as “Hillary Clinton’s Christmas gift wrapped up under a tree,” because if he happened to actually win the Republican nomination, “Hillary Clinton will wipe the floor with him,” leaving the two female frontrunners to duke it out.

Cue the next insult—while Trump is a “Christmas gift” for Clinton, Fiorina describes herself in the video as “the lump of coal in her stocking,” adding that, unlike the other candidates, “I can beat Hillary Clinton and I can turn this government into something competent that serves its people and protects its nation.”

Although Fiorina tried to make a lasting impact, it was met with a bit of backlash, as is usually the case with these types of campaign strategies. Many of the comments on the post referred to Fiorina calling herself a “lump of coal,” only they used it against her, like one follower who asked the politician if what she meant to say was that she was “‘the lump of coal’ in America’s stocking.”

Donald Trump is Hillary Clinton’s Christmas gift wrapped up under a tree. I am the lump of coal in her stocking. https://t.co/nT2HfkkiG5

Despite the criticism, Fiorina’s message is spreading—in addition to the reach it’s getting on Twitter, the clip was also shared on her Facebook page, where it was viewed by over 5,700 people and shared almost 170 times just within the first hour it was posted.

In addition to Fiorina, many of the other leading presidential candidates have been busy posting on Twitter and other social media platforms, especially in response to Trump’s controversial call yesterday to ban all Muslims from entering the U.S. until the government can “figure out what is going on,” according to a campaign press release.

Following Trump’s announcement, Clinton tweeted about how demonizing Muslims in America doesn’t just go against American values, but it also “plays right into the hands of terrorists.” On a similar note, fellow democratic candidate Bernie Sanders posted a note to Trump advising him that “we are weak when we allow racism and xenophobia to divide us,” while Jeb Bush called Trump “unhinged” with proposals that can’t be serious.