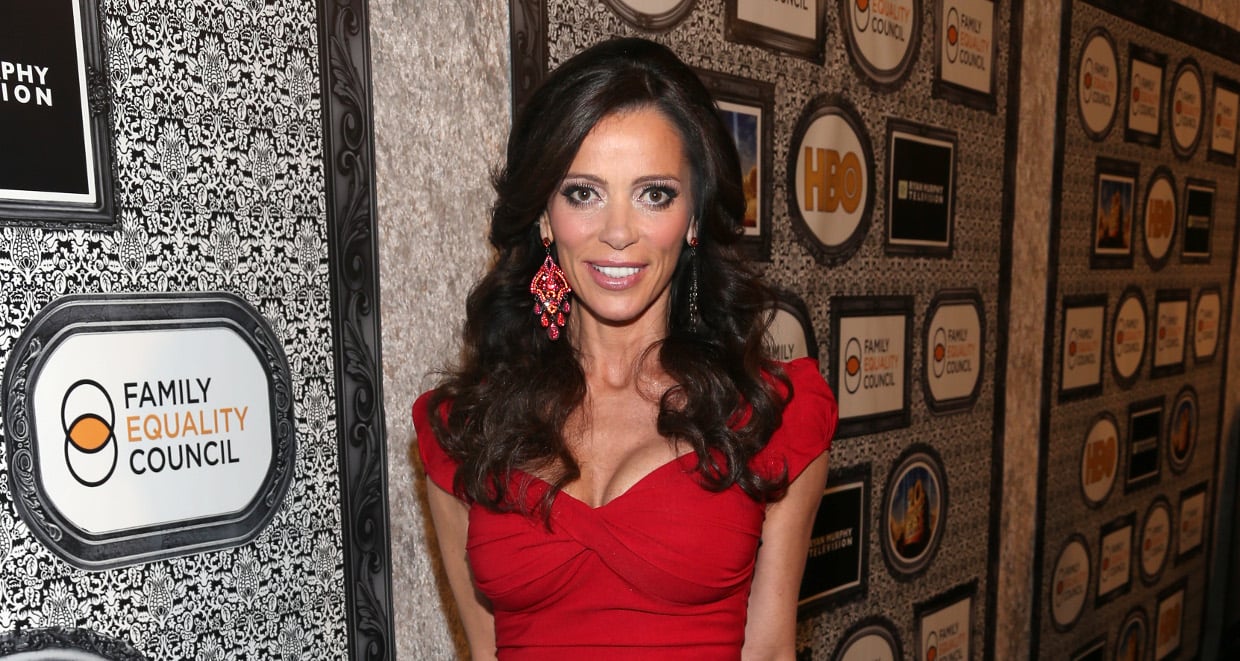 Carlton Gebbia’s appearance on The Real Housewives of Beverly Hills was her ticket to fame. Now, the reality star is back in the news after shocking allegations were made against her. Gebbia’s housekeeper has alleged that Gebbia physically attacked her in a drunken rage, according to reports. The unnamed housekeeper is also suing Gebbia for the attack. Will these allegations affect Carlton Gebbia’s net worth? Get the full scoop, right here in our Carlton Gebbia wiki!

Stars of The Real Housewives of Beverly Hills are no strangers to off-camera drama! This time, Carlton Gebbia is being sued by her housekeeper, and the details are not pretty. Gebbia’s housekeeper claims to have endured Gebbia’s offensive behavior for six years and is now taking her to court for the abuse she has suffered.

Reports also claim that Gebbia attempted to commit suicide in the past. So, keep reading to know more about Carlton Gebbia’s life, as well as the allegations made against her.

From South Africa to Beverly Hills

Born in South Africa on October 17, 1973, Carlton Gebbia’s age is 44. She grew up in South Africa and London, England, before moving to Los Angeles to pursue a career in acting.

Gebbia describes herself as a “Wiccan” and a lover of exotic and wild animals. While on the show, she was working with Wildlife Waystation, a non-profit animal sanctuary that raises funds for these animals.

The former reality star is also an interior designer. Carlton Gebbia’s house has her inimitable style all over it!

Gothic architecture and French antique pieces adorn each room of her massive mansion in Beverly Hills. And, the fireplace in her bedroom is truly magnificent!

Her Stint on The Real Housewives of Beverly Hills

Carlton Gebbia appeared on season 4 of The Real Housewives of Beverly Hills but did not make it past that one season.

There was loads of drama on that season, with Gebbia not seeming to get along with many of the other housewives, especially Kyle Richards. Gebbia, along with Joyce Giraud, did not return in season 5.

Gebbia may have left the show a long time ago, but she continues to connect with her fans through her Instagram account. Head over to her profile for more of Carlton Gebbia’s Instagram pics.

#fuckcancer Amazing night for a great cause through the eyes & lens of sublime visionary @tjscottpictures thku???

Carlton Gebbia’s now-estranged husband is David Gebbia, a wealthy businessman in Beverly Hills. David Gebbia’s businesses are spread across the finance and real estate sectors, as well as the NBA and NFL.

Carlton Gebbia had called her husband her “soulmate.” But sadly, the couple is now heading for divorce.

Gebbia had revealed last year that the couple was separating but were still sharing their home.

“It was never a verbal decision between him and I. It just sort of happened naturally. It was a gradual breakup of our relationship over a period of time,” said Gebbia.

Gebbia added, “This man was my soulmate for 20 years and never would I have imagined this. He was my everything, but we’ve been together a long time. …[It] is wonderful now to know that we can still continue to be partners because we had always worked so well together in the past.”

The couple was married for 20 years. They have three children together; daughters Destiny and Mysteri and a son named Cross.

According to reports, David Gebbia filed for divorce in November 2017.

With her appearance on RHOBH and marriage to David Gebbia, Carlton Gebbia has an estimated net worth of $150.0 million, according to sources. But her whopping net worth is sure to be dented with reports of Carlton Gebbia’s divorce and a lawsuit.

Gebbia has been accused by her housekeeper of physical assault. The housekeeper alleged that Gebbia was often drunk and abused her physically and emotionally during the time she worked in Gebbia’s home.

The housekeeper said that the final straw was when Gebbia broke the TV screen with a baseball bat in a drunken rage. She texted Gebbia’s husband to let him know what happened, When the housekeeper tried to calm Gebbia down, Gebbia got angry, shouted at the housekeeper, and pushed her so hard, she fell against the door.

Reportedly, the housekeeper was severely injured and was given a couple of weeks off work. According to the lawsuit, when she returned, Carlton Gebbia fired her.

Also, the housekeeper said that she witnessed Gebbia’s troublesome behavior over the last six years and referenced one instance where Gebbia allegedly jumped off the second story of her Beverly Hills home.

Carlton Gebbia’s rep did not have anything to say when contacted by TMZ.