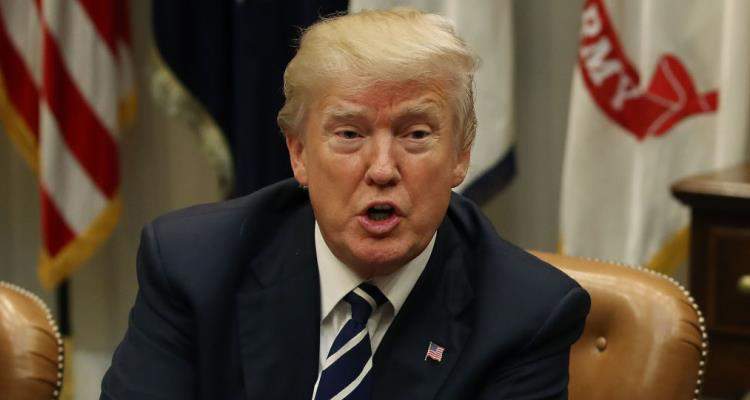 It seems like every week, there’s another resignation from Donald Trump’s White House, usually for a scandalous reason of some sort. This week, it’s Carl Higbie, who gave notice and quietly took a walk of shame from current position. But who is Carl Higbie? In this Carl Higbie wiki, we’ll take a look at this former Navy SEAL, who was appointed to AmeriCorps and then resigned in disgrace.

If you just glanced at his name, you may not realize that Carl Higbie and Donald Trump are connected. The U.S. government is a very big place, after all, and there are many people who work in top-level positions that Trump didn’t appoint. But that’s not so in the case of Carl Higbie.

Carl Higbie was born on April 23, 1983, and raised in Greenwich, Connecticut. In 2005, after dropping out of college, Higbie joined the military and ultimately ended up joining the Navy SEALS.

Carl Higbie’s Navy SEAL was somewhat distinguished, but not without some controversy. He rose to the rank of Petty Officer First Class (E-6 grade) with a rating of Special Warfare Operator, First Class. He became part of SEAL Team 10, the team that was a major part of an operation to capture Ahmad Hashim Abd al-Isawi in 2009.

Ahmad Hashim Abd al-Isawi, also known as “the Butcher of Fallujah,” was captured by the SEAL team, and later claimed that the SEAL physically abused him. The SEALs were pressured to confess, but refused, and asked for a court-martial instead.

During the court-martial, Higbie provided character information that helped lead to the acquittals of the SEAL team members involved.

Upon returning to public life, Higbie began to make inroads into the world of politics. His first major effort was running for the Republican candidate in Connecticut for Congress. While that didn’t work out for Higbie, he continued in politics in different ways.

One of the most notable positions he gained was as a spokesperson Great America PAC, a political action committee that advocated for Trump during his run for President. During the election, he was often used as a spokesperson surrogate for Donald Trump.

This was rewarded with Higbie gaining a position on Trump’s transition team, followed by his latest position as chief of external affairs for the Corporation for National and Community Service.

The Corporation for National and Community Service does a great many things, but essentially they create programs and plans to help with poverty, the environment, education, and other unmet human needs.

Carl Higbie’s time there was fairly uneventful until the time of his resignation. And then, rants from an old radio show reappeared online.

CNN’s KFile did a review of a number of audio segments involving Higbie from radio appearances. They found that these segments included multiple comments that were racist, homophobic, critical of soldiers suffering from PTSD, and about immigrants.

The comments are incredibly scary, especially coming from the head of a government organization that is supposed to help people of all races, creeds, and colors. No public protests or comments denying the clips, Higbie and his office were silent right away.

It wasn’t surprising that after CNN’s report, their next headline ended up being, “Carl Higbie Resigns.” Higbie himself finally spoke out this morning via Twitter, stating that:

“I’m sorry. I’m not sorry that my words were published, I am sorry that I said them in 2013. Those words do not reflect who I am or what I stand for, I regret saying them. Last night I informed the WH that I was resigning so as not to distract from POTUS’ many success.”