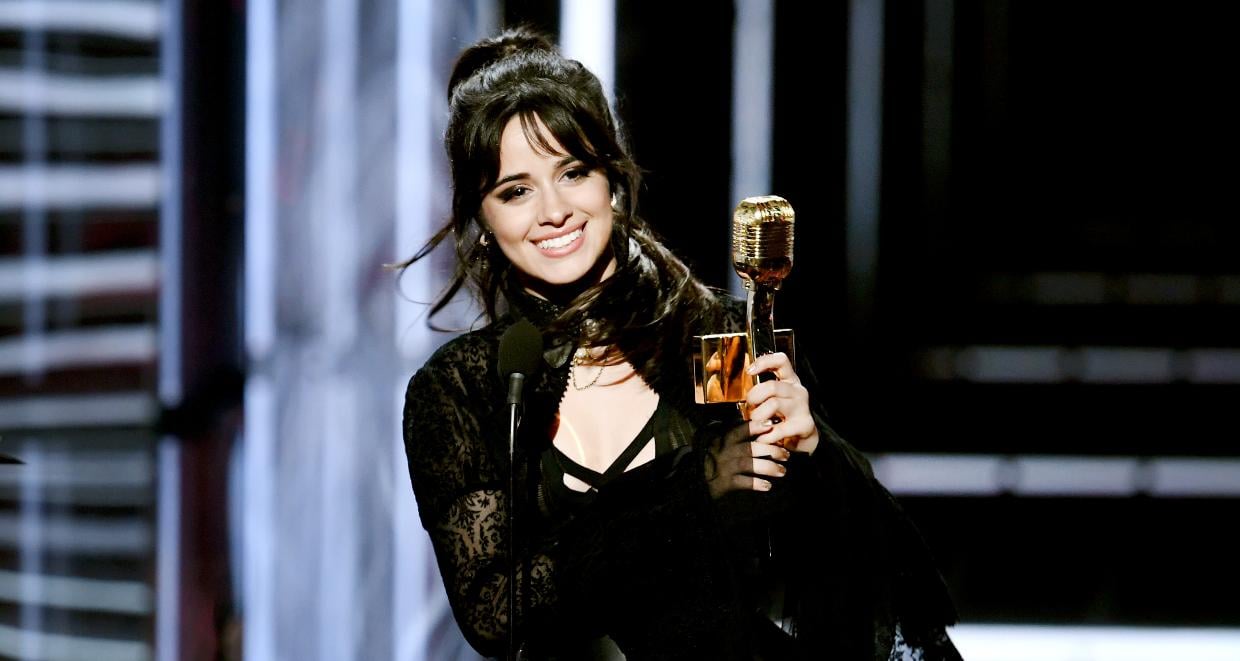 Fans have gotten used to Fifth Harmony being without Camila Cabello (or is it the other way around?) and now, as a solo artist, she just released a remix to one of her hit songs! Though her fame and wealth started with Fifth Harmony, many want to know if the young singer is making more on her own. Well, with an estimated net worth of $6.o million and rising, it’s safe to say she made the right decision to go solo!

When people heard about Camila Cabello leaving Fifth Harmony, many were shocked and wondered if she would make it alone. But now, she is proving that she is doing just fine by herself, resulting in Camila Cabello’s net worth estimated at $6.0 million.

Cuban-American singer Karla Camila Cabello Estrabao was born on March 3, 1997, in Cojimar, Cuba. Her parents are Sinuhe Cabello and Alejandro Cabello; she also has a sister named Sofia. Camila’s mother is Cuban and her father is Mexican and they moved to Miami, Florida when she was just six years old. The 21-year-old was raised in a Spanish-speaking household and her music was inspired by her heritage, R&B and pop.

(FYI: Her name is pronounced “ca-meela ca-beyo,” in case you were wondering.)

At 15 years old, she auditioned for the X-Factor in Greensboro, North Carolina, and even though she and her future group mates were eliminated, they were brought back. Celebrity judge Simon Cowell turned them into Fifth Harmony and they made their debut in 2013. Their debut single was “Miss Movin On” and it was the highest-ranking song on X-Factor at the time.

But according to reports, Cabello doesn’t make music for the money. In fact, it’s the last thing on her mind whenever she makes a hit song. Although singing is her passion and purpose in life, that doesn’t mean that a decent paycheck isn’t going to come along with it. Cabello is more interested in her fans’ responses to her music and what inspired her to make that particular song in the first place. There are no exact details on her income just yet but it’s safe to say that she’s not missing any meals and is far from ling on the streets. In fact, since departing from her bandmates, her success only seems to be skyrocketing!

While many of Cabello’s assets are unregistered, reports say she did buy a home in Miami, the place she called home when she first moved to the U.S. After being on tour with Bruno Mars and releasing her own music, purchasing her own home for her family to enjoy was the best part of her 2017.

The home also comes complete with its own pool, which is a bonus for the singer, who never had a private pool before.

Cabello is now signed to Syco Music and Epic Records and her self-titled album has sold 65,000 copies in the U.S. alone since it’s January release. While there’s no exact number yet, that could roughly translate to $1,300,000 if each CD was priced at $20.00 or less!

So far in her career, Cabello has won an MTV Europe Music Award, three Much Music Video Awards, an iHeart Radio Music Award, a handful of Teen Choice Awards, a Billboard Women in Music Award, and more!

The young artist is also into giving back and is no stranger to helping others in need. In 2016, she partnered with the Save the Children organization to create a limited edition “Love Only” t-shirt to raise awareness for equal rights for girls. She also partnered with Children’s Health Fund to help low-income families. Last year, she joined actor Lin-Manuel Miranda (as well as other Latin singers) on the song “Almost Like Praying” to benefit victims of Hurricane Maria.

Now that Cabello is on her own path, she can enjoy performing her own music without having to compromise her own ideas. Her self-titled album is out and she currently released a remix of her song “Never be the Same” featuring Kane Brown. She’s currently on her “Never Be the Same” tour and by the looks of Camila Cabello’s Instagram, she’s loving every minute of it!

In 2017, she opened for Bruno Mars on his “24K Magic World Tour” and this year, she will be opening for Taylor Swift’s “Reputation Stadium Tour.” That means fans will be seeing a whole lot more of Cabello!

On top of being on a sold-out tour, Cabello was featured on the cover of Cosmopolitan both in the U.S. and the U.K. She opened up about her obsessive-compulsive disorder and how much she enjoys being a solo singer who’s in charge of her own creativity. There’s no telling what the 21-year-old will do next or who she will do it with, but we know it will be nothing less than amazing! As she keeps churning out massive radio hits, we certainly don’t see this rising superstar going anywhere but up.