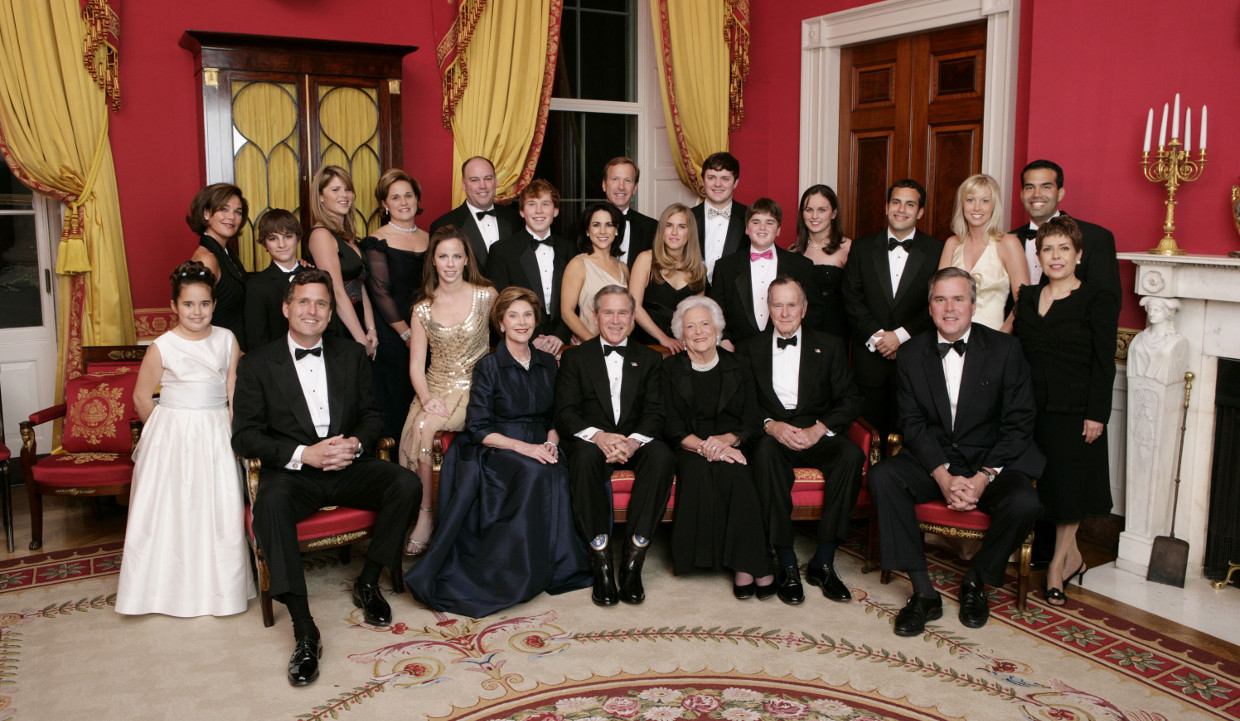 The Bush family rose to prominence in business, sports, and entertainment. But politics remains their defining field. How rich is the family led by two former U.S. Presidents? George H.W. Bush and his clan have an estimated net worth of $400.0 million in 2018. Here’s how the former first family built their wealth.

The Bush family has produced successful entrepreneurs, along with senators, governors, Supreme Court judges, and two Presidents across four generations.

George H.W. Bush and his son, George W. Bush, remain the most famous of this political clan. But even if they had highly contentious political tenures, the Bush family continues to remain one of the most well-known dynasties in U.S. history.

The Bush family’s wealth originated from business. Their ancestry dates to Rev. James Smith Bush, an attorney. His son, Samuel Prescott Bush, climbed the executive ladder in the steel industry to become one of the top industrialists of his generation.

George H.W. Bush’s son, George W. Bush, became the 43rd US President. Meanwhile, his other son, Jeb Bush, was the Governor of Florida. 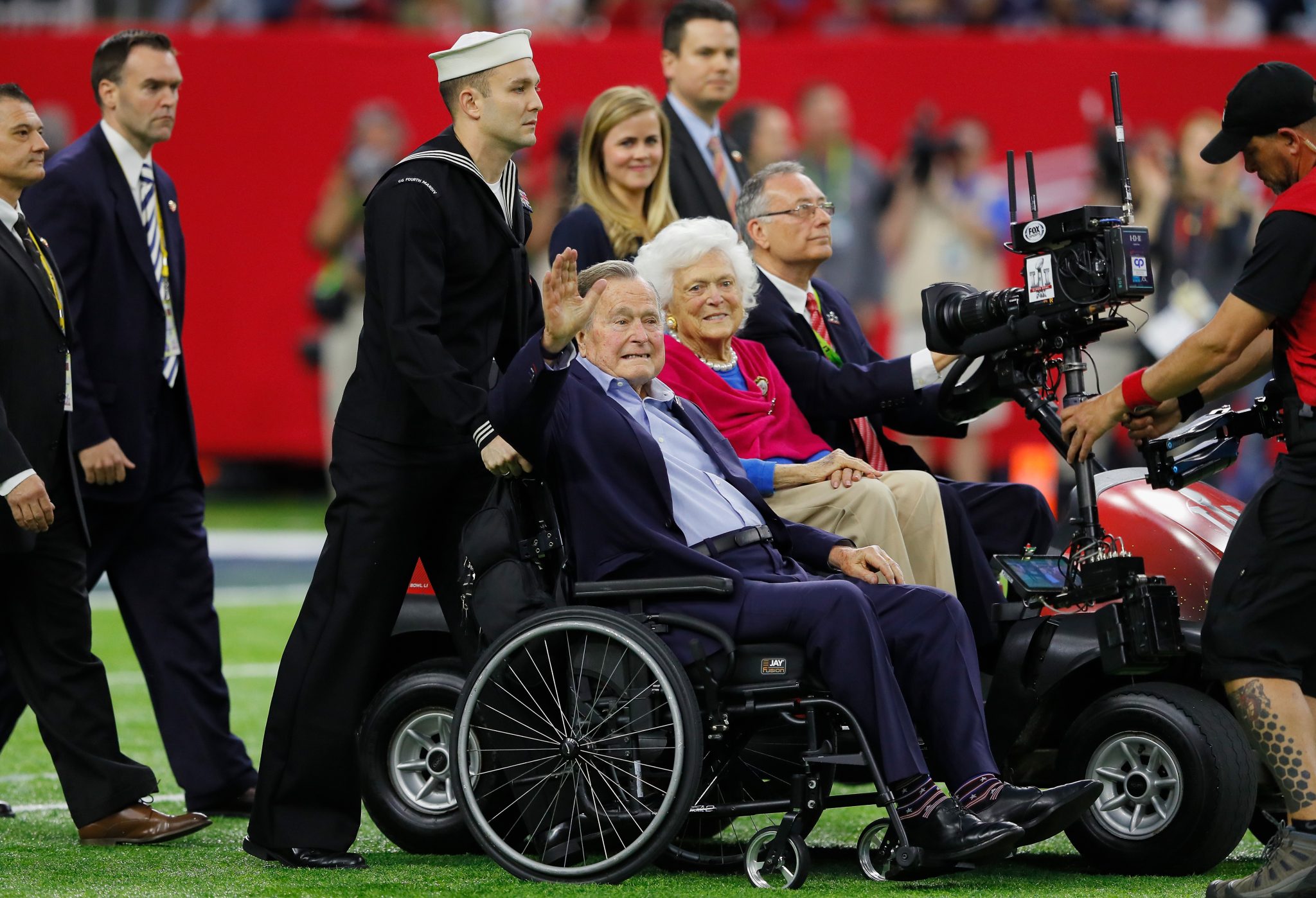 President George H.W. Bush and Barbara Bush arrive for the coin toss prior to Super Bowl 51 between the Atlanta Falcons and the New England Patriots at NRG Stadium on February 5, 2017 in Houston, Texas. Credits: KevinC.Cox/GettyImages

Although his father and grandfather showed business chops before him, it was George H.W. Bush who built the family’s wealth. At first, he received a modest $140,000 inheritance from his father.

Prescott Bush first got his son a job in the oil supply business. But he joined other partners and became an oil tycoon.

Prescott Bush invested $350,000 in Zapata Petroleum Corporation (now HRG Group Inc.) to get it off the ground. With his business savvy, Bush Sr. earned good and fast, becoming a millionaire by the age of 40 in the ‘60s. He later sold his share to venture into politics.

In 1988, the then-vice president’s holdings were estimated at $2.0 million. And according to his brother, Jonathan Bush, he had enough money to get involved in politics. His salary as VP was reportedly $115,000 a year.

Bush Sr. was not fond of public speaking. Nonetheless, he joined the list of former presidents making a pretty penny through speaking engagements.

George Bush Jr. established his independent oil business, Arbusto Energy (now merged with Spectrum 7 Energy Corp). He had taken investments from multiple wealthy personalities in the U.S., including James R. Bath, who had connections to the Bin Laden family. 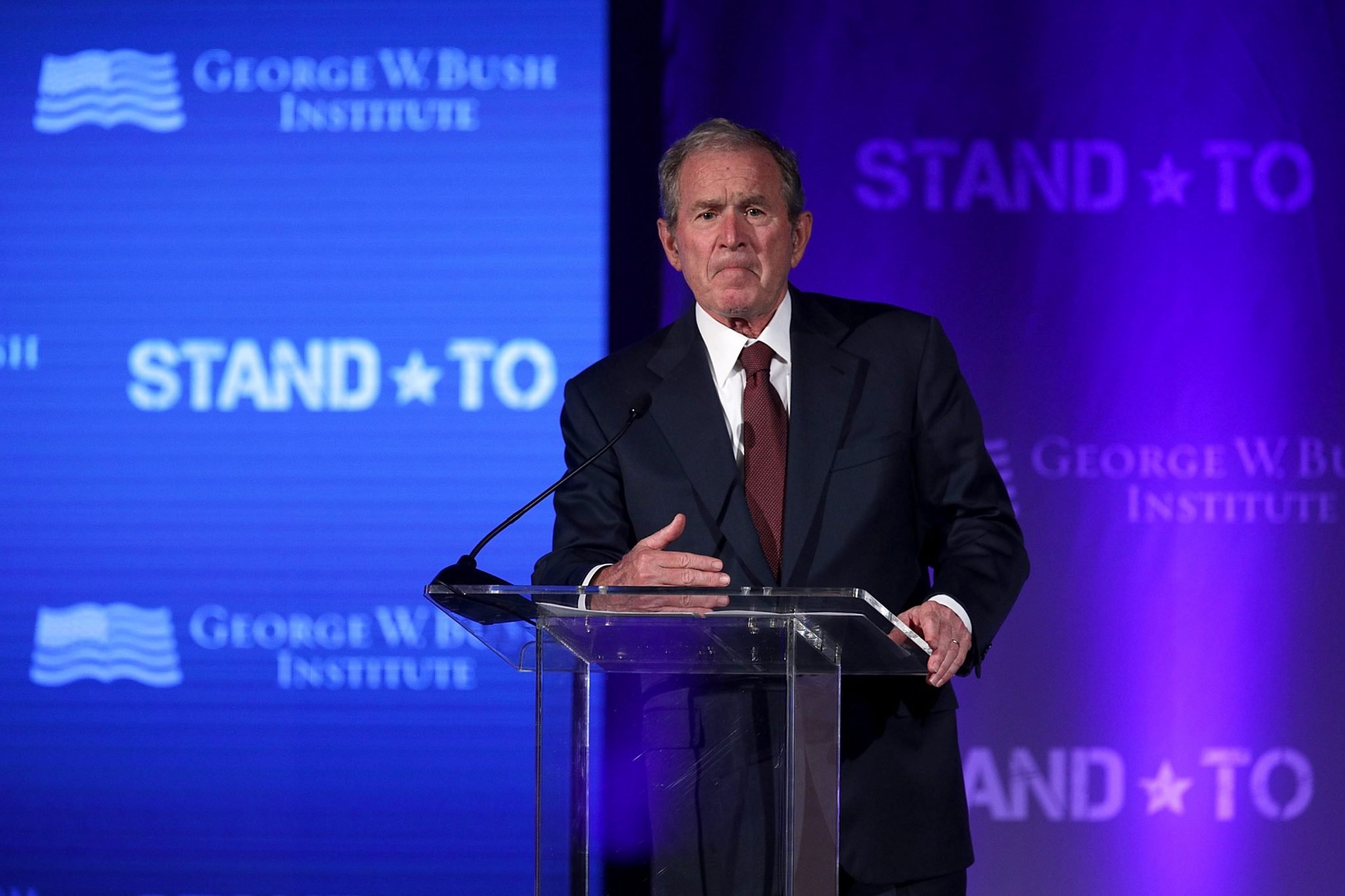 Bush Jr. also pulled in a group of investors to purchase a controlling interest worth $89.0 million in the Texas Rangers baseball franchise. He put in $500,000 and was a managing general partner. When he sold his shares in 1998, he earned $15.0 million.

While managing his baseball franchise, Bush Jr. successfully ran for Texas Governor. He scored favorably in polls and was viewed as a strong presidential candidate. However, his 2000 presidential win was one of the most contentious in election history.

Bush Jr.’s younger brother, Jeb Bush, didn’t start out in business. Instead, he moved to Florida and announced his bid for the Governor’s office at the same time as George Jr. entered the Texas race.

Post-presidency, Bush Jr. is active through speaking engagements and authoring books. A self-taught painter, he also published a book of portraits.

Just before his term ended, Bush Jr. explained his future plans to make money in the lecture circuit.

The prolific family started out in the military-industrial complex before George Sr. expanded into the oil business. Bush Jr. followed his oil magnate father’s footsteps and diversified into other prospects.

However, controversies caused the decline of the Bush family’s oil business. Currently, the oil business is concentrated in limited regions.

The family has now diversified into multiple sectors. The children of Bush Sr. who didn’t get into oil or politics are executives in investments and insurance fields. His youngest son, Marvin Bush, is a venture capitalist.

Bush Sr.’s nephew, Jonathan Bush, forayed into the technology sector. And as per the latest reports, he’s the CEO of athenahealth, a healthcare-based tech company.

The 41st president’s granddaughter, Lauren Bush, was a Tommy Hilfiger model who later worked as a designer. She’s now the CEO of FEED Projects.

George Bush’s daughter, Jenna Bush Hager, is a prolific writer and journalist. She’s often seen on NBC as a correspondent. She also had a brief career as a teacher.

The Bushes owns several homes to accommodate their ever-growing brood. But the most famous of the Bush residences has to be the Bush compound. Many a member of the political clan have spent their summers on the massive Maine property.

While Bush Jr. visits the compound several times a year, Jeb Bush is reportedly constructing a mansion there.

After leaving the White House, Bush Sr. and his wife moved to a house on River Oaks Boulevard in Houston, Texas.

Meanwhile, Bush Jr. lives on the Prairie Chapel Ranch in Texas. The property earned the nickname, Western White House, during his presidency.

While most of the Bush brood opts to keep a low profile aside from their public appearances and charity work, Jeb Bush has stirred social media more than once. When he was running for the Republic presidential nomination, Bush and his wife’s expenses raised a few eyebrows.

Jeb and Columba Bush reportedly took out loans to buy $90,000 worth of jewelry. The collection included several Rolex watches, a pair of diamond earrings worth $25,000, a $10,500 Bulgari bracelet, and an 18 karat white gold and diamond necklace worth $3,200, among other items.

In 2016, Jeb Bush came under fire on social media for showing off a personalized handgun, the pro-gun rights politician’s first firearm. Experts identified the firearm as an FN Five-seven from a Belgian arms manufacturer. That particular make costs around $1,400.

Although the Bush family chooses to stay out of the media’s attention, they are nonetheless one of the most famous families in American politics.

The Bush Family’s Net Worth Compared to Other Famous Families in the U.S.: