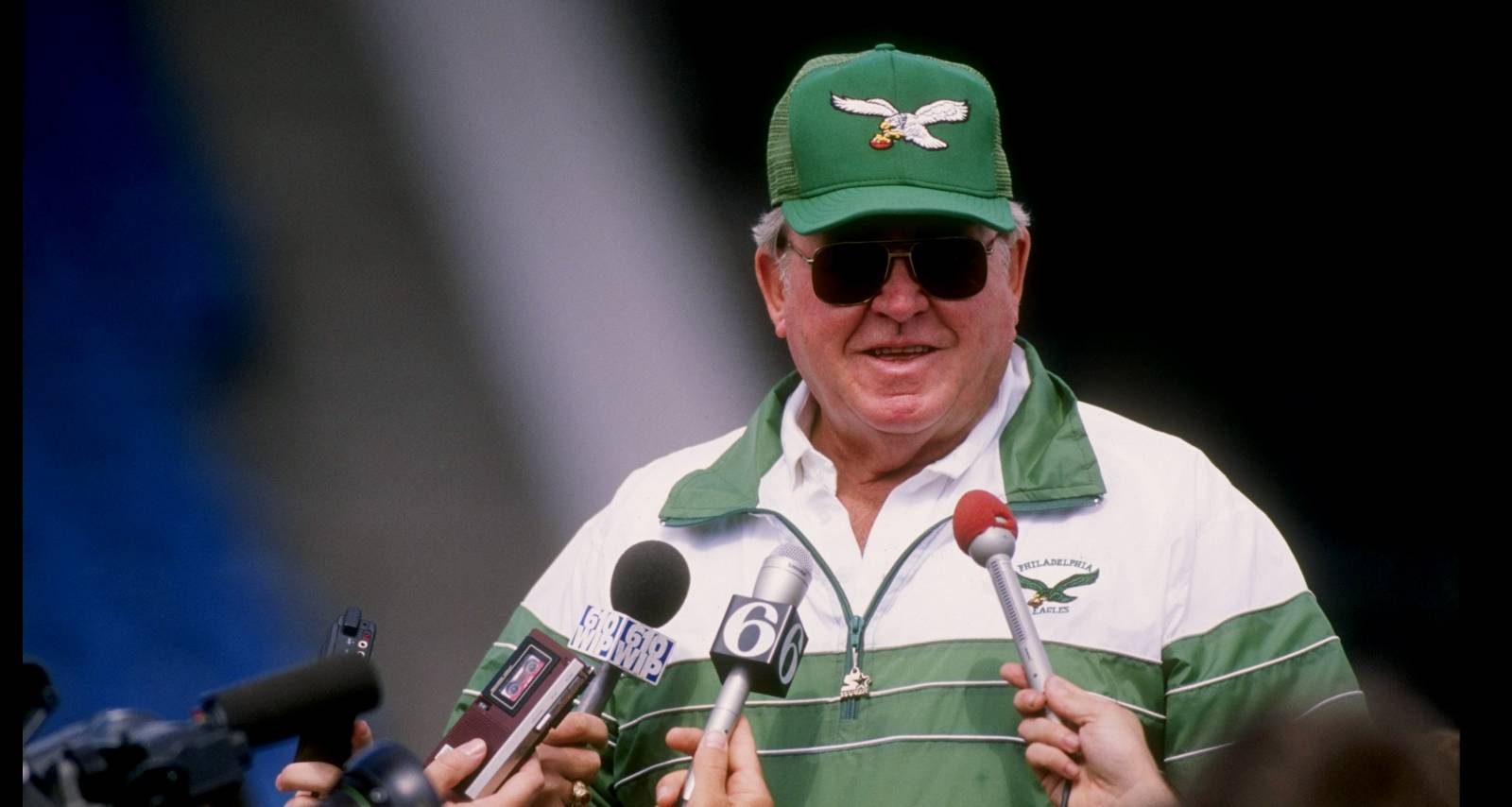 1989: Coach Buddy Ryan of the Philadelphia Eagles talks to reporters about a game against the Cleveland Browns at the American Bowl in London, England. The Eagles won the game 17-13. Mandatory Credit: Allsport /Allsport

This year, 2016, continues to be an unfortunate year for celebrity deaths as NFL great Buddy Ryan has passed away, joining his deceased wife, Joanie Ryan, in eternal rest. He leaves behind his three sons: Jim Ryan, Rob Ryan, and Rex Ryan. Ryan leaves behind a legacy that extended beyond himself in the form of his NFL-involved family. Given his recent passing, it should come as no surprise that the entire Buddy Ryan family has been trending in search topics such as “Buddy Ryan dead,” “Buddy Ryan son,” and “Buddy Ryan wife.” If these are the kind of terms you have been searching, read on and we’ll show you the answers you were likely looking for with these four facts.

A search for “Buddy Ryan death” or “Buddy Ryan age” likely means you wanted more information on the man himself. Buddy Ryan was born on February 17, 1934, making him 82 at the time of his passing. Considered a genius when it came to defense, Ryan was a coach in the NFL for 26 seasons. He helped lead the Chicago Bears to a dominating Super Bowl XX victory and helped to reform a very poor, early ‘90s Philadelphia Eagles team (hence all the “Buddy Ryan Bears” and “Buddy Ryan Eagles” searches as well). If for some reason you thought to type in “Buddy Ryan punch coach,” it was likely to find a video of a famous moment in 1993 when, as a defensive coordinator for the Houston Oilers, he took a swing at offensive coordinator Kevin Gilbride.

Typing “Buddy Ryan wife” into the search bar would have brought up results featuring two different women. Ryan’s first wife, Doris Ryan, is the mother of all three of his children and has been involved in many education reforms. She and Ryan divorced in 1962 after which she took their sons and moved to Canada for work. She eventually became the country’s first female education administrator when she was made vice president at the University of New Brunswick.

Ryan’s second wife, Joanie Ryan, met her future husband in 1968 when they were neighbors in a Bayside, New York, apartment building. The couple would marry two years later and spend many happy years together until Joanie’s death in September of 2013 due to the progression of her Alzheimer’s.

About His NFL Coach Sons

A “Buddy Ryan son” search brings up a lot of information about Ryan’s three boys, particularly fraternal twins Rex Ryan and Rob Ryan. Born in December 1962, they are both 54 years old. Rex is currently the head coach of the Buffalo Bills, while Rob is his assistant head coach. Unfortunately, Rex hired Rob just recently, during the 2016 off-season, so their father never got to see them lead the Bills together.

About His Other Son

Oh, but we said Buddy Ryan had three sons, didn’t we? Well, his third and oldest son, Jim Ryan, made the choice to not get involved with professional football—something his dad told all his sons to do, though Jim clearly didn’t listen. Six years the twins’ elder, Jim is currently a lawyer operating out of St. Louis.