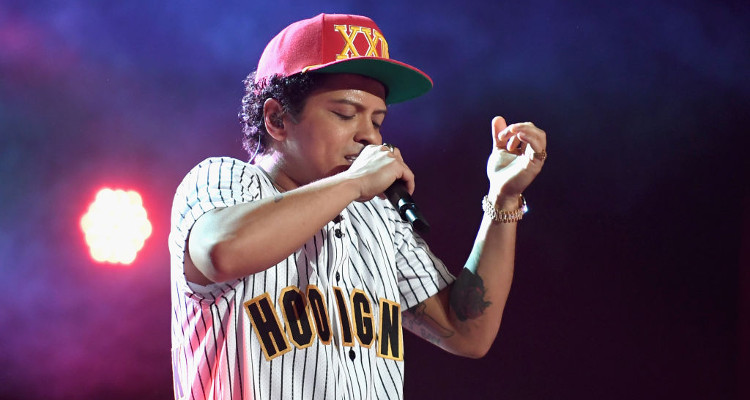 Bruno Mars’ fans finally have a reason to rejoice! The singer-songwriter is back in action after a four-year hiatus, and has recently released his newest single, “24K Magic” from his upcoming album. On October 6, Mars announced that he had finished working on his third album, and the first song “24K Magic,” would drop in three days. Eager fans are frantically searching the Internet for Bruno Mars’ “24K Magic” lyrics and the funky “24K Magic” video. Stay right where you are, because we’ll tell you everything you need to know about the hot new single’s lyrics, live stream, and music video right here.

The foot-tapping number is already getting rave reviews for its disco funk theme and glamorous music video, also released on Thursday night, October 6. The song opens with Bruno Mars exiting a private jet, where Mars and his posse head out for a night on the town. The “24K Magic,” music video was directed by Mars himself, and his long-time collaborator, Cameron Duddy. The fun-filled track is poised to be a hit, akin to the phenomenal success achieved by Mars’ previous collaboration with Mark Ronson in 2015. The groovy track “Uptown Funk,” was co-written and co-produced by Mars and went on to become the biggest single of the year.

Here is a snippet from Bruno Mars’ “24K Magic” lyrics. For the complete lyrics, visit Genius or click here.

The catchy single definitely has all the makings of a number one hit. The colorful video showcases Mars dressed in all his bling, roaming around the Las Vegas strip with his rapper squad and scantily-clad women. The song has that feel-good vibe, typical of Bruno Mars’ hip-hop songs. “24k Magic” has been written and produced by Shampoo Press & Curl, along with The Stereotypes. Mars will be appearing on NBC’s sketch show, Saturday Night Live to promote his new album, whose title has not been released yet, but will be on October 15.

“24K Magic,” is Mars’ first single from his upcoming album, which is set to be released on November 18 by Atlantic Records. It is his first album since his 2012 LP, Unorthodox Jukebox, which gave us hits chart-topping hits like, “Locked Out of Heaven,” “Treasure,” and “When I Was Your Man.” If you’re wondering how to live stream and listen to “24K Magic,” the peppy track is available to download on iTunes, Spotify, and Apple Music. Click here for more information.

It’s amazing that in such a fast-paced music industry, the four-time Grammy Award-winning singer has successfully managed to keep his career afloat, despite not releasing a single studio album since 2012. However, the 30-year-old star made sure to stay in the spotlight, by performing during the Super Bowl half-time show along with Coldplay’s Chris Martin and Beyonce earlier this year. Mars also co-wrote singer, Adele’s “All I Ask,” from her album 25. Last but not least, the Hawaiian singer (whose real name is Peter Gene Hernandez) performed his romantic love ballad, “Rest of My Life,” during The CW’s, Jane the Virgin season 2 finale episode.

It definitely looks like Bruno Mars is back with a bang! Earlier this week, he teased his seven million Instagram followers by posting, “Excited to announce 24k Magic, out this Friday!! You can call it my first single, but I call it the invitation to the party.” Take a listen to “24K magic,” and we guarantee you won’t be able to get it out of your head!