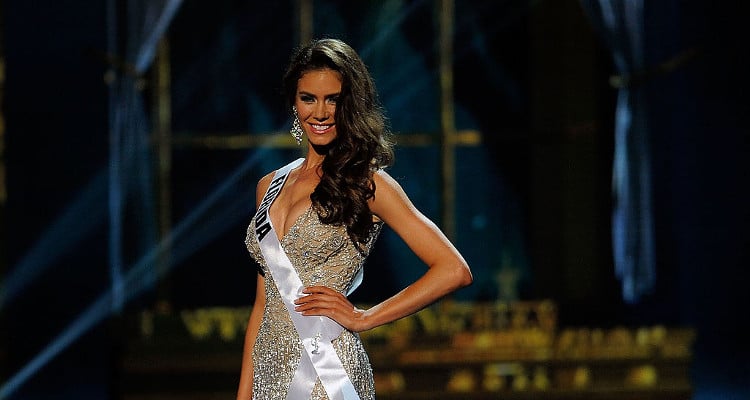 Model and beauty pageant winner Brittany Oldehoff recently opened up about her past in a free-wheeling interview with Fox News. She spoke about her time at Hooters, her father’s illness, and her successful years as a model. She also revealed that the secret of her self-confidence is her vast dancing experience.

People know Brittany Oldehoff as a swimsuit pinup girl and fashion model, but not many know that she was once a Hooters girl. The restaurant chain is known for hiring attractive women who wear revealing outfits as part of their uniform. Hooters’ reputation and hiring practices has raised some eyebrows, but the restaurant still sees success all over the country. After Brittany Oldehoff’s Fox News interview, people want to learn more about her past as she opened up about her job at Hooters and her years as a model who participated in beauty pageants. Here are some details from Brittany Oldehoff’s wiki.

Born on April 26, 1989, in Fort Lauderdale, Florida, Brittany Oldehoff’s age is 28. Brittany Oldehoff’s parents are Lori and Gregory Oldehoff who raised her with love and affection even though they worried about Gregory’s health. He ultimately died of complications from his battle with Crohn’s and Colitis disease in 2012. It left a searing memory of his endless trips to and from the hospital in Oldehoff’s mind. Now, she makes educating others about this disease one of her missions in life.

Stunner on the Runway

Oldehoff first received exposure to the fashion industry at the tender age of 10 through a local modeling school. When she was 17 years old, she went to Miami and met with several modeling agencies before signing with a prominent one. She appeared as a model on the fashion reality shows, Project Runway and Models of the Runway, in 2009. With her height of 5’11,” Oldehoff made a terrific impression on the audience as well as on industry professionals including advertisers and fashion designers. Soon, she appeared in prestigious magazines like Boca Magazine, FHM, Zoo, GQ, and Maxim. Oldehoff became the face of Conair beauty appliances and walked the runway for designers like Michael Kors, Zac Posen, Oscar de La Renta, and Chloé.

Oldehoff’s beauty was always noticed, and it came as no surprise when she won the Miss Florida USA 2014 title. She then competed in the Miss USA 2014 competition where she placed the fourth runner up. She was appreciated for the great self-confidence she showed throughout the competition —even after she once slipped on her dress. Oldehoff says that her confidence comes from her dancing ability, which she has been doing since the age of five.

There is no information about Brittany Oldehoff’s boyfriend so we cannot confirm or deny her relationship status. People who want to check out Brittany Oldehoff’s hot pics should head over to her social media accounts. Brittany Oldehoff’s Instagram is full of stunning pictures of the model in bikinis and other outfits that showcase her excellent body. There are pictures of Oldehoff with her friends, pets, and of inspiring quotes. It is clear that she is a refreshingly happy person who lights up the room wherever she goes. In her interview with Fox News, Oldehoff spoke about her modeling and pageant years as well as her time at Hooters. She says that contrary to what people think, Hooters is a very positive place for girls and women to work, adding that they are not considered to be sexual objects. However, it is a closed chapter in her life, and Oldehoff is now focused on the journey ahead.