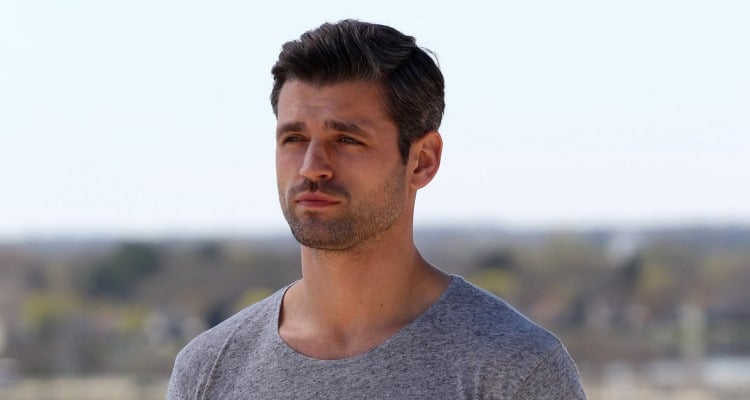 Last night, The Bachelorette fan favorite, Peter Kraus dropped quite the bombshell on Rachel Lindsay, whose heart he’s in competition for. He brought up a former girlfriend on their last one-on-one date and mentioned how scarred he was left by the relationship. He admitted that he couldn’t guarantee that he’d be ready to propose to Rachel if he was the last one standing at the end of the show. Peter told her that he blamed himself when he ended things with his ex-girlfriend—a breakup he doesn’t seem to be completely over. After hearing about Peter from The Bachelorette’s ex-girlfriend and their breakup, Rachel asked if he was ready to open himself up to the possibility of a new relationship, but the answer wasn’t quite what we were expecting. If you’re dying to know more about the girl who Peter can’t seem to let go of, you aren’t the only one. Keep on reading to find out more about Peter Kraus and Brittany Hansen.

Who is Brittany Hansen, the mystery girl that may still have a hold on Peter’s heart? She’s a beautiful brunette, who’s just as much brains as she is beauty. According to her LinkedIn page, she graduated from Minneapolis Community and Technical College with a Bachelor of Business and Administration, which scored her a sweet gig with Red Bull! She worked as their brand specialist with Johnson Brothers Liquor Co. before being promoted to the On-Premise Manager. While Brittany Hansen’s age is unknown, we do know that her relationship with Peter dates back to 2014. The two were an extraordinarily attractive couple, so maybe we can understand why he’s still hung up on her. We also have reason to suspect that she isn’t completely over him, either—Brittany Hansen’s Instagram page still features a few snapshots of them as a couple:

Brittany Hansen’s pics online don’t seem to feature any current beau. Could she be waiting for Peter with hopes of rekindling their love? Peter is a woefully honest man, so we wouldn’t exactly be able to blame her. Only time will tell which beauty Peter will end up with, if either.

Are There Some Loose Ends?

When Rachel asked Peter about whether he was actually ready to open himself up to someone new, he said: “I hope to be ready to give my heart up to someone else. I can only say that I think that I am so if I get to the end of this with you and I do get down on a knee and propose and we’re engaged, I want it to be because that’s 100% where my heart is at, at that time.” A little surprising, no? We thought that since he was on the show battling it out for Rachel’s hand in marriage, he’s be 100% committed throughout the season—not seemingly hung up on ex-girlfriend Brittany!

What did Rachel have to say about Peter’s unexpected confession? She was a little scared, and understandably so. She noted that his honesty scared her because he was someone she could really see a future with, so what would happen if he was the one she chose and by the end, he wasn’t ready to get down on one knee and pop the question? This is Rachel’s second time looking for love on national television, and something tells us she won’t want there to be a third.

Next week Rachel will be meeting Peter’s parents for the first time, so it should be interesting to see where things go from there. Tune into ABC mon Monday at 9/7c to see what happens next between Peter and Rachel!

Until then, check out the drama filled preview to the hometown dates below!