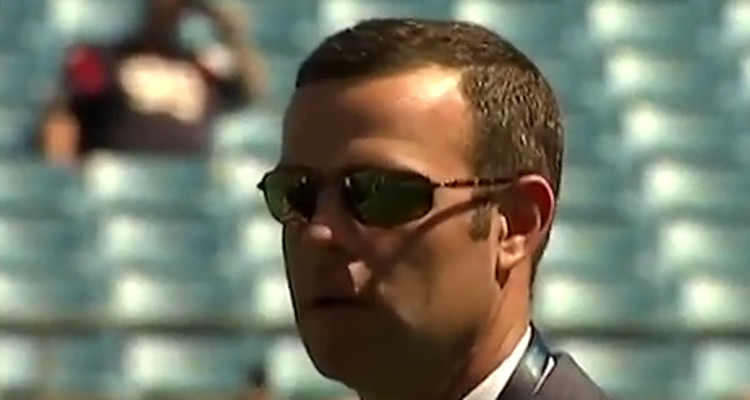 Congratulations Brandon Beane! The Buffalo Bills have a new general manager and fans going wild. On Tuesday (May 9), the Bills announced that they have hired Brandon Beane as the new GM to replace Doug Whaley. The Bills fired Whaley along with his scouts, after the draft. Beane, a close associate of Bills coach Sean McDermott, received a five-year deal that runs concurrently with the pact for Buffalo’s new head coach. Before the Bills, Brandon Beane was the assistant manager of the Carolina Panthers. Here’s our Brandon Beane Wiki for you to learn all the juicy details about the new man in charge.

Born and brought up in Stanly County, North Carolina, Brandon Beane attended South Stanly High School. With an aspiration to be a professional football player, Beane started playing at quite an early age and excelled at the quarterback position.

But unfortunately, Beane’s hopes of making it to the National Football League (NFL) were crushed in his senior year of high school, when he tore an ACL in the first quarter of play. After his injury, Beane coached the JV basketball team. He attended UNC-Wilmington on a North Carolina Teaching Fellowship. Initially, he would have settled for a high school coach, but a meeting with a staff member of the NBA’s Orlando Magic turned him around, and Beane switched majors to communication studies.

We have our GM. Brandon Beane has been named the General Manager of the Buffalo Bills! pic.twitter.com/z81rG3mp8N

Realizing his bet to succeed was in public relations, Beane took up communication studies at UNCW and graduated in 1998. Before interning with the Panthers, Beane also worked with the Charlotte Touchdown Club, in the summer of 1997.

The NFL was Beane’s passion, and so, he resorted to another way to reach the NFL grounds. After graduation, he started interning for PR with the Panthers’ media relations office, and gradually worked his way up to lead the organization by assisting former Panther GM, Marty Hurney.

In his 19 years of experience with the Panthers, Beane gained expertise in nearly every facet of the Panthers personnel department before becoming the director of football operations in 2008, and the assistant GM in 2015.

With his incisive insight and shrewd game tactics, he led the Caroline Panthers to excel in many games.

40-year-old Brandon Beane has now been hired by the Buffalo Bills, after the conclusion of the 2017 NFL Draft.