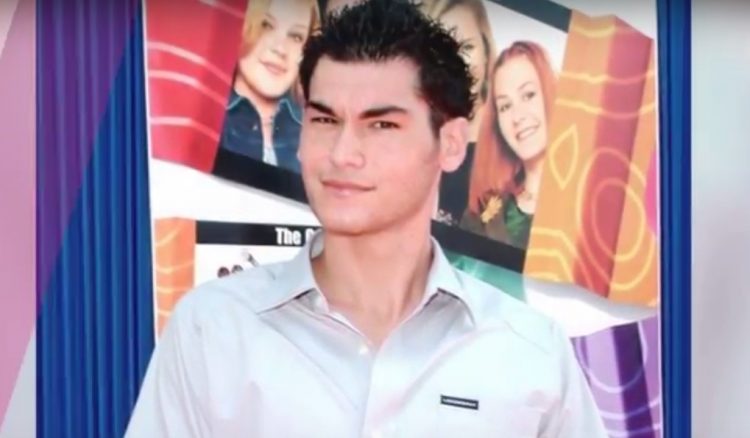 Hollywood has been rocked by another tragic loss, as actor Brad Bufanda committed suicide at the age of 34 years by jumping off a building. He left behind a suicide note where he named his parents and thanked his friends. His career had tottered in the last few years, and he was trying to make a comeback in films. He had posted several upsetting pictures on his Instagram account in recent years.

More bad news continues to cause sadness in Hollywood as actor Brad Bufanda is found dead in Los Angeles, California. Brad Bufanda’s cause of death appears to be suicide.

Law enforcement sources state that Bufanda jumped off a building, and his lifeless body was found by a homeless person shortly after midnight. Bufanda was pronounced dead at around 1:00 a.m. on Wednesday, November 1, 2017.

According to sources, a suicide note was found either on his body or on the pavement nearby, in which Bufanda thanked his friends and named his parents. He committed suicide at the young age of 34 years old by jumping off his residential building in the 300 block of South Fuller Avenue in the Park La Brea community of Los Angeles. His suicide has come as a complete shock to his family and friends.

Born as Fred Joseph Bufanda III on May 4, 1983, in Upland, California, he later legally changed his name to Brad Bufanda. Bufanda began his professional acting career in 1994 by acting in the action movie, Pocket Ninjas. He then started acting in TV commercials shortly afterward.

At the age of 12, Bufanada acted in the ABC weekend special, The Secret of Lizard Woman. Bufanda also appeared in various TV series like Roseanne, Hangin’ with Mr. Cooper, Sons of Anarchy, CSI: Miami, Days of Our Lives, Malcolm in the Middle, Boston Public, and Veronica Mars.

Bufanda acted in films as well, like A Cinderella Story, Stone & Ed, Dark Tourist, and Garlic and Gunpowder. He was filming the movie, Stan the Man, when he decided to take his own life so suddenly.

In the last few years, Bufanda’s career had not turned out the way he expected. He posted several messages on social media where he complained about his declining Hollywood career.

Bufanda had lost a lot of weight and appeared very thin in the posts. He posted a selfie of himself posing in the mirror, looking incredibly skinny, with the caption “Too pretty for #Hollywood.”

The young actor also posted pictures of his royalty checks written out in very small amounts. And, one of them had the caption, “F**k Hollywood.”

Bufanda’s social media feed was full of nostalgic career highs from his younger days. The worst thing about his suicide is that his career had seen an upswing recently, and he had filmed two back-to-back films.

Suicide Comes as a Shock

There is no information on Brad Bufanda’s net worth. But considering that he had acted in several films and TV series over the years, he must have had some money.

Bufanda’s suicide was unexpected. His manager, Kirsten Solem, said that Bufanda did not struggle with substance abuse and had never shown any outward signs of an emotional struggle.

Solem requested privacy for the late actor’s family and told The Hollywood Reporter, “We are completely devastated for he was an extremely talented young actor and wonderful, caring human being. He was reviving his career having just completed two movies, and we are shocked and saddened by his passing. The family would appreciate privacy at this difficult time.”

Although it’s not clear what eventually drove Bufanda to commit suicide, he had posted some disturbing messages on his social media accounts.  In one post, he expressed his desire to copy Christian Bale in the film, The Machinist.

Bufanda wrote: “and I’m gonna get skinnier too….like the machinist….I wanna play a cancer patient or something similar so I can connect w the families who are dealing w health issues like my family.”

Brad Bufanda’s Instagram account is filled with pictures of him standing bare-chested in front of the mirror, hanging out with his friends, some checks, bicycles, and laptops. Brad Bufanda’s images are disturbing, as he looks painfully thin in them and appears to be in a negative frame of mind.

There is currently no information about Brad Bufanda’s girlfriend. So, we can’t comment on his relationship status at the time of his tragic death.

Bufanda was a talented actor who had given good performances over the years, and his Hollywood career appeared to be making a comeback. His violent death of his own accord has taken Hollywood by surprise as he was considered an actor of immense promise.

We offer our condolences to his family in their hour of grief.