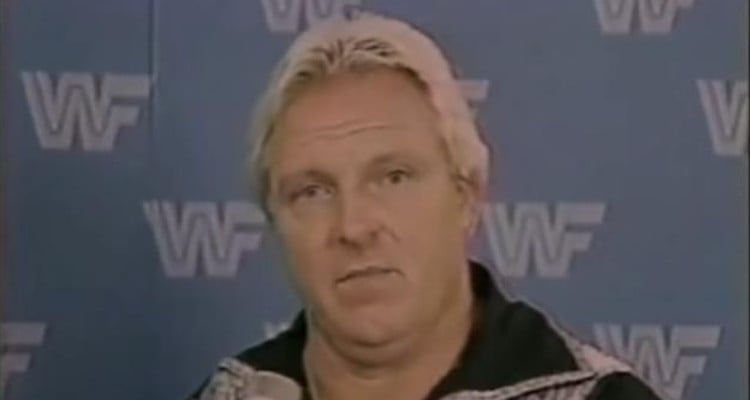 The pro-wrestling circuit mourns the loss of a legend today. Bobby Heenan, known to his avid followers as “The Brain,” passed away, as confirmed on Sunday (September 17). He was famous for being the “greatest manager” in the WWE.

Bobby “The Brain” Heenan, WWE’s most famous manager and commentator, and an icon in the pro-wrestling world, passed away. He is credited with bringing the Heenan Family to the WWE.

Heenan has had one of the most colorful careers in wrestling history, and made many achievements. Find out about The Brain’s career, net worth, cause of death, and more in our Bobby Heenan wiki.

Growing up in Chicago and Indianapolis, Heenan was always a fan of the local wrestling circuit. He started out his professional wrestling career carrying bags and jackets for the pros and selling refreshments at the events. He dropped out of school in eighth grade to support his mother and grandmother. At that time, he got his first break as a heel manager (wrestling jargon for a pro, booked by a promoter to play the antagonist).

Heenan became a professional wrestler in 1965. He earned the moniker “Pretty Boy” as he’d successfully rile up crowds for a fight with tough talk, but cowered when it actually came to a physical fight.

As a manager, he would give interviews on behalf of the heels and even cheat on their behalf.

Heenan spent a large part of his career in the American Wrestling Association and the World Wrestling Entertainment. In 1967, he was both a wrestler and manager in the Indianapolis-based WWE. There, he managed Angelo Poffo, Chris Markoff, The Assassins, The Valiant Brothers, and The Blackjacks.

The wrestling icon was part of a kayfabe storyline where Guy Mitchell from The Assassins played his brother. However, after a dispute over pay with owner Dick the Bruiser, Heenan parted with WWE on bad terms. As a result, he joined the AWA in 1974, where he became known as ‘The Brain.”

While he was gaining popularity in the AWA, Vince McMahon lured him back to WWE. He managed several heavyweight champions and even had his fair share of feuds. His injuries during his second stint at WWE made it difficult for Heenan to continue the physical task as a manager, so he became a color commentator.

…one of a kind. pic.twitter.com/2uM1qpWHaF

He Founded “The Family”

Heenan’s greatest brainchild was creating “The Heenan Family,” a group of heel wrestlers he managed. He formed it when he was in the AWA initially with Nick Bockwinkel, Ray Stevens, Bobby Duncum Sr., and Blackjack Lanza. The Heenan Family expanded and saw several changes in its lineup, but Bockwinkel remained the most popular member.

Big John Studd became the first WWF member to join the Heenan Family, and the alliance’s first target in the WWE was André the Giant. Heenan orchestrated a long-running feud between Studd and André.

But eventually, André joined the Heenan Family, too. And at one point, Heenan managed André and King Kong Bundy, two contenders for Hulk Hogan’s Wrestlemania’s title.

Today we lost one of our legends.

Im just happy the last words I said to him were, "I love you Bobby."

He was Gorilla Monsoon’s co-host on Prime Time Wrestling and All-Star Wrestling on the USA Network. He became memorable for his many ‘Heenanisms’ and playfully annoying Monsoon. Some of his quotes, from his lame jokes on Koko B. Ware’s mother to changing his opinion in less than a second, will forever be remembered.

With neck injuries impeding his ability to work, Heenan retired from broadcast in 1993. But he put his retirement on hold for a stint at World Championship Wrestling and few more broadcast appearances. Throughout his career, he earned a net worth of $5.0 million.

The wrestling star was married to Cynthia Jean Heenan, and they have one daughter, Jessica Ida Heenan Solt.

According to reports, Heenan was surrounded by his family when he passed away. He was 73 years old. He is survived by his wife of over four decades, their daughter, and their grandson, Austin.

WWE confirmed Heenan’s death on Sunday, but the official cause hasn’t been revealed. His daughter admitted that he had been ill for a while, but his death was “sudden.”

Heenan has battled several health problems in the recent years. It is believed that he died of complications from his cancer battle.

In 2002, he was diagnosed with throat cancer. He survived the cancer but lost a lot of weight, which changed his voice and appearance.

Heenan had reconstructive surgery in 2007 to repair his jaw, and was in a medically-induced coma for a few months. After being brought out of the coma gradually, it took him a while to be able to form sentences again. But his recovery was hampered when the reconstructed jaw became infected. He also fought tongue cancer and several injuries from accidents.

After “The Brain” passed away in his Florida home, condolences have poured in from the wrestling community. The WWE was the first to make a statement. Bobby Heenan’s off-the-ring friend Hulk Hogan, as well as Triple H, Jim Ross, Ric Flair, Mike Foley, and many others shared their grief.

Worked with Bobby Heenan from 1980 until my career ended,learned new things from him ever single day,love u my brother rip. HH