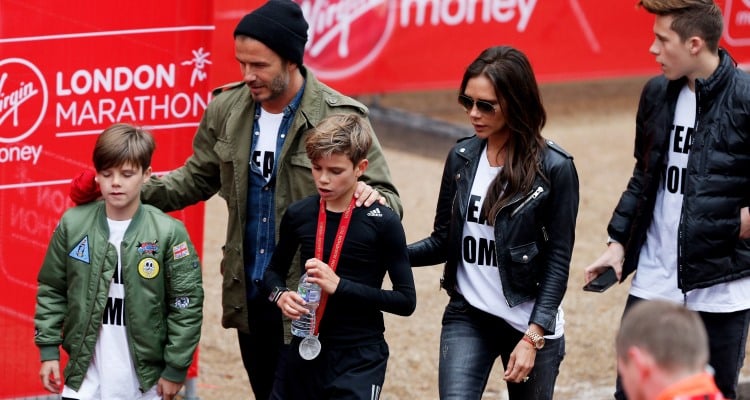 Soccer legend, David Beckham’s family took a much-needed vacation in Whistler, British Columbia, Canada to go snowboarding. David took to Instagram to post some adorable photos of his family on the slopes! Check them out here!

Former soccer star, David Beckham isn’t normally one to post many photos on Instagram, but lately the 41-year-old has been very active on the social media app. He captioned his latest post, “Don’t usually post so many but it’s so beautiful up here plus having a special time so before anyone else sells pictures of the family I wanted you guys to see them first ❤❤❤❤❤. Btw my first time ever boarding or even on the slopes.” Though he’s likely more comfortable on dry land behind a soccer ball, it looks like the father of four didn’t do too bad for his first day on a board! 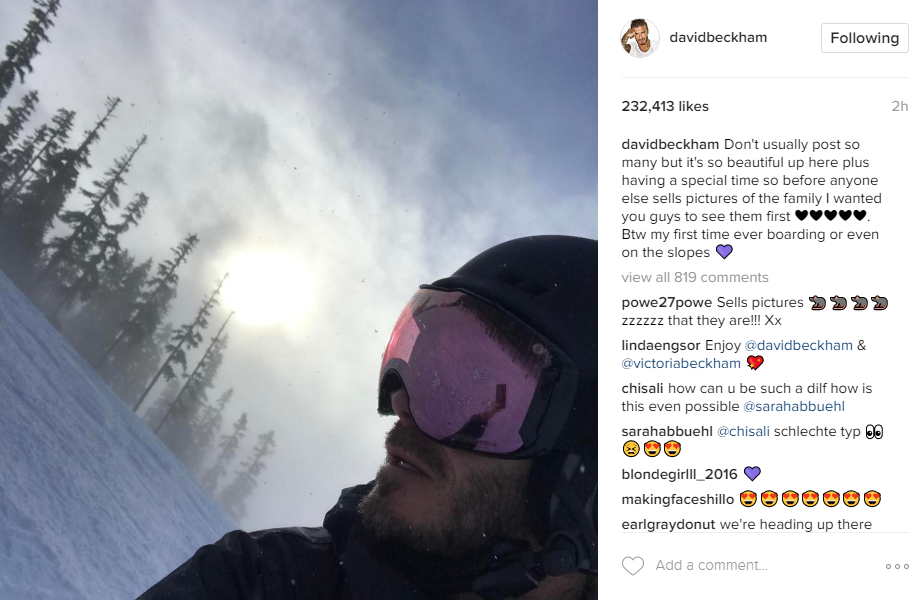 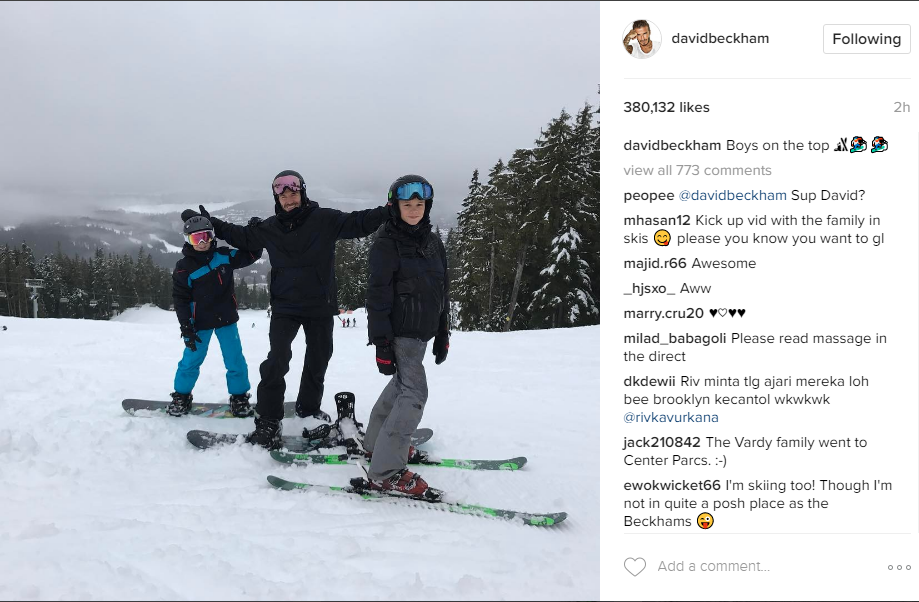 Former Spice Girls member Victoria Beckham was also in attendance for the family day on the slopes, as her sons Brooklyn (17), Romeo (14), Cruz (11), and daughter Harper (5) zipped around the mountains on their skis and snowboards. She posted a picture of her own captioned, “Mummy and me ???? x vb.” Aside from all the fun everyone was having, there was one problem: Brooklyn hurt his arm! Just hours after arriving at the ski resort in Whistler, the oldest child injured his arm after taking a fall down the slopes. Due to his injury, Brooklyn had to miss out on the rest of the family fun. Photos have circulated online with Brooklyn’s arm in a sling, as well as other photos of the famous British family having fun on their little winter getaway. 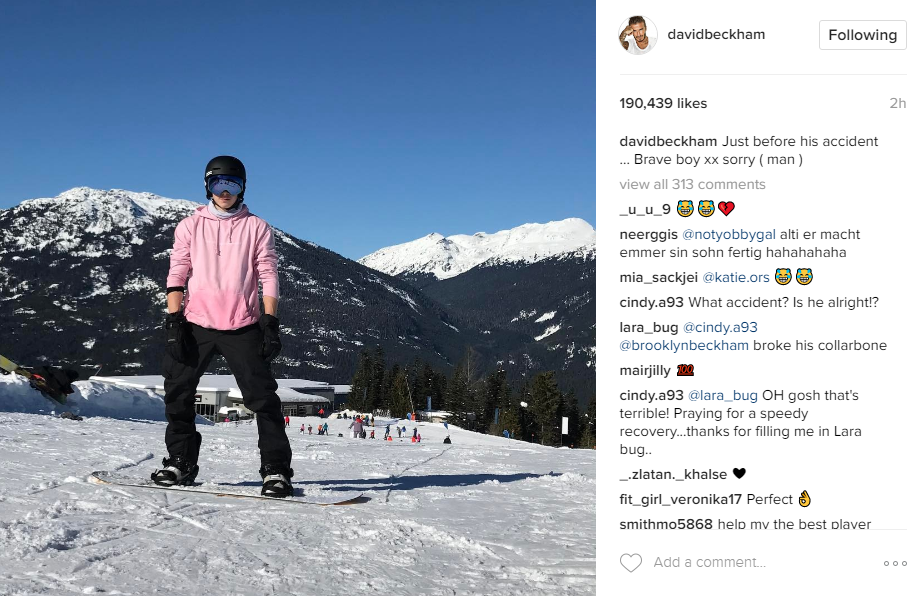