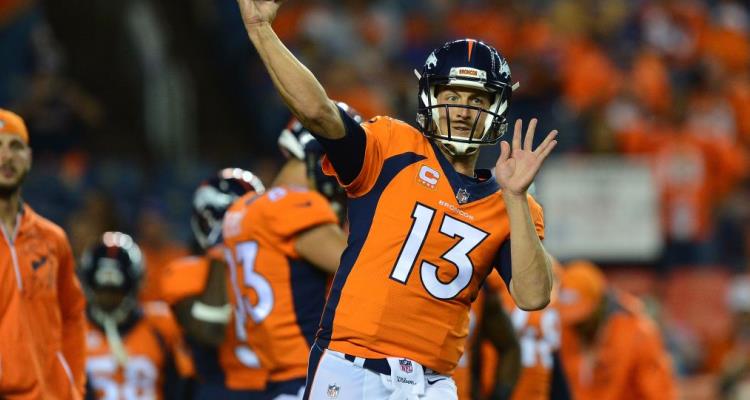 Football player Trevor Siemian played a great game on Monday, and many are saying the Denver Broncos should consider extending his contract. The player looked a lot different on the field than he did during the 2016 campaign, and he helped lead the team to a 24-21 win over the Los Angeles Chargers. If you want to know more about the player and Trevor Siemian’s girlfriend, here’s the scoop.

According to several football critics, if Siemian continues to perform like he did on Monday, Broncos Manager John Elway should offer him a new contract. It seems not even the Broncos saw Siemian coming on Monday’s game, and it may turn around their doubt in him. Considering the first preseason game against the Bears, Siemian never did anything impressive to show he could be the quarterback of the future. He was quickly overshadowed by player Paxton Lynch, and practically forgotten. Even Monday night’s game got off to a rough start for Siemian, at least until he bounced back. He played with precision and technique, and totally blew away his own team, and viewers. Now may be the right time for Elway to secure the player, especially if he keeps up this kind of performance.

All the buzz surrounding the blooming player has made people curious about his personal life, leading many to ask is Trevor Siemian married? For an NFL starting quarterback, Siemian has had a strangely small public profile. He only recently joined social media channels like Instagram and Twitter, mentioning outright that he wasn’t much of a social media guy. His Instagram account has only 17 posts, yet over 100k people follow him, possibly in hopes that he will get on the bandwagon and post more pictures! His low profile and quiet online presence has made it challenging for people to learn facts about his personal life. However, his girlfriend is quite active on Instagram. Bo Podkopacz has 164 photos on Instagram, and proudly supports her NFL player boyfriend.

She was sighted at one of his preseason games in August, and investigating fans say she’s a former Northwestern soccer player. The couple loves to travel and see beautiful sights together, as well. Bo Podkopacz’ pics reveal her to be much shorter than the 6’3” athlete, but it doesn’t seem to get in the way of their dancing skills. Check out the adorable Boomerang video below!

Bo Podkopacz’ age is unknown, but it seems she and her athletic beau have been together for quite some time–their pictures together on Instagram date back to 2012! Siemian may not be married yet, but with his recent success and growth on the field, it might be time for him to take a knee and pop the question!

Siemian is still keeping quiet on social media, but you can follow his girlfriend’s account and hope for more updates on his personal life in the near future! In the meantime, with football season back in full swing, be sure to catch the quarterback on the field during Bronco’s games!