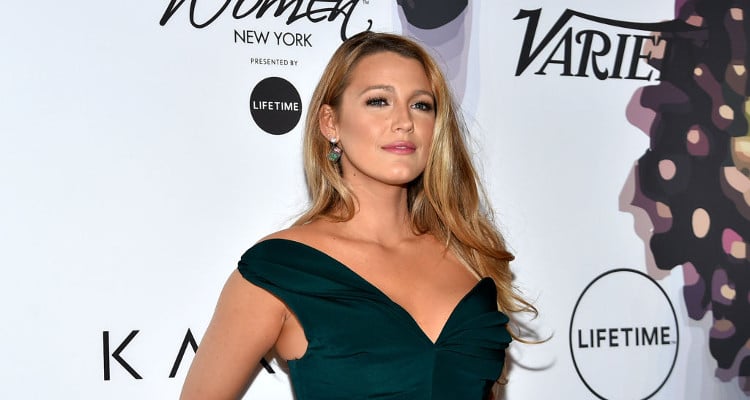 Blake Lively is a beautiful and talented actress who seems to have it all. Critical acclaim, commercial success, stardom, and most importantly, a loving family. She has carved out an enviable career for herself in Hollywood with her selection of roles in films and TV. With a healthy net worth of $16.0 million, and husband who is already well established, Lively is on a roll!

Ryan Reynolds is a very lucky man. Not just because of his success with Deadpool, but because he is married to the beautiful and talented Blake Lively. She rose to fame as Serena van der Woodsen in the TV drama Gossip Girl which aired from 2007 until 2012. Since then, she starred in several films and became one of the most sought after young actresses in Hollywood today. Lively has been acting since the age of 10 and has a stunning presence both on and off screen that captivates people. Lively and Reynolds are one of the star couples in Hollywood, and both their careers are on an upswing right now. People are curious to know Blake Lively and Ryan Reynolds’ net worth, and we have the details right here.

Born on August 25, 1987, in Tarzana, Los Angeles, to Elaine McAlpin and Ernie Lively, Blake Lively’s age is 30. She has English, Irish, and German ancestry which explains her stunning looks. Lively became interested in acting from a young age as her parents, who taught acting, would take her to their classes because they did not want to leave her with a babysitter. She started out not wanting to be an actress but instead had plans to attend Stanford University. But fate had other plans for her. Her brother Eric had his agent send her to a few auditions between her junior and senior year of high school, which is when she was cast in The Sisterhood of the Traveling Pants.

A Well Thought out Career

Lively started acting in small productions like Accepted, Simon Says, Elvis and Anabelle, and New York, I love You. Though some of her films did not fare very well at the box office, she earned appreciation for her performances. Some Blake Lively movies that brought her acclaim and modest box-office success were The Sisterhood of the Traveling Pants 2, The Private Lives of Pippa Lee, The Town, and Green Lantern which also starred Blake Lively’s husband, Ryan Reynolds. She has been selective in her choice of roles and her most recent roles were in movies like Savages, The Age of Adaline, and the horror film The Shallows. Lively has some very interesting movies lined up like the recently announced A Husband’s Secret and The Rhythm Section, as well as A Simple Favor expected to be released in 2018.

Taking Care of Her Family

Though Lively did not do much work on TV, what she did do struck a chord with audiences. From 2007 to 2012 she played one of the main characters in the teen drama Gossip Girl. She also appeared in a few episodes of Saturday Night Live. With the huge demand for her in Hollywood, people are surprised that Lively hasn’t done more work. Her small list of credits is mainly because she has been taking care of her husband and two daughters. Blake Lively’s kids are named James and Ines, and the couple are very private about their daughters. In fact, it was not until several months after Ines’ birth that the media knew her name. The couple can take great care of their kids thanks to the healthy paychecks they receive. Blake Lively’s salary for Gossip Girl was a cool $60,000 per episode thanks to which her net worth is a healthy $16.0 million. Her hubby is not doing badly either because Ryan Reynolds’ net worth is a hefty $65.0 million. With a loving family at her side and a head for choosing the right roles, Blake Lively is all set for a fantastic career in Hollywood.