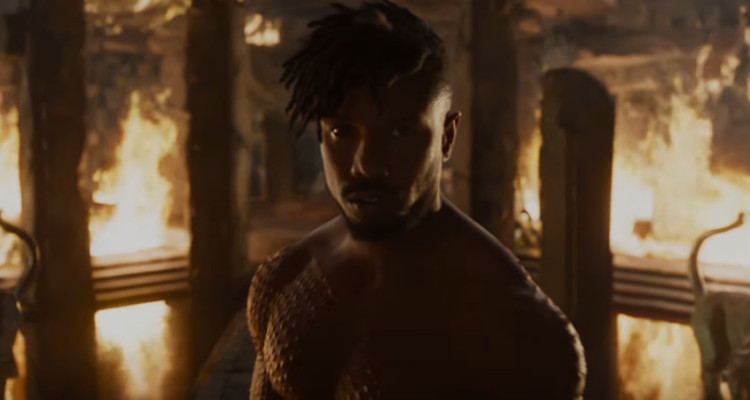 Black is the color to sport this season, and no one wears it better than Marvel’s Black Panther! A new trailer for the upcoming superhero flick aired during Monday night’s College Football Playoff National Championship game, and we are super excited for this new MCU offering.  In case you missed it, we’ve got a Black Panther trailer breakdown for you right here!

What else do we know about the movie from the trailer? Here’s an inside look at Black Panther.

What Is Black Panther About?

First, a little introduction to the franchise. The world first got a cinematic glimpse of this masked hero in Captain America: Civil War and fans have been waiting for a solo Black Panther movie ever since.

Black Panther tells the story of T’Challa, played by Chadwick Boseman, the young king of Wakanda, a secluded but technologically superior country in Africa. The film revolves around T’Challa’s journey as both king and Black Panther, as he takes over the throne following his father’s death in Civil War.

He may be king by day and masked crusader by night, but T’Challa’s ability to carry out both roles efficiently is tested when enemies reappear to take him down.

Wakanda’s scenery will be the backdrop for many a battle—there’s more coming in Avengers: Infinity War, too—and we can’t wait!

Did you know Wesley Snipes wanted to don the suit and play the Black Panther back in the ‘90s? Although that project never saw the light of day, fans can agree that Chadwick Boseman is perfect for the leading role.

One of Black Panther’s producers, Kevin Feige explained that Boseman’s character is “a bit of a prince, he may even become a bit of a king, but it’s all about how this isolationist country [of Wakanda] meets the world.”

The star-studded Black Panther cast also includes Forest Whitaker, Lupita Nyong’o, Michael B. Jordan, and more. We love that so many fan-favorites will be back on the big screen—and in the Marvel Universe, no less!

The movie also reunites two stars of The Hobbit, Martin Freeman and Andy Serkis, who revives his role as the eccentric villain, Klaw. If the opening scene of the trailer is anything to go by, we have a blockbuster in store!

What’s Different about the New Trailer?

Monday night’s trailer did not have any new reveals, but it gave us a closer look at some of the movie’s characters like Zuri, played by Forest Whitaker, Ramonda, played by Angela Bassett, and one of Black Panther’s adversaries Erik Killmonger, played by Michael B. Jordan.

The new trailer especially gives more insight into Erik Killmonger’s character, who reveals what he is really after—Wakanda’s advanced weaponry—in his mission to destroy T’Challa and the kingdom.

In terms of action, the latest trailer seems to be the best one yet. Non-stop action, excellent cinematography, and Kendrick Lamar’s newest single, the trailer checks all the boxes for a must-watch movie experience!

After the success of Marvel Studio’s Guardians of the Galaxy Vol.2 and Thor: Ragnarok, as well as the release of the Avengers: Infinity War trailer, excitement and expectations are high for Black Panther!