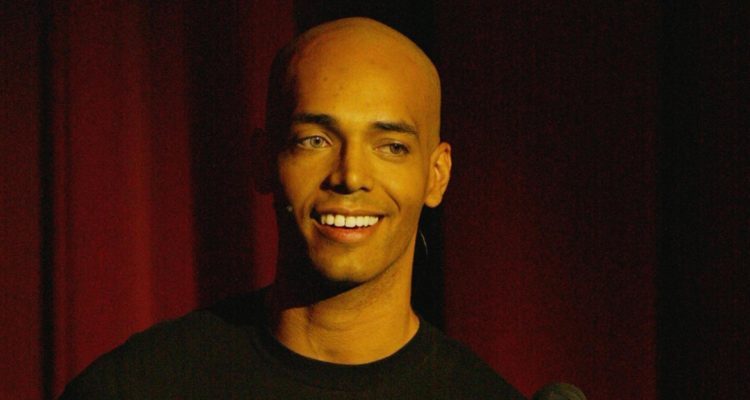 Billy Blanks Jr., the son of fitness guru Billy Blanks, was interested in music, dancing, and fitness training from a young age. He introduced his own fitness regimen, the “Dance With Me” system, for those who wanted to have a fun, exciting, and relaxing workout. Today, he has a fitness empire with instructors teaching his “Dance It Out” program to thousands of enthusiasts across the world. He faced many hardships on his way but always believed in the power of love and family to show him the way forward. Here are some details about him from Billy Blanks Jr.’s wiki.

Anybody who has seen the rise and success of Billy Blanks Jr. in the last few years will find it hard to believe that he was on the verge of being homeless some time ago. He and his wife, Sharon Blanks, used to live in budget hotels while they led high-energy aerobic classes at various 24-hour fitness studios.

Blanks Jr. was asked how he and his wife made it through those dark days, and he replied, “It was love. I’d go back and look at it all, and through all of it, it’s been constant that I love her and she loves me. We have this connection. Even when we were staying in the hotel, we knew we’d be able to move out.”

Blanks Jr. and his wife came out with their “Dance With Me” workout program, and their lives changed for the better. They moved to an apartment where they stayed with their adopted son, Elijah.

Who Is Billy Blanks Jr.?

Billy Blanks Jr. is the son of Billy Blanks, an American fitness guru, actor, martial artist, and the creator of the “Tae Bo” exercise program.

Tae Bo is a combination of taekwondo and boxing. It had become a craze in America in the 1990s.

Blanks Jr. had the same passion, but he realized that not everyone could do the workout his father had popularized.

His father was working on Oprah Winfrey’s team with Tae Bo, and he heard Winfrey exclaim after five days of intense workout, “This is too hard for me. I’m not doing this anymore.”

That’s when Blanks Jr. realized that there was a considerable portion of the population in America who were left out of the Tae Bo movement. So, he felt that he had a unique opportunity to fulfill that niche market through his “Dance It Out” program.

Blanks Jr. started his own program, and today, he has built a fitness empire of his own. He has over 1,000 instructors teaching it in the U.S., another 1,200 in Japan, and more all over the world.

The Dance It Out program is gaining popularity across the globe.

He Was Happiest When He Was Dancing

Blanks Jr.’s interest in fitness exercises started when he was still a young boy, and he would help his father lead fitness classes. His happiest moments were when he would imitate Michael Jackson’s moves and dance in disco jams after the classes ended.

That gave him the seed of the idea for his Dance It Out fitness workout program, which is today taught in America and several other parts of the world.

Billy Blanks Jr.’s happiest moments were when he would imitate Michael Jackson’s moves after the classes ended. (Credits: Instagram/billyblanksjr)

What really gave his program a push was his appearing on the ABC business-pitch show, Shark Tank. Blanks Jr. was offered a deal on the show, but he turned it down.

He was on his way to tell his wife but was stopped by Daymond John, an investor and one of the “sharks,” who told him, “I want you to take the deal.”

Learning from the Best in the Game

Blanks Jr. took the deal even though he wasn’t happy with the terms of investment. But today, he admits freely that this deal changed his life.

He still needed somebody’s guidance and encouragement, and that came from his good friend, singer, and choreographer, Paula Abdul. Blanks Jr. calls Abdul his “best friend and older sister figure.”

Blanks Jr. then advertised his Dance It Out program as a workout that “anyone off the street and has never danced can do at the same time as a professional dancer can get a workout.”

He himself had learned his dance moves from the likes of Madonna and Paula Abdul, and had trained several stars such as Alicia Keys, Britney Spears, and Tom Hanks.

He Was Almost at the Bottom of the Barrel

The road to success was not without its potholes. Tough times became a staple for Blanks Jr. and his family, as they struggled to popularize their program while trying to make both ends meet.

It became so bad that Blanks Jr. faced a terrible situation during the weeks between Thanksgiving and Christmas in 2011. He couldn’t afford to turn on the lights, much less give Christmas presents to his family.

During the Christmas holidays, Billy Blanks Jr.’s son said something that changed his outlook forever. 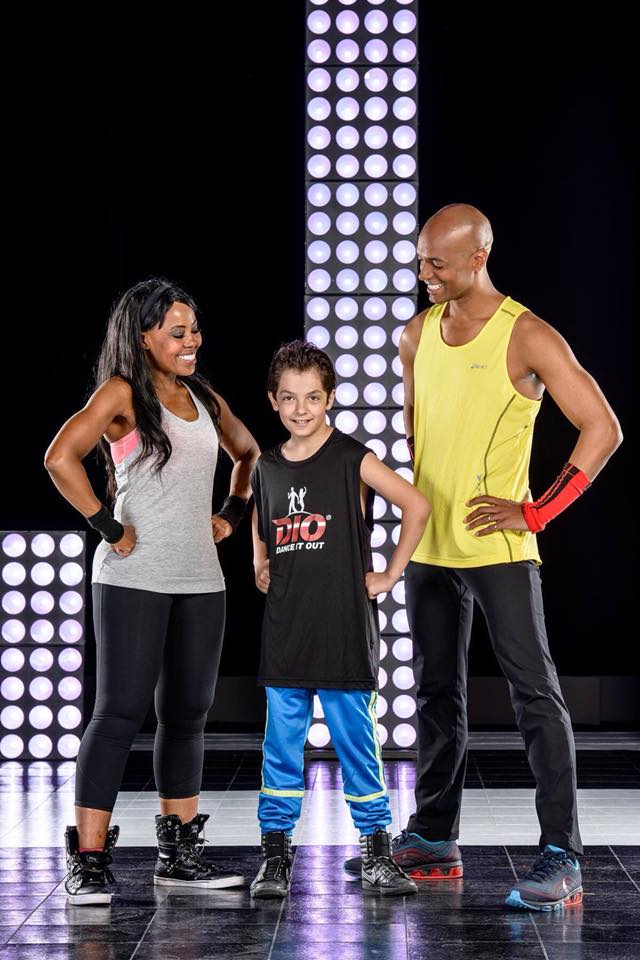 He said, “We were boiling pots to stay warm at Christmas time and my son came up to me. He told me, ‘I don’t care about getting presents, I just want to make sure I’m with you.’ I went to our shed and cried. It made me realize life really is about love.”

A Modest but Hard-Earned Net Worth

Thanks to his fitness teaching assignments, workout classes, and workout videos, the fitness celebrity has built a modest fortune for himself and his family. Billy Blanks Jr.’s net worth is estimated to be around $500,000.

What is notable is that he has done all this on his own, without any financial support from his father.

Blanks Jr. is the artistic director of the renovated Wall Street Theater in Norwalk, Connecticut, and lives in Greenwich with his son. Blanks Jr. and Sharon are separated now.

He brings to his job the same passion and dedication that he brought to his fitness classes and his best-selling workout videos. 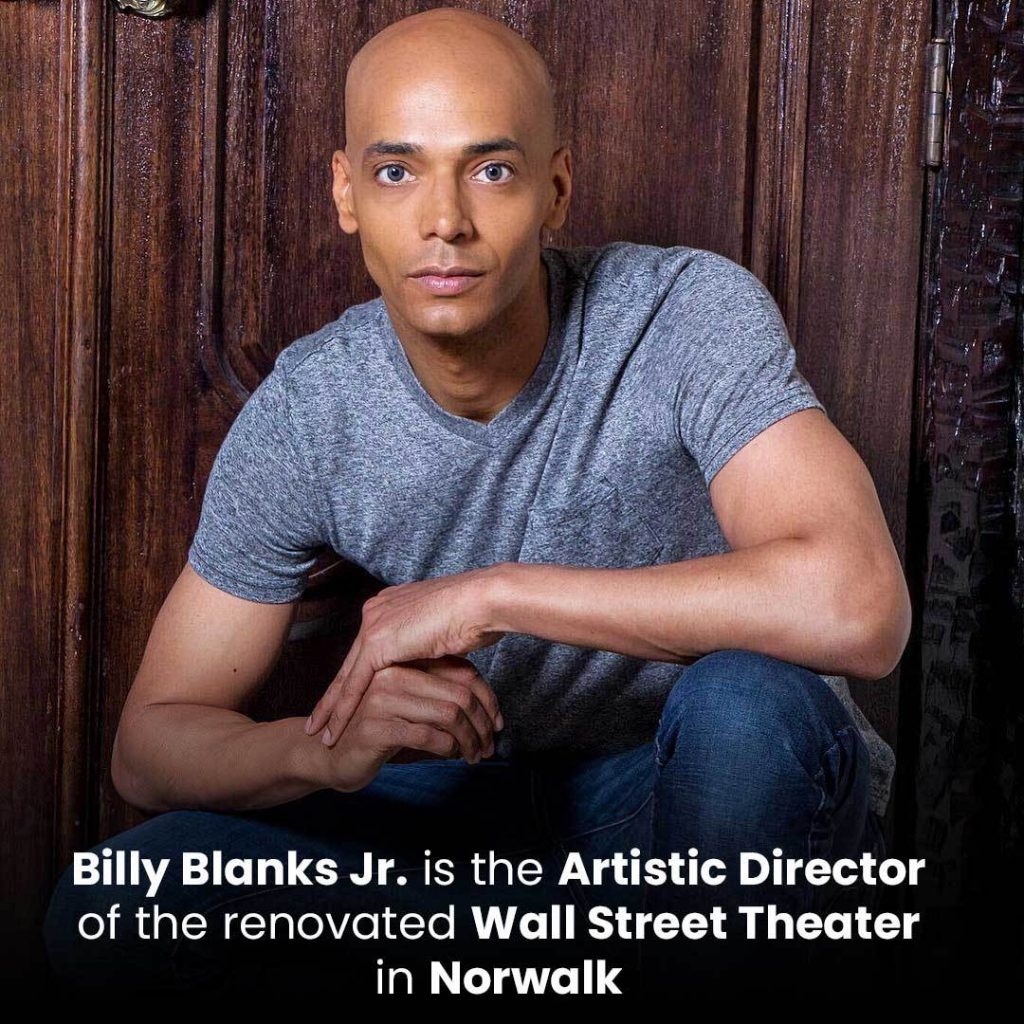 Blanks Jr. said, “Fitness is beyond about getting sweaty. It’s about being a place where people can come in and afterward be able to handle their week.”

He has ambitious plans for the Wall Street Theater and said, “I want to help bring life back to (Wall Street) through quality entertainment.”

Knowing his passion, good work ethic, and determination, it’s not going to be long before there is a successful revival of the theater. After all, Billy Blanks Jr. has all the right moves!