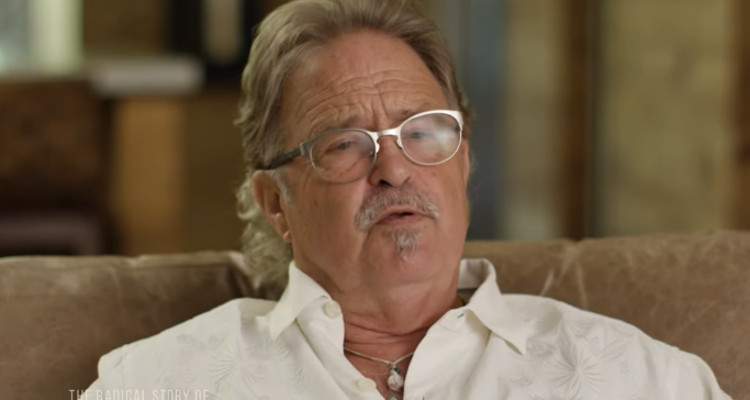 The story of a kidnapped heiress who joins her captors in their terrorist activities sounds like it came right out of a Hollywood thriller, right?! But this is actually a true story of how the Symbionese Liberation Army (SLA) only grew in notoriety with the kidnapping of newspaper heiress, Patty Hearst. Here’s a closer look at one of the most prominent SLA members, Bill Harris.

On February 4, 1974, newspaper heiress Patty Hearst was kidnapped from her residence in Berkeley, California. The story grabbed headlines and put a little-known terrorist group in the spotlight.

The kidnapping was soon credited to the Symbionese Liberation Army, a left-wing terrorist organization who portrayed themselves as urban Robin Hoods.

Their story is now part of a new docuseries by CNN called The Radical Story of Patty Hearst. Keep reading our Bill Harris wiki to know more about one of the most infamous SLA members.

Who Is Bill Harris?

This year, Bill Harris’ age is 73. His father was in the army and the family moved to Carmel, a wealthy small town just outside of Indianapolis.

As a young boy, Harris helped the priest at Christopher’s Episcopal Church. While in high school, he was on the golf team and also won a local journalism prize.

After a year at Indiana University, Harris dropped out in 1964, enlisted in the Marines, and went to Vietnam.

Once he came back, he returned to college, got a degree in speech, and in 1972, earned his Master’s degree in urban education.

It is believed he was radicalized in Vietnam, as friends recalled a change in his political outlook and his disappointment about injustice in society upon his return to the U.S.

In 1970, he married his college sweetheart Emily, and the two moved to Oakland, California in 1972. Less than a year later, Harris moved guns, ammunition, and revolutionary books into a small Oakland apartment that authorities said was designed to be an SLA “safehouse.”

On the Frontlines of the SLA

A self-styled Robin Hood, Bill Harris was known as General Teko when he was part of the SLA, and eventually went on to lead the terrorist group.

The SLA went on to mastermind the killing of Marcus Foster (a school superintendent) in November 1973, and kidnapped Patty Hearst, daughter of wealthy publisher, Randy Hearst.

Harris wasn’t at the shootout in Los Angeles in May 1974, which killed six SLA members. He and the remaining members of the group were on the run and returned to the Bay Area.

The SLA was back in the spotlight after a botched robbery at Crocker National Bank in Carmichael, California. 42-year-old Myrna Opsahl was killed after Harris’ wife reportedly shot her.

Bill Harris’ SLA stint ended when police caught him and other members in September 1975. He spent eight years in prison for Hearst’s kidnapping.

In 2003, Harris and others were convicted in the death of Opsahl. Harris was sentenced to seven years in prison. He was paroled in September 2006.

Bill Harris on The Radical Story of Patty Hearst

Harris was the one who carried Hearst out of her house and into the getaway car. He spoke about the incident on the new docuseries, The Radical Story of Patty Hearst.

Harris said, “I didn’t want to hurt anybody. I wanted to do Robin Hood-type actions.”

He described Hearst as a “revolutionary savant” and in the CNN series, he reveals more information about her kidnapping and the SLA’s activities.

If you missed the premiere last night, here’s a preview that reveals more of what Harris and others have said about the SLA.

The case of Patty Hearst’s kidnapping has baffled authorities for years. What the real story? Keep watching The Radical Story of Patty Hearst Sunday nights on CNN to find out!