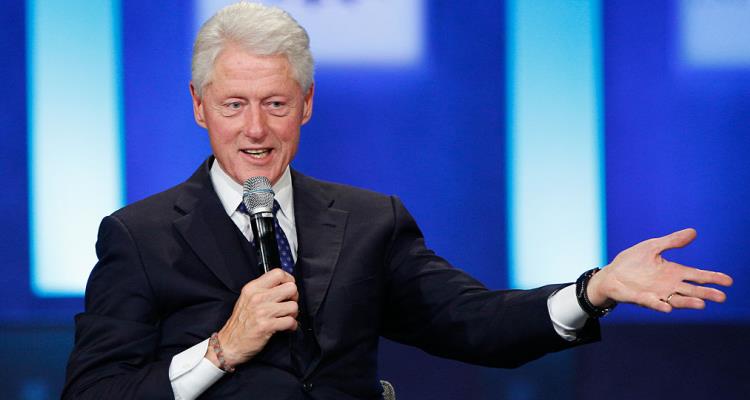 A tape recording where Trump brags about groping and kissing women brought the candidate a lot of heat from the media. During Sunday night’s debate, Trump was asked to respond to the tape and chocked it up to “locker room talk.” He might be satisfied with his response, but the public and the Clinton campaign surely are not. To take the heat off his back, Trump organized a press conference-style live Facebook event with Juanita Broaddrick, now 73. She alleged that former president Bill Clinton raped her and that his wife helped him keep it under covers. Many people are targeting their criticisms against Trump’s inappropriate comments. In response to this Broaddrick said, “Bill Clinton raped me, and Hillary Clinton threatened me. I don’t think there’s any comparison.”

Former Arkansas state employee, Paula Jones, sued U.S. president Bill Clinton for sexual harassment. According to Jones, in May 1991 she was escorted to Clinton’s room in the Excelsior Hotel in Little Rock, AR. There, he allegedly made advances and exposed himself to her. The now-50-year-old’s case led to Clinton’s impeachment in the House of Representatives, and he was acquitted by the Senate in February 1999. Eventually, the court dismissed the lawsuit before trial because Jones failed to demonstrate any damages. However, during the appeal of the dismissal, Clinton settled with Jones out of court, agreeing to pay her $850,000.

These two women are only a few of those who came forward, accusing Bill Clinton of sexual harassment and exposing him for his affairs. These women include Dolly Kyle, who allegedly had an 18-year affair with him from 1974 to 1992; Kathleen Willey, who claimed Clinton groped her in the Oval Office in 1993; and Gennifer Flowers, who alleged that she had a 12-year sexual relationship with him starting in 1992. These are not all the allegations: Eileen Wellstone, Elizabeth Ward Gracen, Sally Perdue, Connie Hamzy, and Lencola Sullivan also claimed to have had sexual relationships with Clinton, or have been propositioned by him.

The digging up of Bill Clinton’s past has made people question Hillary Clinton’s morality, as she has always stood by her husband, despite his many misconducts and even his infamous affair with Monica Lewinsky. It seems the candidates are in a battle for who can expose the other’s deepest darkest secrets first, and it’s beginning to get really ugly.