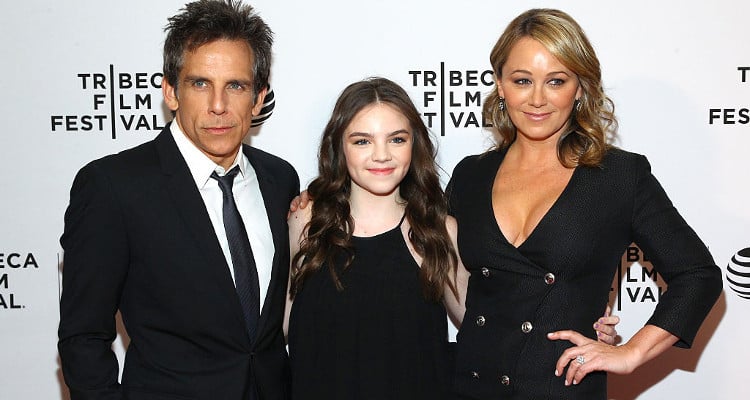 Ben Stiller is a comedian, actor, and filmmaker who recently opened up about his fight with prostate cancer. Now Stiller is happy, healthy, and turning 51.

November 30th is Ben Stiller’s birthday, and what better way to celebrate the man who brings us non-stop laughs than by compiling Ben Stiller’s wiki? Here’s everything you need to know about this illustrious funny man, including his net worth, his achievements, his wife, and children.

He’s One of the Highest Paid Actors in Hollywood

Ben Stiller has an unbelievable net worth of $120.0 million. His films have grossed more than $2.0 billion in the United States alone, with an average of $78.0 million per film. His highest grossing films to date include the Madagascar and the Night at the Museum trilogy.

Stiller owns a mansion in Hawaii and recently purchased a condo in New York City worth over $15.0 million. In 2012, he sold his house for $2.6 million, and sold a part of his home in Hollywood Hills for $7.0 million.

One of his most popular films, Little Fockers, which he co-starred in with Robert De Niro, earned over $300 million worldwide. Stiller got a paycheck of $20.0 million from the film.

He Said He was Born for Show Business

Ben Stiller said he was born for a career in show business. His father, Jerry Stiller and mother, Anne Meara were comedians and actors. His parents frequently took six-year-old Stiller to the sets of The Michael Douglas Show where they worked.

At nine years old, Stiller made his debut as a guest on his mother’s television show, Kate McShane. In the 1970s, he played several roles in the New York City troupe First All Children’s Theater, including the title role in Clever Jack and the Magic Beanstalk. He decided he wanted to try sketch comedy after watching Second City Television in high school. He studied film at the University of California, but dropped out after nine months to pursue an acting career.

He Made Short Films and Starred in His Own Show

Stiller wrote and appeared in a few sketches of Saturday Night Live but left after four episodes. He developed acclaimed short films like Elvis Stories and Going Back to Brooklyn.

MTV producers were so impressed by his work that they offered him The Ben Stiller Show. The 13-episode show was recorded in the experimental “vid-com” format, that mixed comedy sketches with music videos and parodied various television shows, music stars, and films. The show won Stiller an Emmy Award for “Outstanding Writing for a Variety, Music or Comedy Program.”

MTV canceled the show after the first season, but it was picked up Fox, who aired 12 episodes of the series, and a 13th unaired episode was aired by Comedy Central in a later revival. The show’s principal writers included Ben Stiller and Judd Apatow, and the ensemble cast featured Stiller, Janeane Garofalo, Andy Dick, and Bob Odenkirk.

He is a Prolific Actor, Comedian, and Director

Ben Stiller has written, produced, directed, and acted in over 50 films. In 2004, Stiller appeared in six different films, all of which were comedies: Starsky & Hutch, Envy, DodgeBall: A True Underdog Story, Anchorman: The Legend of Ron Burgundy, Along Came Polly, and Meet the Fockers. These films include some of his highest-grossing works ever.

Madagascar was Stiller’s first attempt as a voice actor. The film was a worldwide box office hit and led to two more installments. Night at the Museum earned over $100 million in 10 days and spawned two more movies in the franchise.

Stiller has been nominated for MTV Movie Awards 13 times and has won three for There’s Something About Mary, Meet the Parents, and DodgeBall: A True Underdog Story. He also won the MTV Generation Award in 2009. In 2011, he was awarded the  BAFTA Britannia – Charlie Chaplin Britannia Award for Excellence in Comedy.

He Has Dated Several Actresses

Stiller has been in a relationship with many big-name actresses like Jeanne Tripplehorn, Calista Flockhart, and Amanda Peet. In 2000, Stiller married Christine Taylor. The 45-year-old is an actress famous for her roles in The Brady Bunch Movie, The Wedding Singer, and Dodgeball: A True Underdog Story.

Stiller and Taylor met while making the TV show, Heat Vision and Jack. They were married in March, 2000. Stiller and Taylor have co-starred in a number of films like  Zoolander, DodgeBall: A True Underdog Story, Tropic Thunder, and Zoolander 2.

The couple have two children. Their daughter, Ella Olivia Stiller was born in April 2002 and their son, Quinlin Dempsey Stiller was born in July 2005. Quinlin made his debut as a voice actor at the age of three by voicing the young cub Alex (his father’s character) in Madagascar 2: Escape to Africa.

Ben Stiller has annoucned that he is cancer-free and we’re sure he’s going to keep making great movies. A very happy (early) birthday to Ben Stiller!