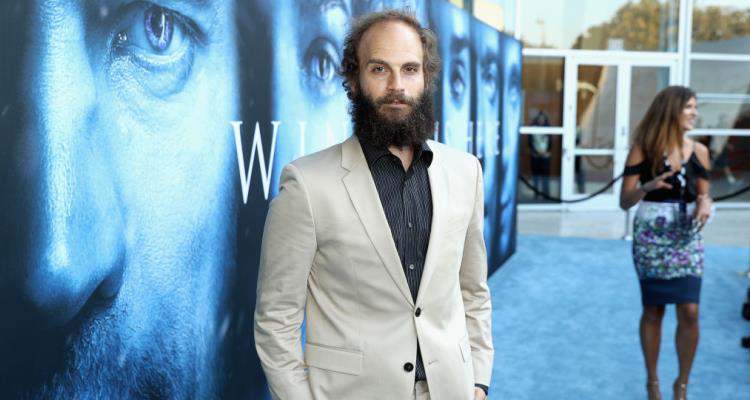 Ben Sinclair and his wife, Katja Blichfeld, might not be household names just yet, but as their HBO show, High Maintenance continues to gain momentum (and a constantly expanding fan base), they just might be, and soon! Despite the allegedly complicated nature of their relationship, both Sinclair and Blichfeld are currently gearing up for the season 2 premiere of their hit show. According to Ben Sinclair, High Maintenance has made him a very “lucky” man and even after their separation, he never been happier. Read all about “The Guy” behind the hit show, right here.

Time Out New York magazine has dubbed it, “One of the best NYC shows ever” and fans couldn’t be more psyched to see where the show will take them this season. Who knows what quirky characters will be introduced next, now that the episodes are a half-hour long! Keep reading to learn more!

Considering High Maintenance started off as a web-series consisting of 15-minute-long episodes and a modest online following, it’s amazing to see how much the show has evolved in just a few short years. It has now morphed into the successful half-hour long HBO series that currently graces our TV screens and keeps fans coming back for more.

Boldly following in the footsteps of Broad City creators Ilana Glazer and Abbi Jacobson, who paved the way for countless other similarly quirky series to break onto the major network scene, Ben Sinclair and his wife, Katja Blichfeld are a ‘Jack and Jill of all trades’ type of team when it comes to the production of their show.

Though they have admittedly split, the couple are still a huge part of one-another’s lives, especially having signed on for another season. They spend a lot of time together developing various hilarious, sometimes awkward, and quirky storylines serving as the creators, writers, and editors of the show. They even act on the show, with Ben taking on the lead role that’s mysteriously and simply referred to as “The Guy.” Not many series are capable of pulling off having a lead character that remains nameless from the get-go, but High Maintenance does a good job of keeping viewers interested, despite the fact that they’re not even on a first-name basis with the main character!

Ben Sinclair’s wife has had an equal hand in the success of this show and the two still make it work, even though they are no longer together.

He was recently featured as a guest on Late Night with Stephen Colbert, where he revealed how truly happy he is for his ex-wife and how beautiful their relationship really is now. Many wonder what the relationship is like between the two and how they can continue to work together after their split.

He explained to Colbert that he was reading a profile from Vogue that was written on her, and he had to sit back and admire (from an outside perspective) what an extraordinary woman she really is.

During the interview, he sang her praises and admitted that they have such a “cool relationship” now.

“I’m just so happy for her,” he said. “One of the reasons that we split up is because we weren’t ultimately happy,” he admitted, adding that she had come out as a lesbian.

But he still loves and supports her. “True love is wanting the person that you love to be happy, whether you have something to do with it or not,” he explained.

“Inside the ups and downs of High Maintenance, one of the best NYC shows ever” (via @timeoutnewyork). #HMonHBO (link in bio)

What is High Maintenance About?

High Maintenance follows the quirky misadventures of a laid-back drug dealer as he navigates through the various nooks and crannies of New York City to make his deliveries. Along the way, he comes across some very interesting characters, who also happen to be his loyal customers. The series exhibits a whimsical and dark style of comedy that showcases the lives of vastly different, fascinating, and multi-dimensional characters who all have one shared connection: The Guy.

Compersion – n. 1. The feeling of joy one has experiencing another's joy. 2. The feeling of joy associated with seeing a loved one love another; contrasted with jealousy. It's obviously very complicated, but at the end of the day I feel graced to have had so many different kinds of relationships with this remarkable woman @hellokatja and the world is a better place for her having been on it. Fantastic job by @emilybooks and everyone @thecut in showcasing the nuances of her striking beauty, inside and out.

They’ve Worked Together Before

If you scroll through Ben Sinclair’s Instagram, there are two things that are immediately obvious: the similarities between him and the character he created are uncanny, and he absolutely adores his ex-wife, Katja Blichfeld!

Both Sinclair and Blichfeld had a background working in show business before creating their own series together. Sinclair has appeared in several other film and TV projects, including The Big C, 30 Rock, and Law & Order: Special Victims Unit. Blichfeld, on the other hand, spent the majority of her time working behind the scenes as a casting director for some of Hollywood’s biggest movies.

A few years ago, destiny brought the two together and they combined their creative minds to form one of the funniest, most original, and unique New York-based comedies to ever be picked up by a major network. It’s very rare for a company like HBO to actively seek out a small, low-budget web series like High Maintenance, but after seeing all of the positive feedback the show was receiving from online fans, it was clear from the beginning that this was a worthwhile investment. And boy, were they ever right!

When it comes to High Maintenance, Ben Sinclair and Katja Blichfeld seem to have hit their stride perfectly. Season 2 of High Maintenance premieres tonight on January 19, 2018, on HBO. Check out the official teaser and trailer below!