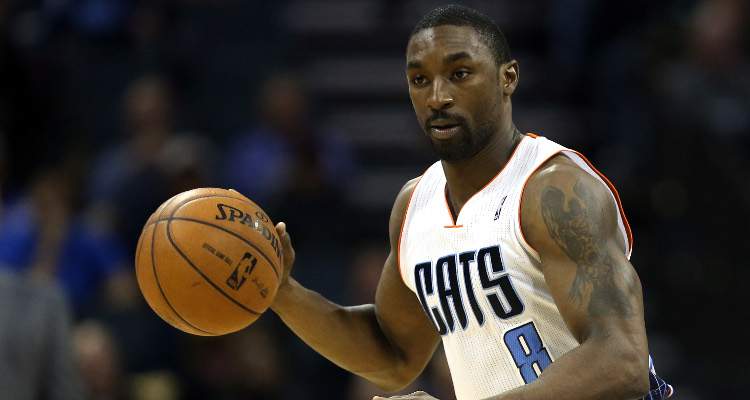 Ben Gordon enjoyed a dazzling NBA career and has a reported net worth of $20.0 million, which is why many are surprised to hear that he was arrested for robbery! What happened to Ben Gordon? We’ve got the scoop.

Former Chicago Bulls player, Ben Gordon’s NBA career is nothing less than spectacular. He recorded some of the greatest stats and raked in sizeable career earnings. He’s had a few scandals in the past, but was recently struck by his biggest one yet. Gordon was arrested for felony robbery after a spate of troubling incidences. Learn all about his arrest, right here in our Ben Gordon wiki.

#1. He’s from the Other Side of the Pond

Gordon was born to Jamaican parents in London, England. When he was an infant, his family moved to Mount Vernon, New York, where he was raised. He grew up playing basketball for his high school team, The Mount Vernon Knights and led them to the 2000 New York State Public and Federation Championships.

An All-State player and a top 40 national recruit, he was sought out by colleges, especially Seton Hall University in New Jersey. But he opted to attend the University of Connecticut. As a freshman with the UConn Huskies, he ranked second on the team in scoring, and hit the game-winning shot in the Big East Tournament. In sophomore year, his amazing stats earned him Second Team All-Big East honors.

Gordon made Big East Tournament history with a record total of 81 points, earning the tournaments’ Most Outstanding Performer honors. He was also honored with the Most Outstanding Player Award of the Phoenix Regional honors in the NCAA Tournament, where he led the Huskies to the championship.

When he was in his junior year, Gordon declared himself eligible for the 2004 NBA draft. At that time, he claimed he had an inkling that the Chicago Bulls would draft him third as they did with His Airness, Michael Jordan, in the 1984 draft. Sure enough, he was selected third overall by the Bulls.

He started his career strong, being the only rookie in NBA history to be awarded the NBA Sixth Man Award. However, his game suffered and stats declined while the Bulls had a terrible season. He signed a one-year contract extension worth $6.4 million to lead the Bulls to the Playoffs in 2008.

After averaging a team-high 24.3 points in seven games, Gordon signed a five-year deal with the Detroit Pistons in 2009. The contract was reportedly worth something between $55.0 and $60.0 million. With the Pistons, he scored the 10 millionth point in NBA history.

In 2012, he was traded to the Charlotte Bobcats in exchange for Corey Magette. But he was waived off two years later and signed by the Orlando Magic. The $9.0 million contract earned him a salary of $4.5 million. After less than a month and two games with the Golden State Warriors, he was waived off in 2015.

As of 2017, the Texas Legends of the NBA Development League acquired him off the waivers. He earned a net worth estimated at $20.0 million with an annual salary of roughly $12.0 to $13.0 million. With a lackluster performance in recent seasons, Forbes named him one of the most overpaid NBA players in 2014.

By virtue of his dual British and American citizenship, Gordon was eligible for the British national team. In 2008, he was shortlisted for the national basketball team of Great Britain and was hopeful to play in the 2012 Olympics.

But at that time, he was traded from the Pistons to the Bobcats. So, he ended up missing Great Britain’s June 2012 pre-Olympic training camp which was held in Houston, Texas. Britain coach Chris Spice expressed his disappointment saying, “He’s a world-class player who would have made a huge difference.”

In 2016, the 34-year-old was named to Great Britain’s 24-man preliminary roster for the EuroBasket 2017 qualifiers. During the qualification games, he averaged 9.2 points, 4.2 rebounds, and 3.3 assists per game. He also represented the U.S. in the 2003 Pan American Games.

Outside of basketball, Gordon is known to be a notorious troublemaker after his repeated run-ins with the law in 2017. In June, he was arrested for pulling fire alarms in his apartment building when there was no indication of a fire. He spent time in jail and his bail was set for $5,000. He failed to appear in court and a bench warrant was issued for his arrest.

In October, a disturbing incident led to him being hospitalized for a psychiatric evaluation. He reportedly got into an altercation with a female patron of a gym he owns. Some reports claim that the woman in question was his girlfriend. He allegedly locked her in the gym and went crazy with a blade. Police entered the gym and found him in the bathroom before taking him into custody.

In 2012, his fiancée, now wife, Sascha Smith assaulted his Bobcats teammate, Tyrus Thomas’ wife. However, Gordon was not involved in the incident.

And the latest? Gordon was arrested on Saturday in Los Angeles and charged with felony robbery. He reportedly approached a building manager of an apartment complex where he rented two units and demanded his deposit back. When the manager said he didn’t have access to the deposit money, Gordon allegedly punched him in the face.

The manager was able to give him a part of the deposit money back. Gordon took it and left, but returned, this time armed with a knife, demanding the rest. When another person intervened, Gordon left only to return a third time.

He was arrested and spent time in jail. He was released on Tuesday after he made bail for $50,000. On November 20, he was arrested in New York for driving with a forged license.