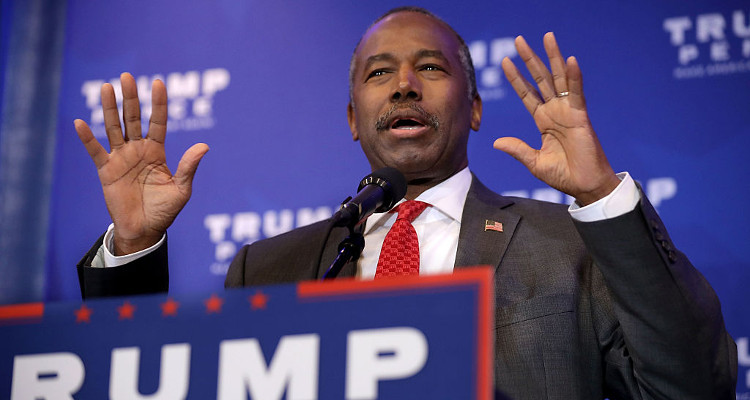 Ben Carson was born poor and grew up in an impoverished Detroit inner city neighbourhood. By studying and by working hard, he grew up to become one of the best neurosurgeons in the world. He was recently sworn in as the Housing and Urban Development Secretary in Trump’s cabinet. In his first address to department employees, merely a week after being sworn in, Carson is receiving backlash for comparing slaves to immigrants.

Growing up in an poor neighborhood does not usually lead to becoming the Housing and Urban Development Secretary, but Ben Carson managed to do just that. Carson excelled in school, majoring in psychology at Yale University, and completed his M.D from the University of Michigan Medical School. Then, as a neurosurgeon, he treated and saved countless patients, successfully performed several innovative surgical procedures never attempted before, and has developed new methods to cure complex brain ailments. He has worked and fought his way out of debilitating poverty and into an environment to cure people who had given up all hope of getting better. This is the reason why President Donald Trump offered Carson the post of the Housing and Urban Development Secretary. Though he was sworn in last week, he is already causing a stir online after referring to slaves as “immigrants” during his first speech to his staff. Here are details from Ben Carson’s wiki.

Carson was born in Detroit, Michigan to Sonya Copeland and Robert Carson, a minister and later a factory worker at Cadillac. His parents separated and Carson’s mother raised him and his brother, Curtis Carson, while working two or three jobs at a time, usually as a domestic worker. Carson admits that when he was young, he had a violent temper and had several physical outbursts. It was only after reading the Book of Proverbs and applying its verses to his life, that he was able to successfully solve his anger issues. 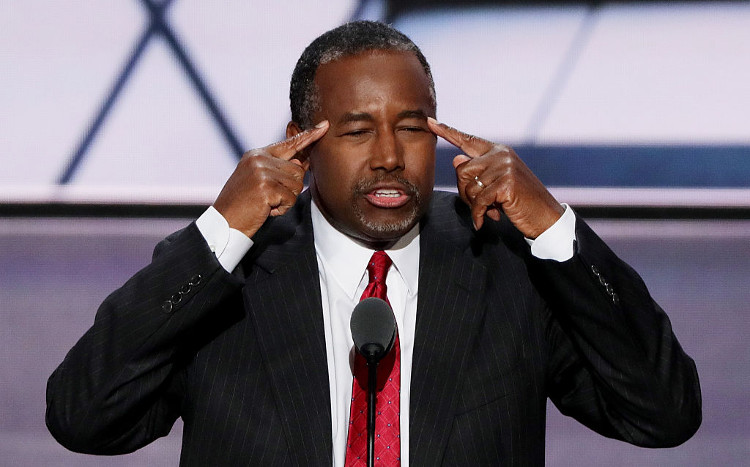 Carson began his residency at Johns Hopkins Hospital in Baltimore. In 1984, after spending one year as the senior registrar at Sir Charles Gairdner Hospital in Perth, Australia, Carson returned to Johns Hopkins, where he was named Director of Pediatric Neurosurgery. As a surgeon, he specialized in brain injuries, brain and spinal cord tumors, neurological and congenital disorders, epilepsy and trigeminal neuralgia. Carson says that his hand-eye coordination and three-dimensional reasoning made him a gifted surgeon. Carson’s achievements include performing the first, and only, successful separation of Siamese twins joined at the back of the head. He has pioneered the first successful neurosurgical procedure on a fetus inside the womb. After years of brilliant work, Carson retired as a surgeon on July 1, 2013, saying “I’d much rather quit when I’m at the top of my game.”

After being disillusioned with both the major political parties, Carson decided to enter American politics himself as a member of the Republican Party. He was one of several nominees running for president in 2016. He ultimately withdrew from the race and later endorsed Donald Trump. During his presidential campaign, he outlined his views on various important issues that troubled the nation. Carson is pro-life, and is against abortion unless the life of the expectant mother is in danger. He has controversial views on issues like climate change, taxation, budget, social security, education, evolution, health care, and LGBT rights. In fact, one of the reasons his popularity in the presidential race went down was due to these views.

Carson married Lacena Rustin in 1975 and now has three sons and several grandchildren. He and his wife are members of the Seventh-Day Adventist Church. They lived for a long time in West Friendship, Maryland, where they purchased a 48-acre property. The house included eight bedrooms and 12 bathrooms. The man who was almost homeless was able to live in comfort in a palatial house, purely by his hard work and determination. This is probably what Trump saw in Carson, making him believe that Carson could be useful in the effort to help those in impoverished inner cities. Ben Carson’s net worth is an impressive $10.0 million, which has come from hard work. 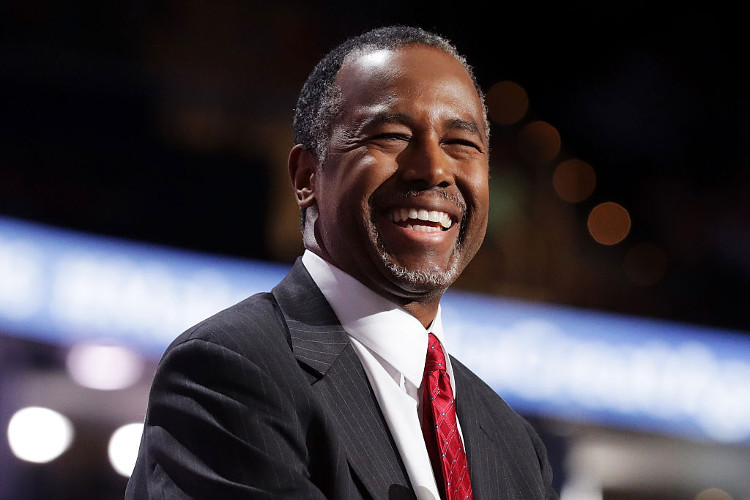 The War on Urban Decay

About Trump approaching him to be the Housing and Urban Development Secretary, Carson said, “the offer is on the table and a decision could be expected in the next few days.” He added that that he met with Trump saying, “We did, in fact, have a discussion of what things need to be done in the country and what the options were.” The offer has since been accepted and Carson took office on March 2, 2017. He will be overseeing affordable housing, fair housing laws, funding for development projects, initiatives to address homelessness, and other related programs. Carson has cited his own childhood as a qualification for taking up this post, “I grew up in the inner city and have spent a lot of time there, and have dealt with a lot of patients from that area and recognize that we cannot have a strong nation  if we have weak inner cities.”

Upon addressing his staff members yesterday (March 6), he spoke about immigration saying, “There were other immigrants who came here in the bottom of slave ships, worked even longer, even harder for less.” This has caused severe backlash for Carson, who has since released a statement on Facebook reading, “The slave narrative and immigrant narrative are two entirely different experiences.” He went on to add, “The two experiences should never be intertwined, nor forgotten, as we demand the necessary progress towards an America that’s inclusive and provides access to equal opportunity for all.”

As a surgeon, Carson cared for many people and the hope is that he will do the same for poor and homeless people. Trump knows that he has to urgently address the problems of America’s lower class, who are getting left behind and is hoping that Carson can do just that. Supporters of Carson who perceive the former surgeon as being trustworthy and able to deal with Congress, view this offer as a sign of hope for their better future. However, some believe that Carson’s lack of political experience can be an obstacle for him.