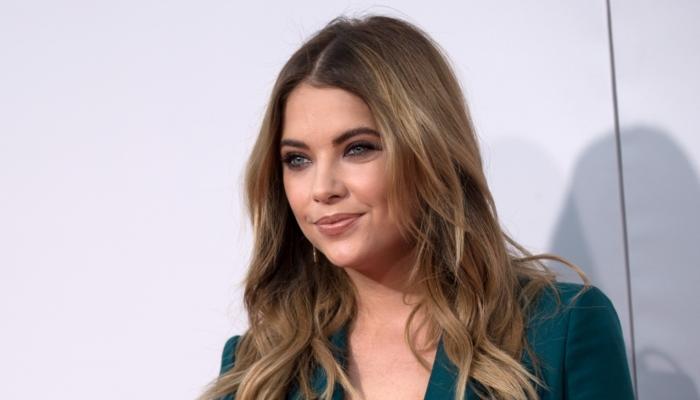 THE 2015 AMERICAN MUSIC AWARDS(r) - The “2015 American Music Awards,” which will broadcast live from the Microsoft Theater in Los Angeles on Sunday, November 22 at 8:00pm ET on ABC. (Image Group LA/ABC) ASHLEY BENSON

Ashley Benson is a model-turned-actress with an estimated net worth of $3 millionas of 2015. Benson saw the peak of her success after landing the role of Hanna Marin in Pretty Little Liars. Benson has also starred in few mainstream movies, but it was her early modeling career and acting for television that have been the real boosts for her fortunes.

Ashley Benson was raised in Anaheim, California where she started learning ballet and jazz by the time she was four. At the age of eight, she began her modeling career under The Ford Modeling Agency by appearing in print ads. By 2005, she started appearing in music videos, like NLT’s “That Girl” and Hot Chelle Rae’s “Honestly.” As a young model, Benson had already started earning modest salaries, even before she was 15. Although she focuses mostly on acting now, Benson is still reportedly signed with the Ford agency.

Days of Our Lives Debut & Acting in Movies

After dabbling in acting by 1999, Ashley Benson was seen in many commercials and had minor cameo appearances in a few TV shows, including The District, The West Wing, Zoey 101, 7th Heaven, and The O.C. This eventually led to her transition from model to an actress. In 2004, she got a three-year deal to play Abigail (Abby) Deveraux on NBC’s hit daytime soap opera Days of Our Lives. After leaving the show in 2007, she played a witch masked as a high school student in a 2008 episode of the thriller television series Supernatural, and was seen in the “Bombshell” episode in the seventh season of CSI: Miami . Benson had a shot in films too, starring in the 2007 straight-to-video sequel Bring It On: In It to Win It and the TV movie Fab Five: The Texas Cheerleader Scandal (2008). She also shared the screen with actor William H. Macy in Bart Got a Room (2008). You may even remember her cameo appearance in the popular rom-com 13 Going on 30—she played one of the girls in the “Six Chicks” clique. By 2012, her net worth from acting in movies had reached around $1.4 million. Some of her other movie credits include the role of a female “Jacob Marley” (the ghost from A Christmas Carol) in Christmas Cupid (2010) and her eye-catching role as one of the leading ladies in Spring Breakers (2013) co-starring James Franco, Vanessa Hudgens, and Selena Gomez. As far as films go, Benson was most recently seen playing Lady Lisa, a video game warrior, in Adam Sandler’s animated adventure/comedy Pixels (2015).

#springbreakforever bitches A photo posted by Spring Breakers (@springbreakers) on Mar 24, 2013 at 11:15am PDT

Although her salaries from these movies and early TV appearances have been a major part of her current $3 million net worth, Ashley Benson got her biggest taste of fame from her roles in Eastwick and Pretty Little Liars.

She was a main cast member in the supernatural television series Eastwick (2009-2010) as Mia Torcoletti; unfortunately the show was cancelled after the first season. However, her fan base expanded exponentially after being cast in 2010 as one of the four leads, Hanna Morin, in ABC’s current teen mystery Pretty Little Liars, which was much more successful. In fact, Pretty Little Liars just picked up the 2016 People’s Choice Award for Favorite Cable TV Drama. There’s no doubt that the show has made Ashley Benson known in and out of Hollywood. The sixth season mid-season premiere just started on January 12, but fans can rest assured, because the show has already been renewed ahead for season 7.

Ashley Benson lives in a $4.1 million mini-mansion in the star-studded 90210 neighborhood of Beverly Hills, California. The 6,131-square-foot Mediterranean-style villa has four bedrooms with annexed baths, dark hardwood floors throughout, an iron-railed staircase for the grand foyer, a cave-like media room, and her master bedroom with its own Juliet balcony and private steam shower. The house also boasts French doors opening to a sizable terrace and a switchback staircase from the terrace that leads to a plunge-size swimming pool in the backyard. Back in 2012, Benson also had also purchased a $2.2 million French Normandy-styled cottage near the Sunset Strip—the home was previously owned by singer Kylie Minogue. As far as her cars are concerned, Benson has been seen in her Audi S5 from time to time, but the newest addition appears to be a Range Rover SUV.

In 2012, Ashley Benson teamed up with her Pretty Little Liars co-star Lucy Hale to be the new faces of Bongo Jeans. Miss Benson reportedly makes an estimated yearly profit of around $52,000 from endorsements.

The 26-year-old beauty with an estimated $3 million net worth has been keeping her fans updated on Instagram and Twitter. She’s already signed a couple more movies this year—she’ll be starring in the historical comedy Elvis & Nixon as well as the upcoming comedy drama Chronically Metropolitan with Mary-Louise Parker.

With plenty of work coming her way, there’s no doubt that this Pretty Little Liar is going places!