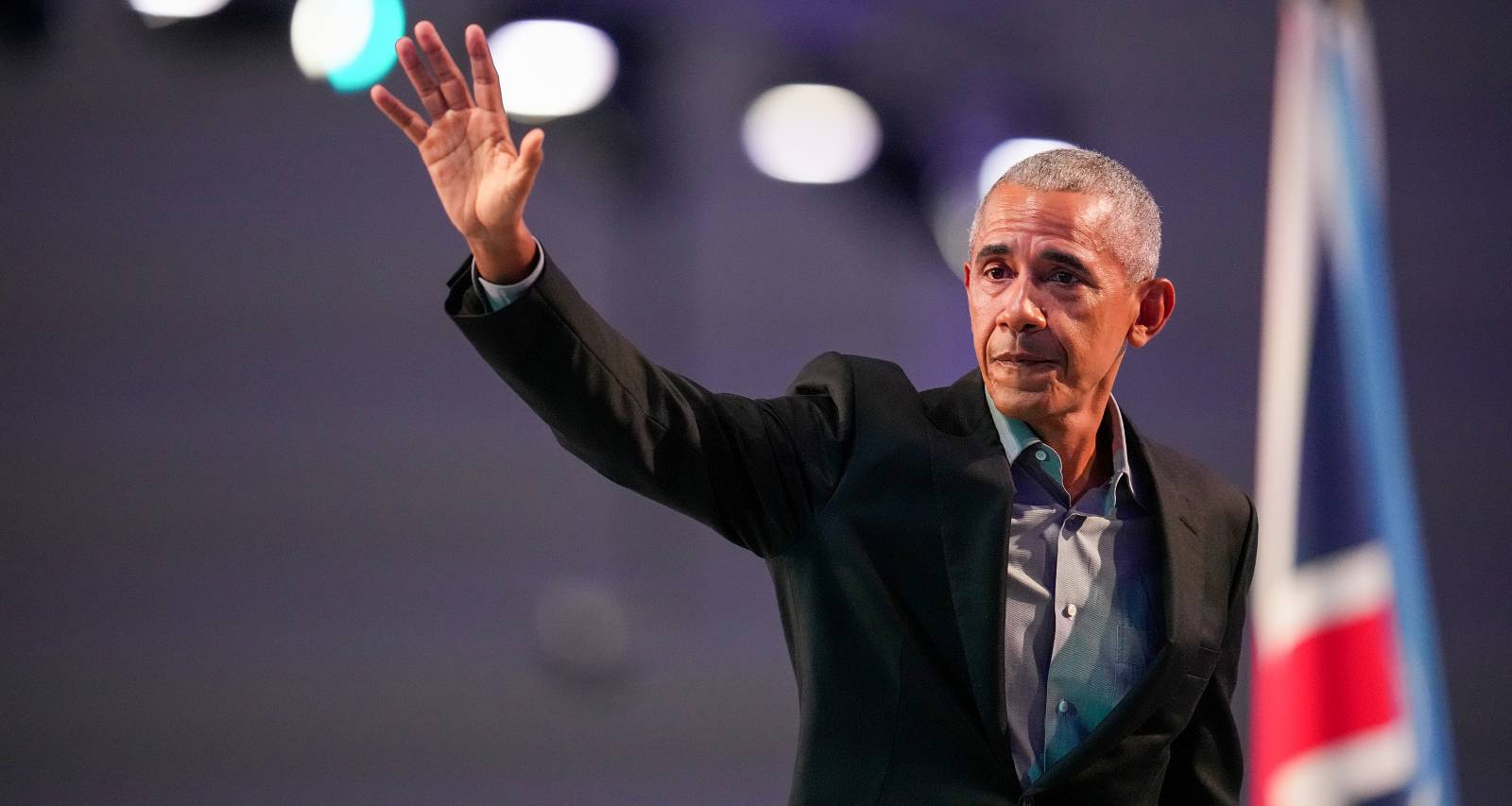 Former US President Barack Obama waves after he delivered a speech while attending day nine of the COP26 at SECC on November 8, 2021 in Glasgow, Scotland. (Photo by Christopher Furlong/Getty Images)

Being the President of the United States of America is obviously one of the toughest jobs in the world. The amount of responsibility that is entrusted with it is incalculable. President Obama has shouldered this responsibility for the last eight years. With Michelle Obama backing him up, he has led the country from the front. We are sure there are historians out there getting ready with their pen and paper to pass judgment on him when he steps down from the post. Meanwhile, people are curious to know what is Barack Obama’s net worth? People want to know how much has his net worth increased in the eight years he has been President. Read on to find out.

Currently Obama’s net worth is $12.2 million. People are wondering why Obama’s net worth has increased in the eight years that he has been President. After all, he has only been paid a $400,000 annual salary since he took over in 2008. When he became President in 2007, his net worth was only $1.3 million. So, what explains this huge increase? The thing to consider is that Obama has several sources of wealth, not just his President’s salary. Before Obama became President, he was actually drawing two salaries. One as a Senator of Illinois and another for teaching as a lecturer at the University of Chicago Law School. He was earning $80,287 and $32,144 respectively from these two jobs and for both jobs, he has a retirement plan for $100,000.

Then there are royalties from his books. His first book, Dreams of My Father sold very well and he was given an advance payment for writing his second book, Audacity of Hope. The publishers were very confident that this book too would do well. When Obama became the President in 2007, the sales of his books skyrocketed. Obama became a worldwide celebrity and the best known American on the planet. People all over the world bought his books and the royalties from the book sales kept pouring in.

It’s Nice to be President

Since the time he has been President, he has received all the benefits that the post brings. Apart from the base salary of $400,000, Obama is paid $19,000 for entertainment and a tax free $100,000 for travel. He also gets a $50,000 expense account. He’s been President for almost eight years now, so multiply his yearly earnings by eight and the amount goes into millions of dollars. If you do the math, being President of the USA really has made him rich. Obama also won a Nobel Peace Prize, which comes with a cash reward of $1.4 million. He gave away most of it to charities, which was a very noble thing to do. Obama has been a shrewd investor, as well. He has invested in Treasury bills which have contributed to his net worth significantly.

The Rich Better Half

People are also curious about Michelle Obama’s net worth? It is $11.8 million. So between them, Obama and his wife have almost $21.0 million, which is a lot of money for a family of four! It doesn’t seem that the 2016 election will affect Obama’s earnings in a negative way, at all. He has a contract to write more books after his Presidency is over and that will certainly bring in more money, while his previous books will continue to give him royalties. You don’t become the President of the United States unless you have smarts and have a plan! Well, President Obama has both. That is why his net worth growth is so high. And don’t worry, Obama has worked out his retirement plan pretty well.

More to the Man than Just Money

In all this talk about how much money Obama has made, let’s not forget how hard he has worked to get here. From his childhood to adulthood, Obama has been tirelessly working to improve himself on all accounts. He is an inspiration to millions. The measure of a man is how much positivity he brings into the world, and not just how much money he has made. By this definition, Obama hits the ball straight out of the park! Obama has given a dream to every child of every race in America, that knowledge and hard work do matter and that they, too could be somebody. Most of all, he has instilled in them that hope is worth fighting for.