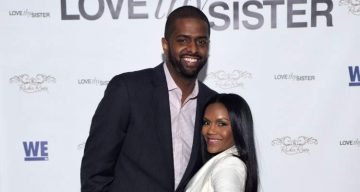 Carter is one of the daughters of Dr. Douglas and Ruby Rucker. Unfortunately, not much is known about her childhood.

While in college, Carter was a four-year varsity cheerleader at the University of North Carolina. After graduating, she attended Life University in Atlanta where she studied chiropractic care.

She then became a doctor of chiropractic medicine and opened up a practice, Rucker Chiropractic, in her hometown of Lancaster, South Carolina. Carter has reportedly taken a break from her practice after 11 years to look after her daughter, and expand her new business venture, Rucker Roots, a hair care business she launched with her sisters, Ruby Rucker-Cooper and Ione Rucker-Jamison.

She evidently always wanted to start a hair care business because it was always something she was passionate about. In fact, Carter often came up with several DIY hair treatments for her family members and friends. Her primary motive is to become a hair care market innovator and launch products made with natural products straight out of her father’s garden.

In an interview, Carter said about her business venture, “My role in the business is everything. I facilitate the shipments going out and I’m the one who really likes to do the business part of it. I talk to the chemists and the lawyers and I really enjoy that part. My sisters are a little more social and I like to be in control of the business part because I know it’s done right.”

They even have a website which currently has a lot of offers. Carter was also in the reality show Love Thy Sister, which focused on the her and her sister’s lives.

While she was at the University of North Carolina, she met Vince Carter, a professional basketball player for the Sacramento Kings. The couple walked down the aisle in July 2004. They have one daughter, Kai Michelle Carter.

However, the Carter’s blissful marriage came to an end in 2006. Their divorce was amicable, and they remain on good terms for the sake of their daughter.

It looks like Kai Carter is following in the footsteps of her father by pursuing her own dreams of becoming an athlete someday. She is also attracted to the runway and one day plans on becoming a fashion model.

After her divorce, Carter started dating politician and attorney Bakari T. Sellers, who represented South Carolina’s 90th district in the lower house of the state legislature for almost eight years. He is also the first vice chairman of the South Carolina Democratic Party. After dating for a few years, Sellers and Carter decided to tie the knot in 2015.

Ellen Rucker Carter and Bakari Sellers have been married for two years now, and are head over heels in love. In fact, Sellers is also very close to Carter’s daughter.

She likes to update her fans with her life on social media. So, if you want to take a sneak peek into Carter’s married and professional life, then make sure to check out Ellen Rucker Carter’s Instagram.

Right now, her goal is to make her brand very successful. Ellen Rucker Carter is a fine example of how immense dedication and hard work can take you far in life.