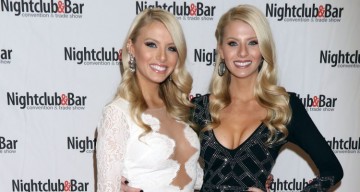 The main premise of Bachelor in Paradise is simple; former contestants from the “primary” shows come together in an exciting tropical location and once again try to find true love. The traditional handing out of roses that the series is known for continues, but to shake things up a bit there are more women than men on the island, meaning some ladies will go home feeling lonely. After this, two men are added to the group, meaning that two guys will be eliminated. The show then keeps going back and forth between men and women being sent home until only a few couples are left. The surviving Bachelor in Paradise 2016 couples will then know the joy of victory, and hopefully of true love.

Twin sisters from the most recent season of The Bachelor, Haley was the first of the two to go after an awkward trip with titular Bachelor of the season Ben Higgins, to see their mom—in fact, he cut her loose right there in the house with their mother watching! Emily lasted a tad longer before another mom led to her removal—Higgins’ mother, who she apparently made a poor impression with.

Originally planned to be the current Bachelorette instead of JoJo Fletcher (she even filmed an intro before the sudden switch) Quinn will have to settle for being in a tropical paradise with more than one attractive guy. One of the first cast members of Bachelor in Paradise season 3, hopefully she won’t be bitter about having to share the spotlight—and the men—with the other ladies this season!

It was originally rumored that she wouldn’t even appear as a part of the Bachelor in Paradise cast as she had already found love. Well, either the rumor wasn’t true or that relationship didn’t work out, because here she is. Noted as a person who loves to start drama, she quit The Bachelor of her own volition, citing a need to get herself together after her poor behavior, which included getting drunk and trying to make out with Ben Higgins on the very first night.

The most recent Bachelorette “villain” was notable for trying to start a fight with nearly guy on the show. And if you searched “Bachelor in Paradise spoilers 2016” or “Bachelor in Paradise spoilers,” it’s likely Johnson that you’ve read about. Early rumors regarding the season state that the infamous contestant is removed—not eliminated, removed—from Bachelor in Paradise season 3 on the very first night. The reason? The rumors state that he apparently chose to give a rose to the liquor cabinet instead of any of the women and got way too drunk to be tolerated! We won’t know if any of this is true until the first episode airs, but if so, he’s blown one hell of an opportunity!