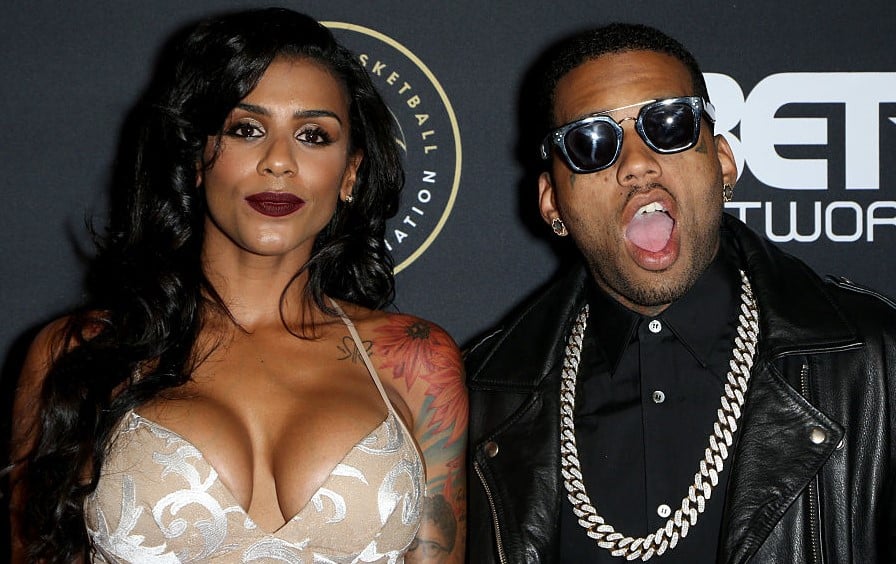 After dropping a video for each song on his album 7 Series, Kid Ink keeps on giving. On Monday he released new material again! Two new tracks are now available; “His & Hers,” which about commitment and trust, and “On Demand,” which denounces love and affection. The new material has made people curious about Kid Ink’s partner, and how things are going between the couple. Everything you need to know about Kid Ink and Asiah Azante is coming right up!

In summer 2015, Kid Ink (Brian Todd Collins) proposed to his girlfriend, Asiah Saifullahzadeh Collins, formerly Azante. The 31-year-old rapper finally popped the question to his longtime girlfriend while on tour overseas that summer. He showed off the massive diamond ring on his Instagram account. Asiah Azante, age 29, is a fitness model, and commented on the engagement on social media saying, “I’m the happiest girl in the universe. @kidinkbatgang I love you with all my heart!!! From a 15 year old girl to a 26 year old woman you’ve always had my heart we were always meant to be… I’ll love you like none other ever could FOREVER baby!” The couple have known each other for over a decade, and have been living together as well, but Kid Ink took his time before proposing. A year before their engagement, he said, “I feel like it’s not just getting married and getting a ring. I feel like it’s a lifestyle you have to live when you become engaged and become married.”

Are They Married Now?

Last year people suspected that Asiah Azante officially became Kid Ink’s wife, but no confirmations were made. The rumors were that the couple held their wedding ceremony end 2016, and fans put two and two together based on congratulatory messages from friends of the couple. Singer Paloma Ford confirmed the rumors by sending the couple social media love, “Sending so much love & a huge congrats to my favorite couple in the world and my dear friends on their wedding day. @asiiah & @kidink nobody deserves each other & love more than you both and it shines through Ace❤️ love you guys & thank you for loving me!,” she wrote on Instagram.

Right from her role as a fitness model, Asiah Collins, is an actress on The Platinum Life. According to her profile, she is the youngest in her circle of friends, trying to find the balance between fun and responsibility. She’s focused on juggling her career responsibilities and being a mother to her daughter with Kid Ink. Being a loyal friend, she also expects the same from them, yet conflict continues to strike with a woman named Crystal over unresolved problems of the past. As of 2017, Kid Ink’s net worth is $50.0 million, and Asiah Collins’ net worth is $2.5 million, so it looks like the couple are doing quite well for themselves! To see her daughter, just check out Asiah Azante’s Instagram account.

After wedding photos surfaced of her beautiful parents at her wedding, people began to wonder what is Asiah Azante’s ethnicity? Thankfully, she posted her results from an ethnicity estimate on Instagram, revealing that she is 45% Persian, 44% African, and the other 11% are “drops of this and that.” Whatever the mix, she sure is gorgeous, and made an absolutely stunning bride!