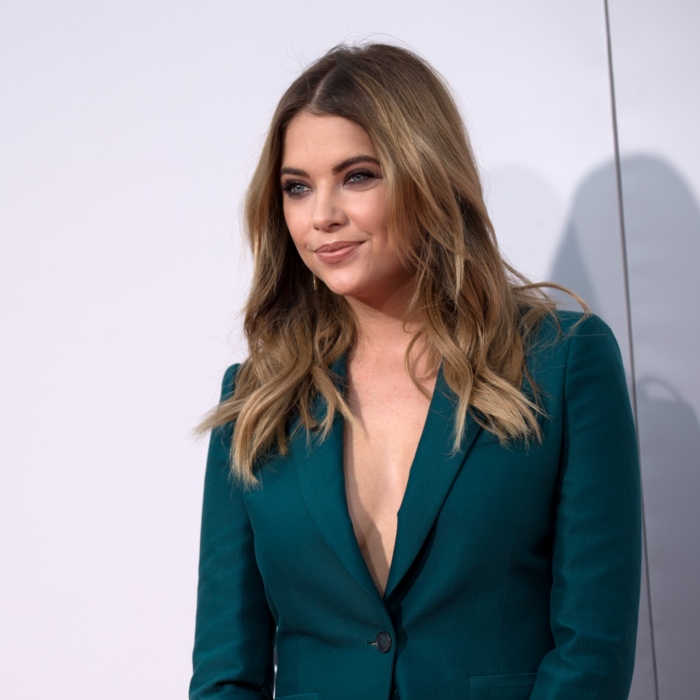 THE 2015 AMERICAN MUSIC AWARDS(r) - The “2015 American Music Awards,” which will broadcast live from the Microsoft Theater in Los Angeles on Sunday, November 22 at 8:00pm ET on ABC. (Image Group LA/ABC) ASHLEY BENSON

For most people, pets are family. And in case you were fretting over what to buy this special someone as a Christmas gift, cast your fears aside, for Ashley Benson has the perfect gift! The Pretty Little Liars star shared a photo to Instagram that revealed an amazing present idea for you furry friend that will not be a waste of money.

Benson, 25, along with co-star, Shay Mitchell, were at American Eagle yesterday, and the two couldn’t get their eyes off a dog dressed up in a cute little sweater. The caption of the photo read, “Me and @ShayM were both obsessed with this doggy today while shopping @americaneagle in his #AOBstyle sweater… Which I am taking home for Olive [sic].”

Olive is one of Benson’s dogs, very similar in size to the dog in the photo above. And although the candid image has received 334,000 likes since, fans were pointing out the obvious mistake in it where the two actresses were looking away from the pup! One wrote, “What are they looking at? The dogs the other direction! This picture makes as much sense as the show [sic].” There’s a valid point! However another posed a plausible theory, “Maybe they are looking at a mirror.”

Meanwhile, ahead of her birthday on December 18, Benson has also been busy promoting sales of the t-shirt made for her character on the show, Hanna and her boyfriend, Caleb (played by Tyler Blackburn). Called the “Haleb” shirt, she recently announced to fans of the couple that the sales have been extended till December 14.