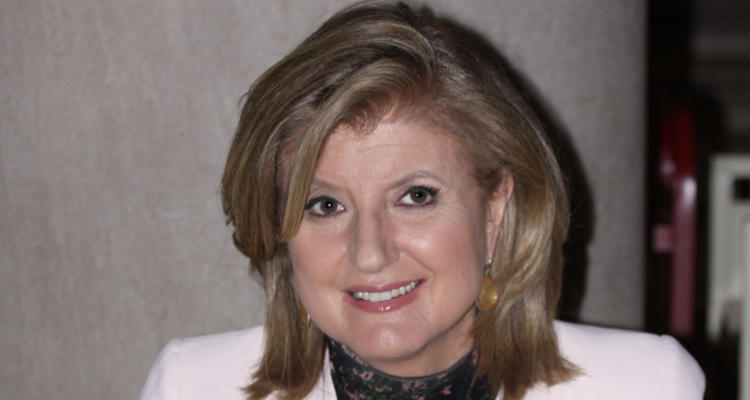 Today July 15, is the Arianna Huffington birthday. For all those who don’t know about Arianna Huffington, then let us tell you she is the editor-in-chief and co-founder of The Huffington Post. Additionally, she was a famous conservative commentator in the mid-1990s.

Born as Ariadnē-Anna Stasinopoúlou, her full name in English is Arianna Stassinopoulos Huffington. She was born on July 15, 1950, in Athens, Greece. She is the daughter of Konstantinos, a management consultant and journalist and Elli Stasinopoulou. At the age of 16, she moved to the United Kingdom to pursue economics at Girton College, Cambridge. Arianna Huffington was the first international student and third female President of the Cambridge Union. In the year 1971, she, for the first time appeared in “Face the Music” along with Bernard Levin.

Arianna was passionate about writing since childhood, and she started writing books in the year 1970 with the help of Levin. In 1980, Arianna moved to New York.

#tbt to my interview with the great tenor Plácido Domingo. God gave him a beautiful singing voice and stuck me with this accent!

In 1979, she started co-hosting BBC1’s late night talk and also the entertainment show “Saturday Night At The Mill.” Arianna Huffington books are also very famous. Let us go back in time to when Arianna Huffington first started writing. She penned her first book in 1973, which was titled, The woman. Besides this, she has written several books, namely, Maria Callas – The Woman Behind the Legend and Picasso: Creator and Destroyer. Her most recent book, The Sleep Revolution: Transforming Your Life, One Night at a Time was published in April 2016.

Arianna even took part in the 2003 recall election of California Governor Gray Davis. She has also participated in several movies and shows such as, “The Cleveland Show, How I Met Your Mother and Family Guy.”

When Arianna was 30-years-old, she developed a relationship with Bernard Levin. She was head over heels in love him and wanted to have children, but unfortunately Bernard didn’t want to marry or to have kids. Hence, Bernard decided to move on and uprooted to New York. Upon his death, Arianna said, “He wasn’t just the big love of my life, he was a mentor as a writer and a role model as a thinker.”

Happy #FathersDay to my daughters’ father and all the fathers around the world.

In the year 1985, love entered her life again and she met her husband, Michael Huffington. On April 12, 1986, the pair decided to get married and later shifted to Santa Barbara, California. However, in 1998 Michael said that he was bisexual. He said, “In December 1985, in my Houston townhouse I sat down with (Arianna) and told her that I had dated women and men so that she would be aware of it… The good news was that it was not an issue for her.” The pair got divorced in 1997. Arianna and Michael have two daughters together, Isabella and Christina.