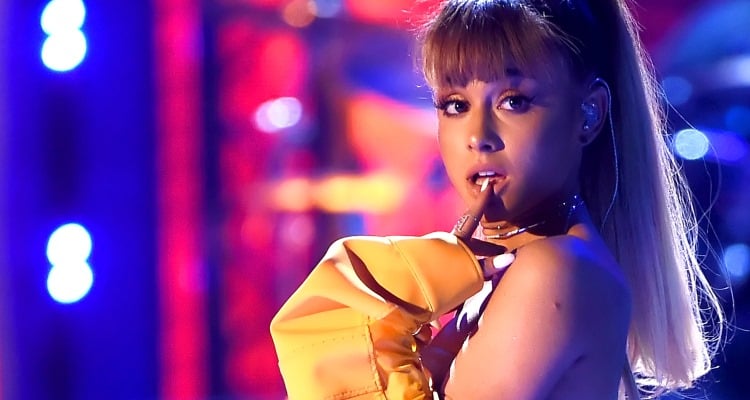 Not everyone had the chance to spend their Valentine’s Day with a special someone, but that certainly wasn’t the case for pop star, Ariana Grande! The “Dangerous Woman” singer is still on tour, but she still managed to make time to have date night with her boyfriend, Mac Miller. Ariana Grande’s pics are proof that the two are indeed still very much in love.

Though her social media accounts are normally full of Ariana Grande’s hot pics, this time her posts all about her date with boyfriend, Mac Miller (also known as Larry Fisherman). The young couple are still going strong and Grande took to Instagram to show fans just how much they truly love each other. Grande is currently busy with her Dangerous Woman tour, but she still made time to be with her boyfriend, despite her hectic schedule. Who says you can’t have it all? 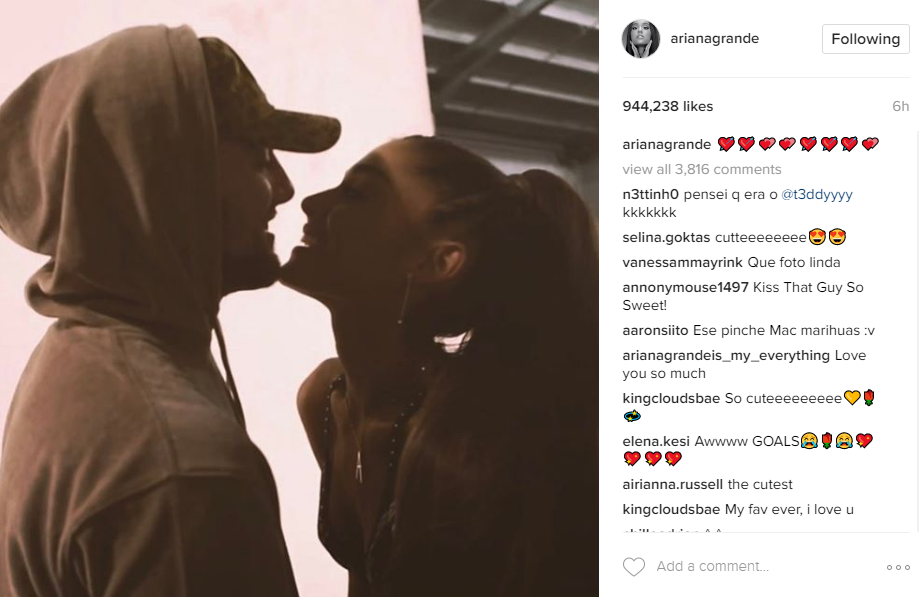 Grande and the producer/rapper have been romantically linked since last year and so far, there are no signs of them breaking up. Actually, quite the opposite! It seems that the “Side to Side” singer is happier than we have ever seen her! The pop star’s most recent Instagram post is a picture of the happy couple seen almost kissing, while looking lovingly into each other’s eyes. (All that’s missing is them sharing spaghetti and meatballs.) Grande also posted a quick video snippet of her blowing a kiss. We can bet who those kisses are meant for!

There will always be rumors, especially when stars don’t update their relationship status with pics every five seconds. But that’s not the case with Grande and Miller. Despite their busy careers, the pair make time for each other and show their fans they’re still going strong. The two are active on social media, and have no problem publicly posting about one another. On Valentine’s Day, one of Grande’s posts was a series of cut out hearts that said, “Be Mine” and “Hug Me,” which were hanging from a keyboard. Thousands of fans wasted no time in congratulating the two on their relationship, especially on the love-filled day. Comments such as “they’re beautiful” and “ too cute” were endless. We couldn’t agree more! 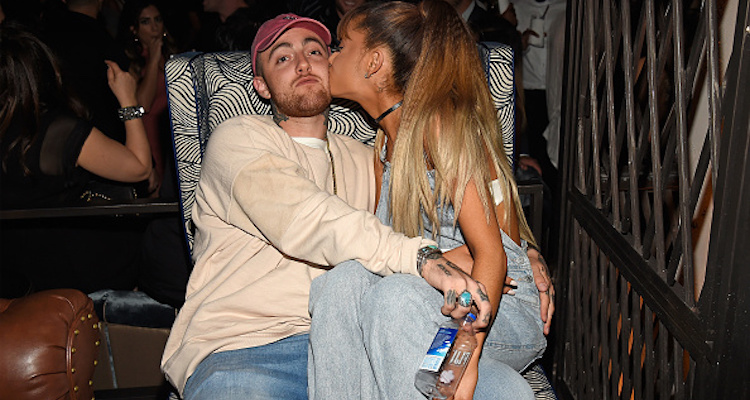