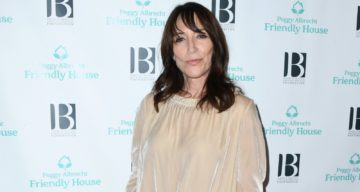 Legendary actor George Segal passed away on March 23, 2021, at the age of 87. Segal’s prolific career spans six decades, and his fans, both old and new, are looking back at his legacy. Some wonder if Segal’s family has another actor. They specifically ask if George Segal is related to Katey Sagal. The actress from Sons of Anarchy is a Golden Globe winner with a resume boasting some of the most memorable roles. Some like to think the acting chops run in the family. We set the record straight on Katey Sagal’s apparent relation to George Segal.

George Segal and Katey Sagal Are Not Related

George Segal (born on February 13, 1934) passed away on March 23, 2021. His wife, Sonia Segal, told media outlets he passed away due to complications from a bypass surgery.

Segal was married thrice. His first marriage to film editor Marion Freed ended in divorce after 26 years together. His second wife, Linda Rogoff, passed away in 1996, and he married Sonia two years later (though some outlets report they wed in 1996).

There’s no evidence of a familial relation between George Segal and Katey Sagal. Even their last names are spelled slightly differently.

Katey Sagal’s father, Boris Sagal, was a Ukrainian-American filmmaker. Her mother, Sara Zwilling, was a singer who went by Sara Macon. Four of their five children, Katey, Joey, and twins Liz and Jean, are actors.

Sometimes people ask if the actress is related to the action star, Steven Seagal. Similar queries arise because of Sagal’s apparent resemblance to Allison Janney. But they are not related at all.