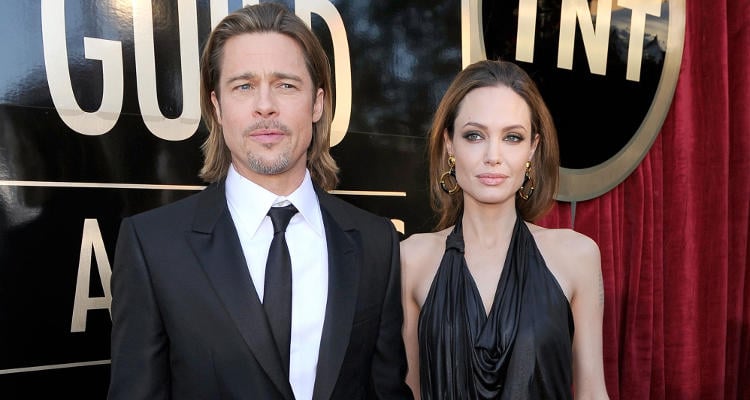 After being together for a whole decade, in which the rumormongering hasn’t slowed down let alone stopped, you would think we’ve heard every possibility there is to hear about ”Brangelina.” Are Brad Pitt and Angelina Jolie getting divorced? Is Jolie expecting another child? These are questions you may be sick of seeing retreated. So here’s a new one: is Brad Pitt going to divorce Angelina Jolie while she lies on her deathbed?

According to the National Enquirer (yes, we know, stick with us here), there’s a reason for how thin Angelina Jolie has looked lately. The tabloid reports that the actress, most recently heard but not seen in Kung Fu Panda 3, is suffering from anorexia, headaches, paranoia—and cancer! The publication didn’t specify which kind of cancer nor did it say if it’s terminal (though the “dying” part implies it is), but it did claim that her husband has made an effort to get Jolie to eat more; however, she just won’t budge (or is that bulge?). The latest divorce rumors come from the suggestion that Pitt will threaten her with a one-way trip to Splitsville if that’s what it takes for her to get her act together.

However, the weight loss may not even be related to the above as other sources have suggested that Jolie’s reduced size is a result of stress from marital problems rather than illness. This stress may also include or stem from Brad Pitt being unfaithful as other rumors, posted on the International Business Times site, state that the actor has been trying to win the favor of British actress and model Cara Delevingne.

Common rumor-destroyer Gossip Cop says, via a source that knows the famous megacouple, that all these stories are “nonsense.” But who’s to say? There’s no denying that Angelina Jolie looks like she’s lost some weight, and as for why, expect that that—as well as how happy her marriage to Brad Pitt is—to continue to be speculated on for some time.