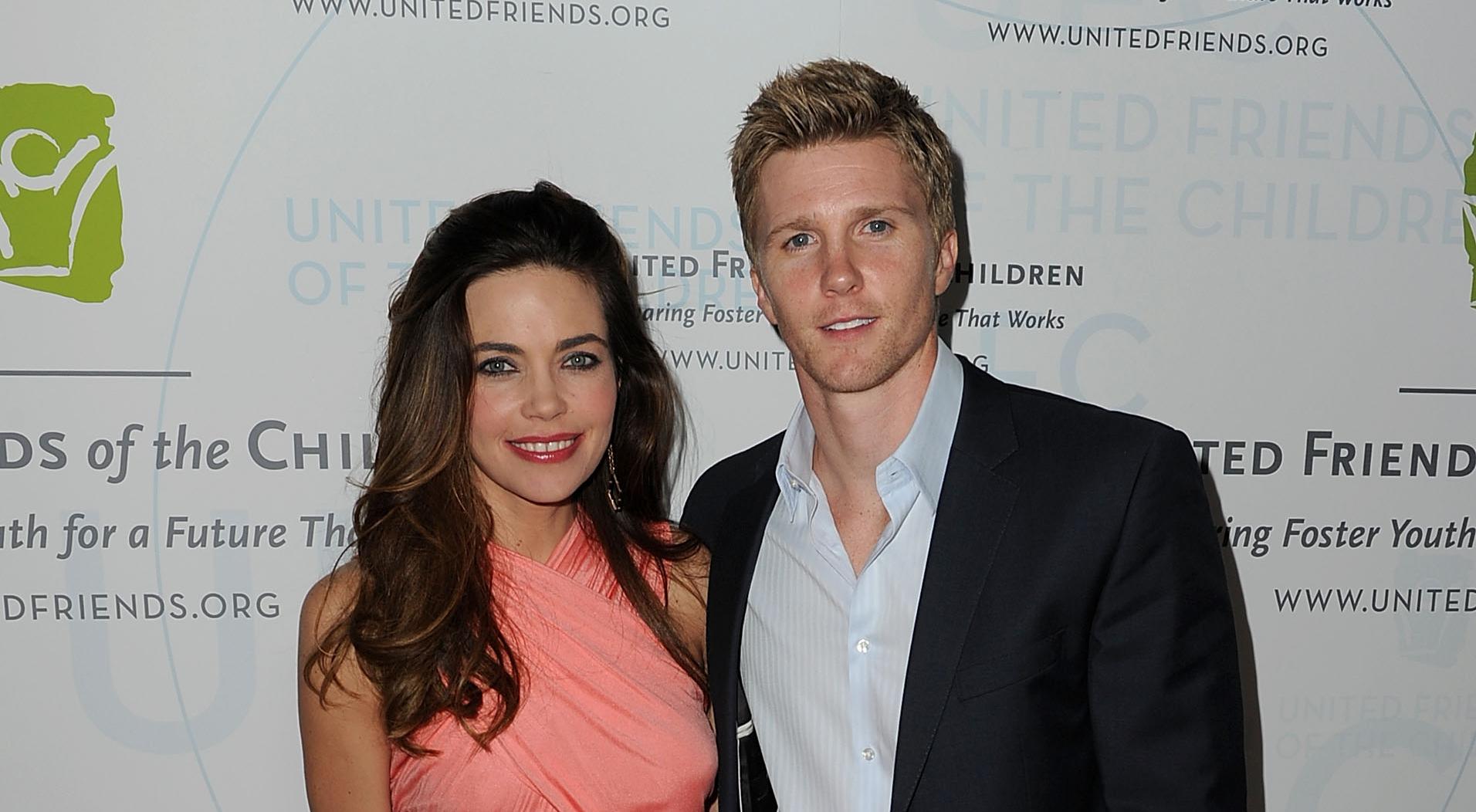 Sometimes, the line between reality and fantasy can blur in television, especially when actors start dating one another. Like Amelia Heinle and Thad Luckinbill from The Young and the Restless. They had a turbulent relationship on screen, but what about their off-screen one? Are Amelia and Thad still together? Y&R fans are going to be extremely disappointed to learn it was not happily ever after for the real-life Victoria and J.T.

Thad Luckinbill’s first major role came with The Young and the Restless in 1999 as J.T. Hellstrom. Over the two decades he was on the show, J.T. became an irreplaceable force within the drama.

After Luckinbill joined The Young and the Restless cast, Amelia Heinle replaced Heather Tom as Victoria Newman in 2005.

Heinle is a soap opera veteran. She played roles in Loving, The City, and All My Children. She joined Y&R as J.T.’s love interest, and the two became an immediate fan-favorite among couples for their constant drama.

J.T. and Victoria have a very eventful romantic storyline on Y&R. On screen, the characters produced a child, got married, and then divorced. Hellstrom was then written off the show in 2010.

Although they weren’t sharing screen space back then (and J.T. and Victoria weren’t in an ideal relationship tbh), Luckinbill and Heinle got close in real life. Their pictures together began circulating the Internet much to every Y&R fan’s joy.

It was soon revealed they were dating. They married in 2007, two years after meeting on the set of The Young and the Restless.

In the time he was away from Y&R, Luckinbill formed Black Label Media, along with his twin brother, Trent Luckinbill, and producer Molly Smith.

On the domestic front, Heinle and Luckinbill were seemingly doing great. Heinle gave birth to their first child together, a boy they named Thaddeus Rowe Luckinbill Jr., in 2007. Their daughter, Georgia March Luckinbill, was born in 2009.

Heinle and Luckinbill both have children from other relationships, too.

Are Amelia and Thad Still Married?

Y&R’s Genoa City has seen some pretty dramatic twists, which never fail to surprise us. Just when we thought the real-life marriage of J.T. and Victoria is rosy, Luckinbill filed for divorce on March 1, 2017.

Amelia Heinle and Thad Luckinbill’s divorce documents cite “irreconcilable differences” as the reason for their separation. Luckinbill sought joint custody of their children and left room to negotiate spousal support.

Surprising fans further, Luckinbill made his triumphant return as J.T. Hellstrom on Y&R in December 2017!

There aren’t any reports about how the two actors worked things out on set in the midst of a divorce. But you’ve got to admit that it would be a little weird!

Luckinbill and Heinle’s characters divorced years before they did in real life. And now both their personal and professional lives match up.

But they didn’t have to deal with awkwardness (if any) for too long. J.T. is out of Y&R for good! Nikki Newman whacked him on the head with a fireplace poker and fans said goodbye to one of their favorite characters.

But fans always ask if he is coming back! It looks like, this time, the door is closed for any possibility of J.T.’s return and reconciling with Victoria.

And since reality and fiction line-up for the former couple, it appears there’s a slim possibility of Amelia Heinle and Thad Luckinbill getting back together. Working so closely as a couple in love could spark some old flames so who knows, right?

Apparently, J.T. continues to haunt Y&R, as Victoria and Nikki have to cover up the real story behind J.T.’s death with a threat to expose them at every corner!