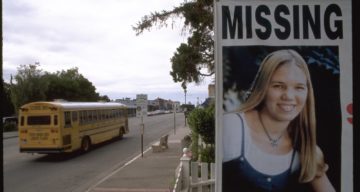 A groundbreaking arrest in the two-decade-old Kristin Smart case is leading to comparisons to Elizabeth Smart’s kidnapping. The kidnapping survivor shares more than a common last name with Kristin Smart. The latter was abducted in 1996 from California Polytechnic State University. The prime suspects, Paul and Ruben Flores, were arrested on April 13, 2021, sparking interest in both abductions. Social media users are curious if the two victims are related. So, we clarify their apparent connection here.

Elizabeth Smart and Kristin Smart Are Not Related

Kristin Smart was born on February 20, 1977, in Augsburg, Germany. She was one of three children born to teachers, Stan and Denise Smart.

The family moved to the U.S. when she was a child, and she was raised in Stockton, California. Kristin was a student at California Polytechnic State University when she was abducted from the campus in 1996.

Paul Flores’ name first cropped up when an earring that appeared similar to jewelry owned by Smart was found at his mother’s former residence. It was not bagged as evidence and the earring had been lost by police.

She was legally presumed dead in 2002, but authorities continued to investigate Smart’s disappearance as an active missing person’s case. The case had no breakthroughs for decades, until authorities found items buried at the campus site in 2016.

In 2020, investigators searched Paul Flores’ property on a warrant and found “items of interest,” including electronic devices and cellphones decades old. In April 2021, Paul and his father, Ruben Flores, were arrested in connection to the case.

Kristin Smart’s case echoes that of Elizabeth Smart, a survivor who was kidnapped in 2002. Elizabeth was abducted from her family home in Salt Lake City, Utah, when she was 14. That same year, her abductors took her to San Diego, California.

Elizabeth’s sister played a key role in identifying the suspect, Brian David Mitchell, whose identity was broadcasted on national media. Authorities received helpful tips to recover Elizabeth in 2003. The survivor is now an activist for victims of abduction and sexual assault.

Kristin and Elizabeth’s cases have their similarities and differences. However, the two victims have no familial connection to each other. Their last names and probably their experiences are what they have in common.