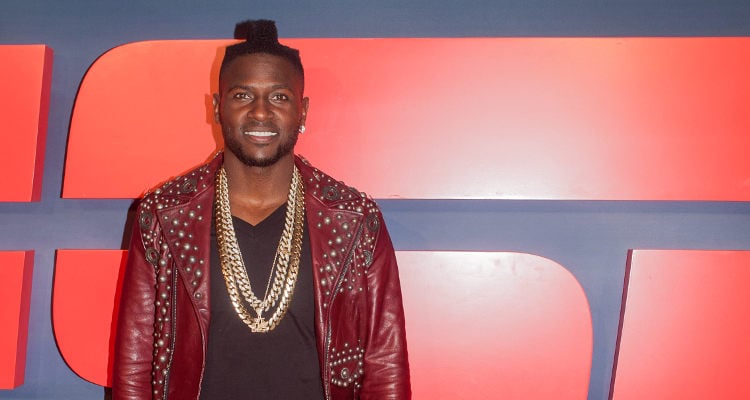 The National Football League (NFL) has finally commenced and football fans are already banking on their favorite teams to win. Recently, Antonio Brown has been in the limelight, especially after Monday’s (September 13) game against the Redskins. And no, we are not talking about his amazing performance on the field, but rather Antonio Brown’s TD dance moves in the endzone, after scoring a touchdown.

It’s not uncommon for players to celebrate after scoring a touchdown (especially in front of thousands in the NFL) and players often perform some type of victory move. The same thing happened with Antonio Brown, and we can’t really blame the guy! Scoring a touchdown is an exciting feat! Antonio Brown is famous for his impeccable football skills on the field, but now Brown’s shocking dance moves have become a Twitter and GIF sensation, after he was seen twerking in the endzone after scoring a TD!
The Redskins tried their level best to stop Antonio Brown from scoring, but they just couldn’t pull through, and he simply dominated the game. Not that it would have mattered, because clearly the main highlight of this game was Antonio Brown’s hip-thrusting celebration dance!

Currently playing for Pittsburgh Steelers, Brown received his second touchdown on Monday night against Washington Redskins. If you haven’t seen it already, Antonio Brown celebrated his victory with a quick little twerk, that surprisingly made huge headlines. Unfortunately, not all of them good.

Antonio Brown is me. pic.twitter.com/frxr17WePD 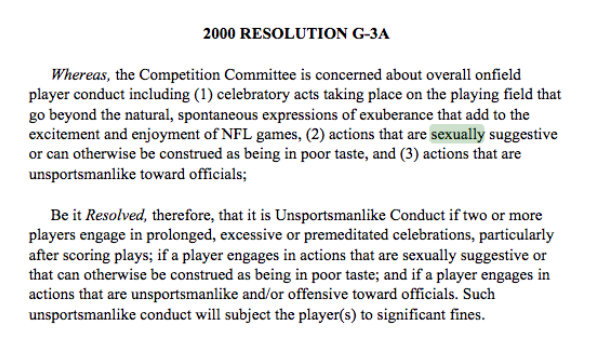 After watching the video, viewers took to Twitter and expressed their views about the dance. However, everyone seemed to find his dance absolutely hilarious, and it’s still making rounds today! Later in the game, Brown was seen smacking the rear end of one of the officials, who was seen saying ‘Ouch,’ before laughing it off with Antonio.

Antonio’s twerk dance did get him into trouble, but people have already started making Antonio Brown GIFs. It looked like Antonio Brown certainly had more fun than anybody else in the match. Maybe the producers of Dancing With the Stars can consider him for the next season!

If you’re not already aware of who won the game last night, the Steelers beat the Redskins 38 to 16. So, if you’re a Pittsburgh fan, just take a page out of Antonio Brown’s playbook, get your twerk on and celebrate their big win!

Let’s hope Brown tones down his twerking for the next game, as the Steelers can’t afford any more needless penalties! What do you think about the whole situation? Was it worth the 15-yard penalty? Do let us know your views in the comments section below. Meanwhile, feel free to enjoy the video of Antonio Brown’s TD dance below!