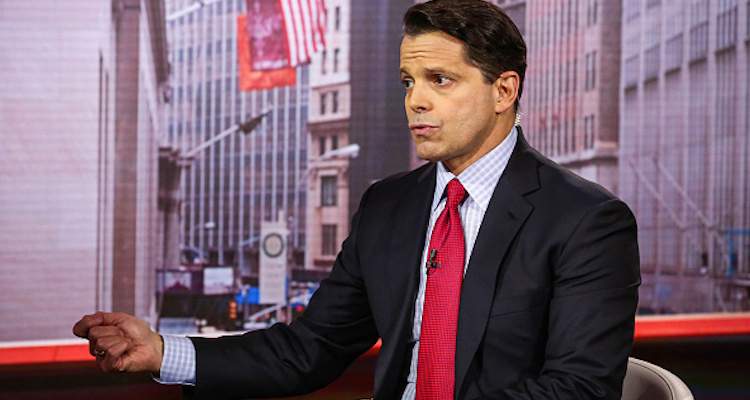 Who Is Anthony Scaramucci?

Anthony Scaramucci’s age is 53 and he’s a new York City financier and entrepreneur. He was born on January 6, 1964 and is from Long Island, New York. According to The New York Times, Scaramucci grew up in a blue-collar family and that Trump helped him realize what he was missing.

“It took a billionaire who lives in a tower on Fifth Avenue next to the Tiffany’s jewelry store to show me something that I missed from my own neighborhood.”

“I grew up in a middle-class family in Port. My parents were the children of Italian immigrants. My father worked at Gotham Sand and Stone and my mother was a homemaker,” Scaramucci told the Port Washington News . “Looking back, we lived a modest lifestyle but I never felt disadvantaged. My parents wanted nothing more than for their children to realize the American Dream and worked tirelessly to create those opportunities for us.”

He graduated from Tufts University (which his father, who was in construction, paid for) and Harvard Law School (which he paid for himself) and started his career at Goldman Sachs in 1989. In 1996, he left Goldman Sachs to start his own company, Oscar Capital Management, which he sold and later worked as managing director at Lehman Brothers.

In 2006, SkyBridge Capital was founded by Scaramucci and he has a current net worth estimated at $1.5 billion but some sources have conflicting numbers. But he’s easily worth over $200.0 million. He sold SkyBridge in January 2017 for an estimated price of $200.0 million. Scaramucci is well-known in the financial world and his financial advice is highly respected. He’s also affectionately referred to as “The Mooch.”

Anthony Scaramucci’s wife is Deidre and they live in Manhasset on Long Island. He was also a TV personality with his own Fox show called Wall Street Week.

“If I ever wake up and think of myself as a TV star, I want my friends in my hometown to hit me on the head with something. I grew up in Port Washington and live in Manhasset about two miles from the home I grew up in,” he told Long Island Business News.

Scaramucci wasn’t always a Trump supporter and was previously aligned with notable Democrats like the Obamas and the Clintons. Now he’s known for being one of Trump’s biggest campaign fund raisers and his newest communications director and White House press secretary, which doesn’t start until August. It’s out with the old and in with the new at the White House and many are wondering how long Scaramucci will last. Can he handle the press better than Spicer did? Only time will tell.