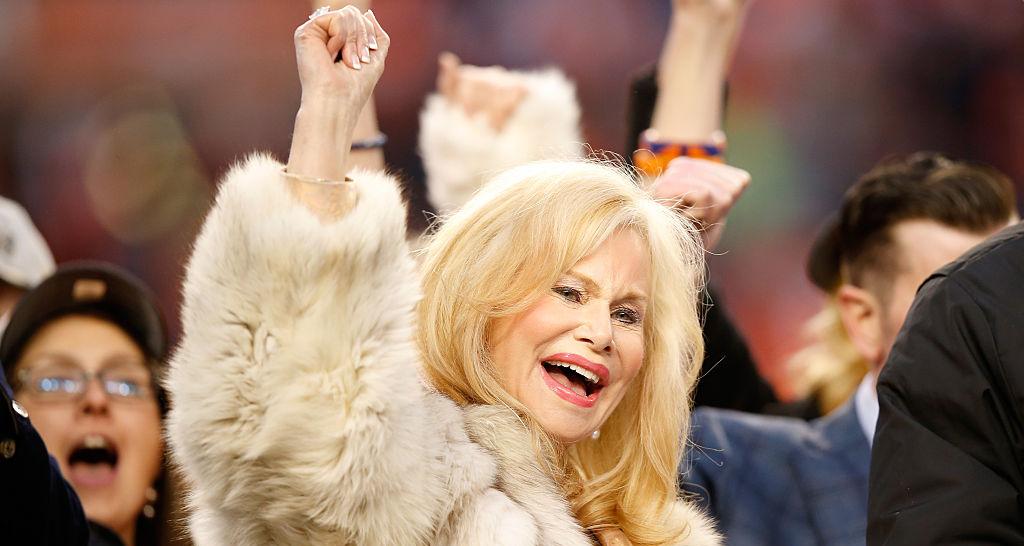 Annabel Bowlen became the face behind the Denver Broncos in 2014 after her husband, Pat Bowlen, was diagnosed with Alzheimer’s. Now, she has revealed that she, too, is suffering from the disease and has decided to make her diagnosis known. Bowlen’s children have come together as a family and pledged to take care of their ailing mother. Bowlen is a former teacher and figure skater and regularly contributes to charity.

Sad news has struck the Bowlen household yet again in the form of the dreaded Alzheimer’s disease. Annabel Bowlen, the wife of long-time Denver Broncos’ owner, Pat Bowlen, has announced that she also has been recently diagnosed with the degenerative disease.

Alzheimer’s is a progressive brain disease that causes problems with memory, thinking, and behavior.

Four years earlier, Pat Bowlen was also diagnosed with Alzheimer’s. He had resigned from his position as the CEO of the football team, a position he held for 20 years.

The Denver Broncos are an American professional football club based in Denver, Colorado, and compete in the NFL. The team is owned by the Pat Bowlen Trust and have won many championships over the years.

When Pat Bowlen stepped down in 2014, it was Joe Ellis who stepped in as president and CEO. Many are wondering if that will change now that Annabel Bowlen’s diagnosis has been made public.

Here are some details about Pat Bowlen’s wife from Annabel Bowlen’s wiki.

How Old Is Annabel Bowlen?

Bowlen wasted no time coming out to the public to inform them of her diagnosis.

She said in a statement, “I recently learned that I’ve joined my husband Pat and the millions of others who have been diagnosed with Alzheimer’s disease. I decided to make my diagnosis public right away in the hope that it continues to raise awareness for those battling Alzheimer’s and their loved ones.”

She Is a Mother to Five Children

The announcement has put the spotlight on Annabel Bowlen’s family, especially her five children. They have to come together now to take care of their ailing parents. But it remains unclear who will manage the Denver Broncos and if Joe Ellis will remain the CEO of the team.

The five children, Patrick, Johnny, Brittany, Annabel, and Christianna Bowlen, have come together at their mother’s hour of need and promised to support her.

They have said in a joint statement, “We are fully supportive of our mother and will face her Alzheimer’s diagnosis together as a family. We’ll continue to support our parents, stay strong as a family and do our part to raise awareness for everyone affected by Alzheimer’s disease.”

Could a Bowlen Daughter Become the Next CEO?

With Annabel Bowlen announcing that she, too, is suffering from the same disease as her husband, speculation is rife in regards as to who will become the team’s next controlling owner. Or, if things will change at all.

According to rumors, the Bowlens daughter, Brittany Bowlen, is the front-runner in the race to become the team’s next CEO. Then again, sources say Pat Bowlen’s daughter, Beth Bowlen Wallace (from a previous marriage) has expressed great interest in taking on the role.

Last month, Wallace announced her desire to become the Broncos’ next controlling owner. But the three-person trust appointed by her father felt she was “not capable or qualified at this time,” to run the franchise.

The Pat Bowlen Trust released a statement saying, “The statements issued by Beth Bowlen Wallace today are contrary to Pat Bowlen’s long-standing succession plan that he created over many years of careful consideration.”

In the lengthy statement, they went on to mention that when Bowlen had to resign in 2014, he wanted to ensure the team’s success by appointing three non-family trustees to determine whether any of his children had become qualified at some point to step into his shoes.

“Pat did not designate Beth as a trustee or appoint her to a leadership position, nor did he instruct the trustees to specifically mentor her. He made it clear that his children were not automatically entitled to a role with the team and that they would have to earn that opportunity through their accomplishments, qualifications and character,” the statement read.

However, Wallace feels that she is fully qualified for the role.

Her Net Worth Is Estimated at $1.0 Billion

With Annabel Bowlen’s diagnosis now public, many are curious to know what effect, if any, it has taken on the family business and the team. People have been wondering about their financial status ever since Pat Bowlen became incapacitated.

According to reports, Annabel Bowlen’s net worth is estimated to be around $1.0 billion currently. This is mainly because of the spectacular showing of their NFL team, the Denver Broncos.

People have also wondered aloud how Annable Bowlen has managed to look so young over the years. A lot of them believe that she has undergone plastic surgery to keep her face and body looking young, despite her considerable age.

While Bowlen herself has not commented on the matter, some sources estimate that she has spent over $950,000 on her cosmetic facial surgeries so far.

She Graduated from the University of Alberta

Bowlen’s mother, Joan Spencer, was an aircraft pilot during World War II, and she has a brother named Richard Spencer.

She graduated with a bachelor’s degree in physical education from the University of Alberta, Canada, before starting her career as a teacher in her home country. After teaching grade school for a few years, Bowlen became a figure skating trainer, and that earned her fame in Canada. 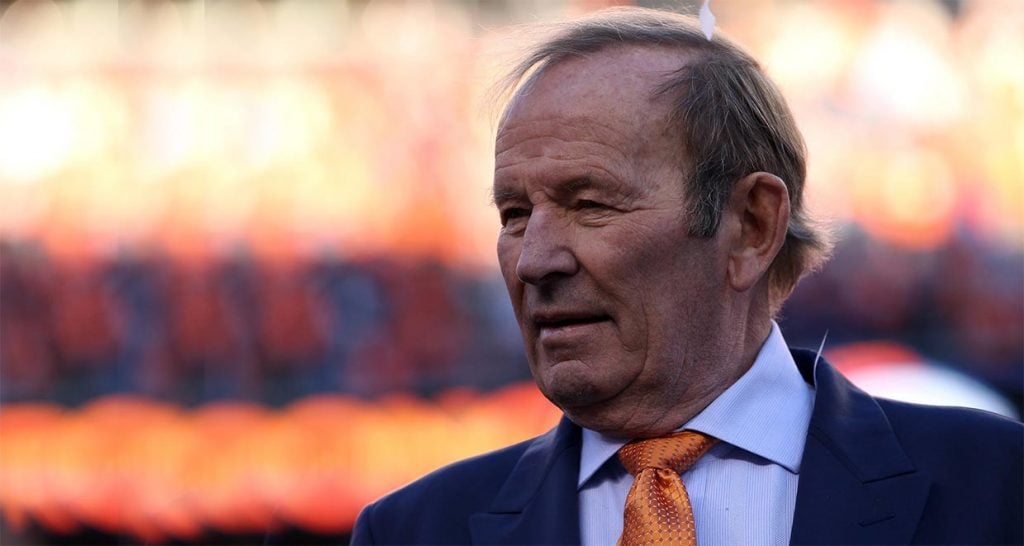 It was then that she met her future husband, millionaire Pat Bowlen, who was working as an attorney at the time.

After their marriage, Bowlen moved to the United States with her husband and set up home in Denver. The couple have been married for over 35 years now, and their union has been successful both emotionally and financially.

She Has Contributed to Children’s Charity

While Bowlen has everything she could ever need in life financially, she hasn’t neglected what she believes are her social responsibilities.

In 1969, she founded an organization called Cherish the Children Guild, which has served as the charitable arm of the Beacon Youth & Family Center.

Her organization works to raise funds for the Beacon Center while also providing mental health services for families. Although Bowlen was less involved after her husband’s illness was diagnosed, she still served as the honorary chairman of the guild.

Annabel Bowlen Has Everybody Rooting for Her

Now that Bowlen has been diagnosed with Alzheimer’s disease, people are beginning to worry about how she will be taken care of in her old age. Her five children have pledged to take care of their ailing mother with love and respect.

The Broncos and all the support staff have expressed sadness on hearing Bowlen’s diagnosis and have wished her a long and comfortable life.

With so many people on her side, Annabel Bowlen can look forward to the future with strength and determination.