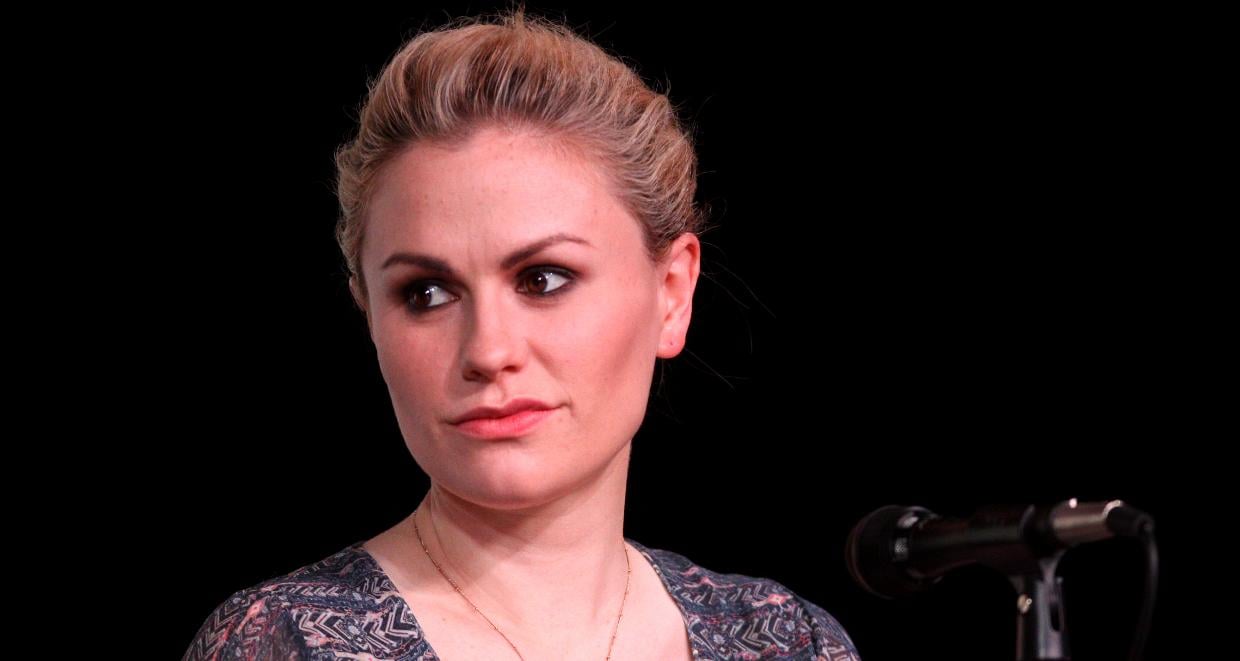 Anna Paquin is a beautiful actress who’s made remarkable achievements in her career, like becoming the second youngest leading actress to ever win an Academy Award (at age 11 for The Piano). But with fame comes criticism, and the True Blood star is the next celebrity to fall victim to the wrath of body-shaming cyberbullies.

Paquin attended the premiere of her new movie, The Good Dinosaur, last night with her husband, Stephen Moyer, and owned the red carpet in a flowing black floral dress. It was the perfect look for the premiere of a fun animated family film. Unfortunately, however, not everyone appreciated the look and they didn’t hesitate to publish their mean comments online, criticizing everything from her dress to her fair skin tone—even her darker-than-usual hair was apparently a problem. But rather than ignore the hateful comments, like so many other celebrities often do, Paquin decided to stand up for herself.

She posted a picture on Twitter of her and Moyer on last night’s red carpet and captioned it, “Fun fact: Wearing a dress that is not skintight=Pregnant/invites people 2 call u fat. I’m neither so thanks 4 that [sic].”

Ten minutes later, she posted another message on Twitter: “Dear mother nature, people who bravely hide behind computers and pass judgement have informed me my pale skin and dark hair=old/ugly/harsh [sic].”

Paquin’s fans quickly backed her up, writing encouraging comments about how beautiful she looked and shared some of their own stories about being bodyshamed. Needless to say her followers appreciated her very honest and real approach to the incident, which demonstrated what many of us sometimes tend to forget—that celebrities are real people with very real feelings, just like everyone else.