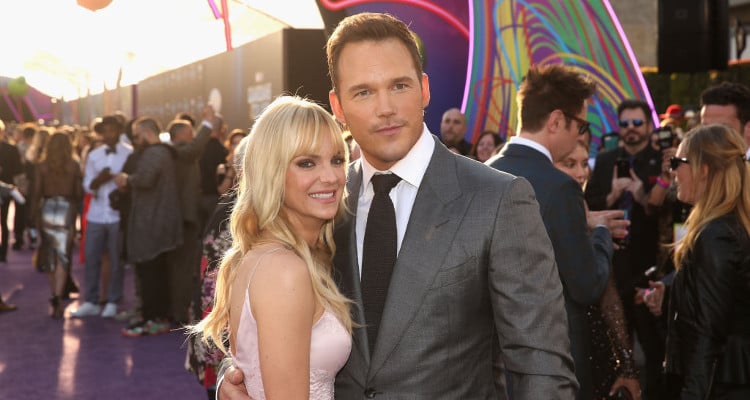 Chris Pratt’s wife, Anna Faris, is best known for playing Cindy Campbell in the Scary Movie films. She rose to prominence with her comedic roles and with quite a few awards to her name, Faris is now seeing success in the sitcom, Mom.

Anna Kay Faris was born on November 29, 1976 in Baltimore, Maryland. Her parents are Karen Faris, a special education teacher and Jack Faris, a sociology professor. Faris’ ancestry includes English, German, Scottish, French, Dutch, and Welsh. In 1999, she graduated with an English literature degree from the University of Washington.

The beautiful Faris met Chris Pratt in early 2007 in Los Angeles, during the filming of Take Me Home Tonight. They dated for a while before getting hitched in 2009. In 2012, they welcomed their son, Jack. Before settling down with Pratt, Faris was married to Ben Indra.

Anna Faris has amassed a net worth of $20.0 million throughout her acting career. Currently, she earns $125,000 per episode of Mom, which ranks her among the highest-paid TV stars.

The acting bug bit Faris at a young age. At nine, the now 40-year-old actress started acting and producing theater plays. Before pursuing acting as a full-time career, Faris worked as a receptionist in London.

Faris’ breakthrough role came in 2000 when she starred as Cindy Campbell in the horror comedy film, Scary Movie. The movie became a major commercial hit and earned $278,019,771 worldwide. As for Faris, she reaped international fame and critical success. She reprised the role in the next three subsequent Scary Movie films, as well.

Anna Faris’ movie career took off from there, with roles in a variety of films, including Brokeback Mountain, Waiting, Just Friends, Lost in Translation, and Cloudy with a Chance of Meatballs. She also had guest appearances on shows like Entourage and Friends.

Following a successful movie career, Faris took a chance with television and, fortunately, it worked out in her favor. In 2013, she landed her first full-time television role in the CBS sitcom, Mom.