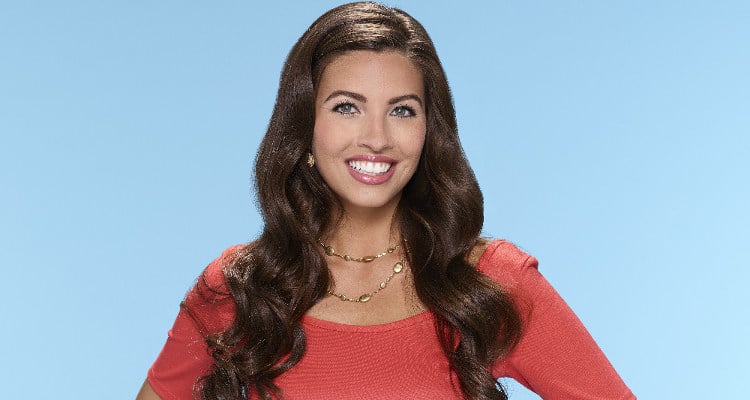 Angela Amezcua is one of the 30 women competing on The Bachelor season 21. The Bachelor for 2017 is Nick Viall, who is appearing on the reality dating franchise for the fourth time.

Nick Viall is on a quest for love for the fourth time on reality television, in The Bachelor season 21. After being the runner-up in two seasons of The Bachelorette, and enjoying a Mexican holiday in Bachelor in Paradise, Viall now has 30 ladies competing for his heart. One of them is Angela Amezcua from South Carolina. Unfortunately, Amezcua was eliminated in the first episode…but who knows, she could return during the course of the show or on one of its sister shows. Here’s everything you need to know about Angela Amezcua’s wiki.

She’s a Model from South Carolina

She has worked with several national clients of Millie Lewis, including Rooms to Go, Hincapie Sportswear, and LAT Sportswear. Amezcua has also walked on a few runways in the southeast. She was featured in advertising campaigns for Great Clips opposite stock car racers, Dale Earnhardt Jr. and Kasey Kahne. Amezcua also appeared in a yogurt commercial with Carolina Panthers quarterback Cam Newton; she is the cheerleader who falls into a grocery boy’s arms in the video below.

She Graduated College with Honors

According to her profile on ABC’s Bachelor web site, the most outrageous thing she has ever done is moving more than 500 miles away from her home and family. After all, she lists her mom along with lip balm, water, hair ties, and her iPhone as things she can’t live without.

She Works as a Manager for her Agency

While modeling is Amezcua’s primary profession, it appears she has ensured she has a job outside of her modeling career. With her degree in business and marketing, she works as an office manager at Millie Lewis.

As a manager of the modeling agency and school, she assists other models with bookings, class coordination, and many other activities associated with modeling management. And that’s not all! She also uses her modeling expertise as director of the agency’s children’s division and as an instructor for the agency’s Teen Personal Development and Advanced Modeling programs. It looks like even when she retires from modeling, she has no intention of leaving the modeling world!

She’s One of the Many Dolphin Fanatics on this Season

It may be the effect of one of the contestants, an aspiring dolphin trainer named Alexis Waters, but it seems this season there are many contestants who love dolphins! Waters became one of the most memorable Bachelor contestants by arriving at The Bachelor mansion wearing a shark costume, which she mistakenly argued was a dolphin.

The other ladies were quite taken in by her quirky personality. Of course, when Waters was asked what animal she would like to be, her answer was a dolphin! The same question was posed to the other ladies and Angela Amezcua (along with others) replied dolphin, as well. The 26-year-old said she would love to be a dolphin because “they are playful and sociable and live in family groups.”

Be sure to check out @towncarolina December issue! I had a blast doing this shoot! ☺️??

Nick Viall may be the most controversial pick for The Bachelor so far, but Amezcua is very happy he is this season’s choice. She even said during the show that she wouldn’t consider competing on The Bachelor if it wasn’t Viall. However, Amezcua has received mix reactions to her personality from viewers.

When asked what her worst date memory is, she said “A guy putting down the name as ‘Batman’ while we waited for a table. So immature.” Soon after though, the model says her own guilty pleasure is licking the popcorn bag.

Had so much fun this morning for the judging of our #Bachelor float for the Rose Parade! Tune in tomorrow to see us during the parade and tomorrow night for the premiere of @bachelorabc ??? Dress: Tara Grinna provided by @splashonmain – thanks Anne! ? #thebachelor #bachelornation #nickviall #willyouacceptthisrose #jan2 #rosebowl #roseparade

Amezcua said she hopes to be married and have one child within the next five years. She wants to continue with modeling and also be a stay-at-home mom. Sadly for her, she won’t be able to live her dream with Nick Viall. Amezcua failed to make an impression on the “fourth time’s a charm” Bachelor, and she was sent home on the first day, along with fellow dolphin-lovers, Briana and Lauren, as well as Olivia, Ida Marie, Jasmine B., Michelle, and Susannah.

Angela Amezcua has been eliminated, but it may not be over for her just yet. Given the franchise’s history, there’s always a possibility of returning. Meanwhile, 22 women are still contending for Nick Viall’s heart. Watch The Bachelor every Monday, at 8:00 p.m. EST, only on ABC.

The secret is out! Tune in on January 2nd to the new season of The Bachelor and you may see a familiar face??☺️ #thebachelor #abc pic.twitter.com/ozH8i8lN4J