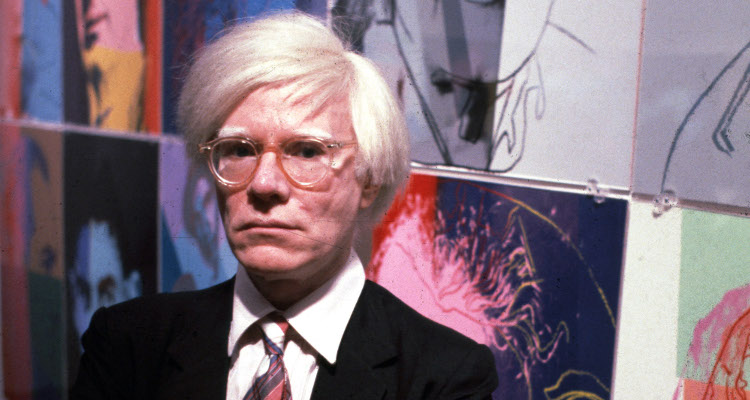 American Horror Story: Cult seems to be covering a lot of real life incidents. The first episode of the seventh season of American Horror Story showed the election night when Donald Trump became the President of the United States. Now, in the latest episode (which aired on Tuesday), the story of Andy Warhol was depicted.

Actress Lena Dunham plays the role of Valerie Solanas, the one who shot Andy Warhol. The episode showed the entire incident in flashbacks when Solanas shoots Andy Warhol, played by Peters. She was angry because he refused to give Solanas her scripts back. This episode brought back a lot of questions about the real life Andy Warhol. If like the others, you also have questions about Andy Warhol’s death, then hang on, we will solve the mystery for you.

Andy Warhol is known worldwide for his pop art. He was born Andrew Warhola on August 6, 1928, in Pittsburgh, Pennsylvania. He was born to Ondrej Warhola and Julia. In 1914, Warhols’ father emigrated to the United States, joined by his mother in 1921. Warhol’s father was an employee in a coal mine and worked hard to make ends meet for his family.

When Warhol was in the third grade, he was diagnosed with Sydenham’s Chorea, which is also known as St. Vitus’ Dance. Because he had a fear of doctors and hospitals, Warhol was often bedridden. It was at this time that he became very close to his mother. When Warhol used to be sick, he would draw, listen to the radio, and also collected photos of celebrities. At the age of 13, Warhol lost his father in an accident.

In 1945, Warhol completed his graduation from Schenley High School. As a teen, Warhol was very talented and brilliant, he went on to win awards, including Scholastic Art and Writing Award. Initially, Warhol dreamed of becoming an artist and decided to study art education at the University of Pittsburgh. However, there was a little detour in his plans and he attended Carnegie Mellon University in Pittsburgh to study commercial art.

While studying at the University, Warhol was a part of the campus Modern Dance Club and also the Beaux Arts Society. Additionally, Warhol was also the art director of the student art magazine, known as Cano. In 1949, Warhol graduated with a Bachelor of Fine Arts in pictorial design. Later on, to pursue his dreams, Warhol moved to New York City and started his career in advertising and magazine illustration.

Besides being known as an American artist, he was also a director and producer, who gave big breaks to struggling artists. Warhol was loved by everybody, but there were some who hated him.

In 1968, Valerie Solanas, who was a famous radical feminist writer and author of the S.C.U.M. Manifesto, shot Mario Amaya and Andy Warhol in his studio. Solanas appeared in the Warhol film, I, a Man. Earlier on the day of the attack, Solanas was refused the return of a script she’d written and given to Warhol. Apparently, the script was lost.

Warhol was seriously injured by the attack, in fact, the doctors operating on him had to cut open his chest and massage his heart. The attack entirely changed his life and he had to wear a surgical corset. Solanas’ attack not only affected his health, but it affected his art, too.

The next day, Solanas surrendered herself to the authorities and explained that Warhol had a lot of control over her life. She was diagnosed with paranoid schizophrenia and was sentenced to three years under the Department of Corrections.

After he was shot, Warhol said, “Before I was shot, I always thought that I was more half-there than all-there—I always suspected that I was watching TV instead of living life. People sometimes say that the way things happen in movies is unreal, but actually it’s the way things happen in life that’s unreal. The movies make emotions look so strong and real, whereas when things really do happen to you, it’s like watching television—you don’t feel anything. Right when I was being shot and ever since, I knew that I was watching television. The channels switch, but it’s all television.”

How Did Andy Warhol Die?

On February 22, 1987, in the early morning, Warhol passed away in Manhattan. Reportedly, Warhol was recovering from gallbladder surgery at a New York Hospital. He died in his sleep due to a sudden post-operative Cardiac arrhythmia. Warhol’s family sued the hospital, stating that arrhythmia was caused because he was not properly cared for during his stay and also due to water intoxication. The case was settled out of the court and his family received a settlement.