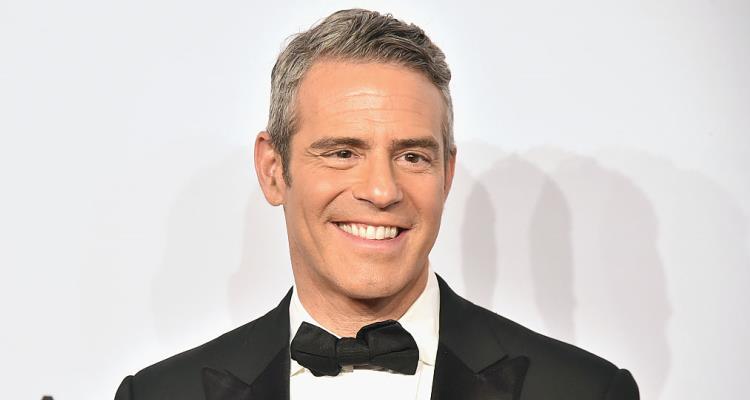 Love Connection fans, get excited: Andy Cohen is back for a second season! Andy Cohen, the Love Connection host, gushed about the decision saying, “This show fits like a glove and I can’t wait to make more love connections.” If you want to learn more about the hit show’s host or how Andy Cohen’s net worth has amounted to a staggering $15.0 million, keep on reading!

“Andy Cohen is a phenomenal host, not only because he has brought so much fun to the show but also because he truly wants these participants to find love, and that genuine level of interest enables him to elicit both touching and hilariously awkward dating moments from them.” Fox’s president of alternative entertainment and specials, Rob Wade spoke highly of the host, adding that Cohen was part of the team who redefined the show. The 15-episode first season of the show is currently airing, but it has already been set up for a continuation. The show includes Mike Fleiss, the man behind The Bachelor, and Mike Darnell.

The show, which airs Thursdays on Fox at 9:00 p.m. EST is based on the original game show that aired from 1983 to 1994. The reboot includes some new twists, featuring single men and women who are searching for romance. Each single is sent on three blind dates, and then air their dirty laundry with Cohen in front of a live studio audience! It was always Cohen’s dream to be in this position, as he said, “I’ve always wanted to host a game show and this is the perfect one for me because it mixes what I already do, which is ask really personal questions. It capitalizes on everything that I love to do–digging for personal details is something that I started doing with the Housewives many years ago.”

Hop on the RamonaCoaster tonight on a brand new @loveconnectionfox!!!!! It's beyond the beyond..

In addition to being a television host, Andy Cohen is also an author. He’s published several books, including Superficial: More Adventures from the Andy Cohen Diaries; The Andy Cohen Diaries: A Deep Look at a Shallow Year; Most Talkative: Stories from the Front Lines of Pop Culture; Wish You Were Here: A Book about Missing Someone; Challenge Your Assumptions, Change Your World; and Follow the Other Hand: Learn to Make Smarter Decisions Think Differently, Lead Differently!.

Is Andy Cohen in a Relationship?

Is Andy Cohen married? Who is Andy Cohen’s partner/husband? When it comes to relationships, Cohen doesn’t like labels. “It’s good, it’s good. Day by day, don’t like labels,” he said in May about his partner. He did hint that he was open to the idea of marriage in the future, and explained how his current relationship has changed him. “You know when you get into a relationship, you start mellowing out a little bit. I’m not a bachelor about town anymore.”

How Rich is Andy Cohen?

Cohen’s net worth is an estimated $15.0 million, and he reportedly makes $2.0 million annually. The Missouri-born television personality and executive was born on June 2, 1968, making Andy Cohen’s age 49. Growing up, he attended Clayton High School and eventually earned a degree in broadcast journalism from Boston University. One of his first jobs in the field of television was for CBS News as an intern. It wasn’t long before he rose to become senior producer of the network’s The Early Show, also helping with production on 48 Hours. Since then, he’s worked at TRIO and Bravo. Today, he is the current executive vice president of original programming and development at Bravo, hosting the weekly show Watch What Happens Live and writing for a popular blog on the network’s web site.

During his career, he has won several honors, including a 2005 Peadbody Award for his role as executive producer of TRIO’s The N Word; a 2008 Peabody for Bravo’s Project Runway; and a 2010 Emmy award for Top Chef. He’s been nominated for 17 Emmys.