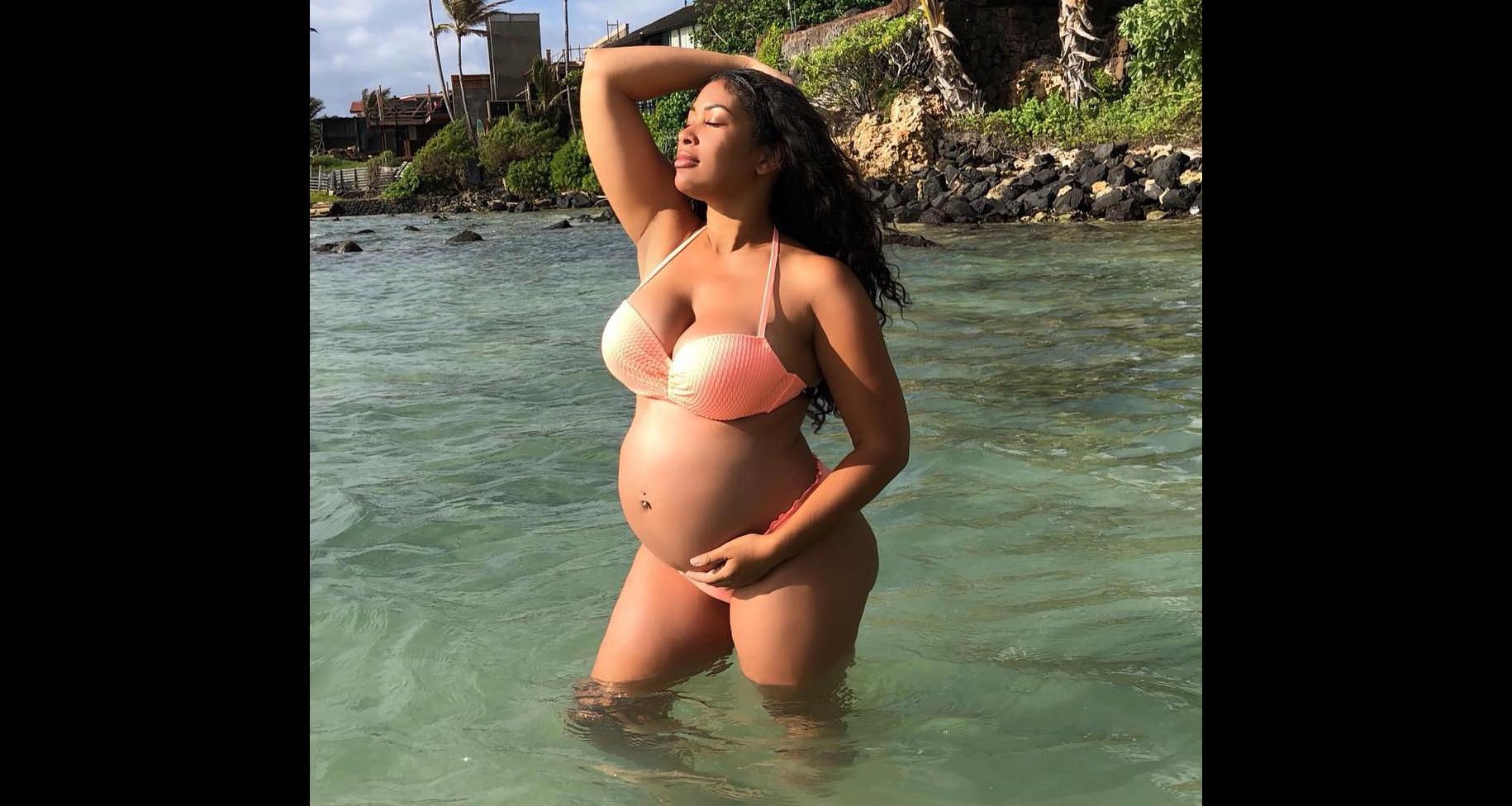 Plus-size model Anansa Sims, whose mother is the famous model Beverly Johnson, is expecting her fourth child with her new beau! Even though her mother was a known name in the business, many are unaware of her now-famous daughter. If you want to know more about Anansa Sims and her work as a plus-size model, then take a look at our Anansa Sims wiki.

Anansa Sims Patterson was born in New York on December 27, 1978, which makes her age 39. Sims attended the Buffalo State College and did her MBA from Washington’s Trinity College.

Sims is 5’9” tall and has brown eyes and brown hair. Before diving into a career in the modeling world, Sims reportedly worked as a financial analyst as she was very passionate about math.

Anansa Sims Is a Plus-Size Model

Initially, Sims’ mother Beverly was not very keen on seeing her daughter in front of the camera. She had her reasons, explaining, “I was against Anansa modeling because throughout my career, I suffered from anorexia and bulimia – I was 5’9” and between 103 and 117 lbs. I never wanted her to go through that.”

Her mother added, “But when she was 18, she went to New York to try it.” Indeed the pressure to be a perfect model was on Sims. Before she went to New York, Sims revealed that she starved herself and would work out for four hours every day for three months!

Sims was a size four and was on the verge of becoming size two. She used to eat just an apple and a bowl of soup every day. But, tired of the expectations and limiting herself to food, Sims finally said that she didn’t want to pursue modeling.

After her MBA, Sims was working as a financial analyst in Atlanta, but she thought that she needed some creativity in her life. So, she got in touch with Wilhelmina modeling agency’s plus-size department. When they took her measurements, they were really happy with Sims, and so was she. Within four hours of her interview, Sims got a job! 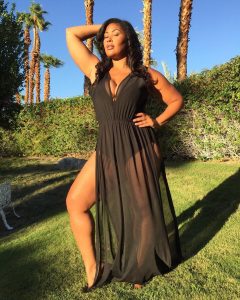 Sims is one of the eight models who posed naked for Glamour US in the November 2009 edition. Her other work includes coming up with a plus-size line of clothes, with a focus on swimwear and jeans.

She is also writing a book about being the daughter of a celebrity and “making the transition between hating my body to loving every inch.”

Now, Sims encourages positive body image, healthy eating and lifestyle, and safe sex. She also wants to promote the importance of education and wants the next generation to concentrate on getting their degrees.

Anansa Sims Was Born to Beverly Johnson and Danny Sims

Sims’ mother is the very famous supermodel, actress, and businesswoman, Beverly Johnson. Johnson was the first African-American model who was featured on the cover of American Vogue in August 1974. Johnson has graced the covers of approximately 500 magazines! 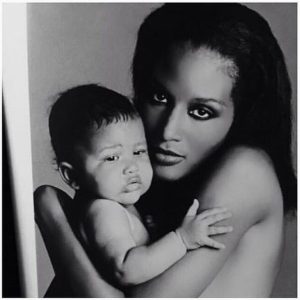 In 2014, Johnson penned down an article for Vanity Fair in which she accused Bill Cosby of mixing some form of a drug in her cappuccino. She claims that during a meeting in 1990 at Cosby’s Manhattan residence in the ’80s, he drugged her. He didn’t sexually assault her but when she had the coffee, Johnson felt, “her body go completely limp.”

Johnson then screamed at him several times before Cosby lost his cool, dragged her outside and called a cab for her. In her 2015 released memoir, The Face That Changed It All, Johnson discussed the Cosby’s incident.

Johnson married twice. She first got married to real estate agent Billy Potter in 1971. However, they got divorced in 1974. In 1977, Johnson walked down the aisle the second time with businessman and music producer, Danny Sims. He was the one who signed Bob Marley.

The couple’s only daughter is Anansa Sims and they did not have any other children. Then, in 1979, Johnson and Sims got divorced. Danny was granted the custody of Sims after a long battle in court. However, towards the end of the ‘80s, Sims went back to live with her mother.

Danny Sims passed away on October 3, 2012, due to Colon Cancer in Los Angeles, California. He is survived by Anansa and his two sons, Jelani and Stacey.

Sims got married to NFL alum, David Patterson (a former Atlanta Falcons NFL player) on July 10, 2010. They met each other at a Memorial Day Party in Atlanta and fell head over heels in love.

They were talking to each other the whole night and went on several dates that same week. Talking about the incident, Sims said, “After that, we were just inseparable. From that moment on, we just had an instant connection. We both had the same core values and we had so much in common.” They dated each other for two years and then decided to get hitched.

When they got married, Patterson was a State Farm Insurance Agent and an entrepreneur in Upland, California. They got married in a First Congregational Church, in Columbus, Ohio. 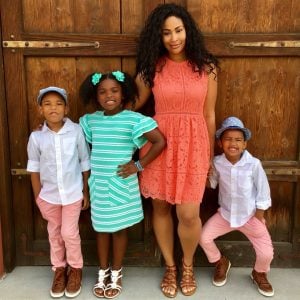 Unfortunately, Patterson and Sims got divorced in 2017. According to sources, on May 11, 2017, Sims and Patterson filed a Marriage Dissolution/Divorce case in the jurisdiction of San Bernardino County Superior Courts. Their divorce was finalized in 2017.

She Was a Part of Beverly’s Full House

Beverly’s Full House was a reality TV show that premiered on March 31, 2012, on the Oprah Winfrey Network. The show followed the family life of Beverly Johnson as she tried to bring three generations of her family under one roof.

The cast of the show included Beverly Johnson, Anansa Sims, Robert Dupont, David Patterson, and Brian Maillian. But ratings were not that good and the show aired its last episode aired on May 19, 2012.

Is She Matt Barnes’ Girlfriend?

On August 1, 2018, Sims took to Instagram and announced that she is expecting! Although she didn’t mention the guy’s name, there are rumors that she is in a relationship with retired NBA basketball player, Matt Barnes. 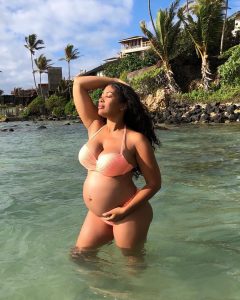 Earlier, Barnes was married to Gloria Govan and the couple has twin boys, Carter Kelly Barnes and Isaiah Michael Barnes. In 2010, Barnes was arrested on suspicion of domestic violence against Govan and other crimes. In 2014, Barnes and Govan got divorced.

Currently, Sims is 23 weeks pregnant, which she has confirmed on her official Anansa Sims Instagram account. She loves to post photos of her growing bump for all her fans to see. Additionally, Sims and Barnes have created a baby registry on the website, the BUMP. According to that, Sims’ due date is December 13, 2018.

Even though reports confirm they are having a baby together, the two have not made their relationship official or public.

When Sims is not working, she likes to relax by playing basketball, watching movies, and chilling at home with her kids. It looks like she will need all the relaxation she can get now, because come December, a new baby is certainly going to change all that! Follow her Instagram to stay up-to-date on her new motherhood journey.