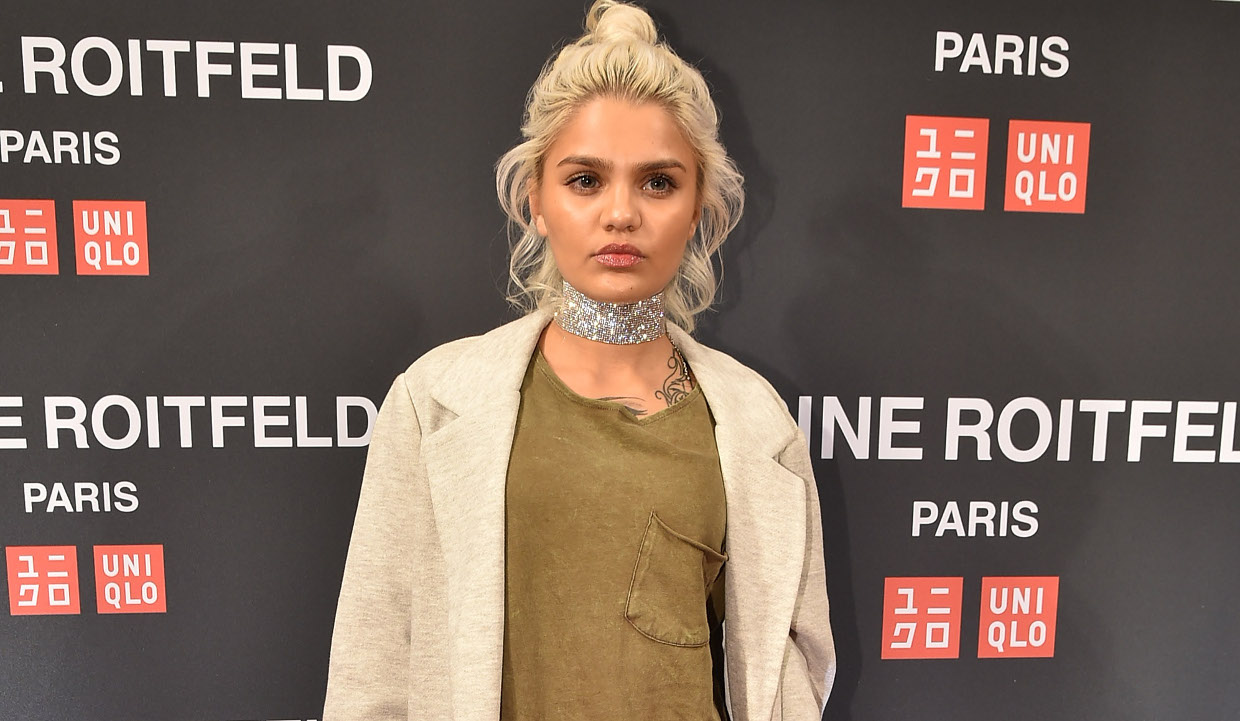 Amina Blue is a model on Instagram and also models for Kanye West’s brand, Yeezy. She is a petite model who has impressed the music mogul and has also appeared in many music videos. Amina Blue is currently single and completely rocking the fashion scene!

Who Is Amina Blue?

Amina Blue is a powerhouse of talent who comes in a small package! She has Pakistani and German backgrounds (father and mother, respectively) and is the current “it” girl of Kanye West’s brand, Yeezy.

You’d expect a model for a brand this big to fall within the standards of modeling, but when has Kanye West ever followed the mundane?! Some are shocked by her many tattoos and raw appearance, but with Kanye’s creative decisions, we’d expect nothing less!

Hailing from Queens, New York, Amina Blue’s age is 25. The five-foot-one model currently enjoys her time living in Brooklyn but works all across the country.

As a child, Amina Blue was always fascinated with makeup and fashion. But she never thought that she’d make in the modeling world due to her height.

The model believes that the fashion industry needs to change the impossible standards that models are required to meet. Being 5’9” and frightfully thin are considered the best features of a runway model, and Blue is here to change that perspective of beauty. (Amen!)

“I’ve been turned down because of my height [in the past], but slowly, the fashion world is accepting that every girl isn’t tall and skinny, and I like to think I have some sort of contribution to that,” Blue expressed in an interview.

The Yeezy veteran (now that she has stuck to the brand since Season 1) has had a ground-breaking journey in the world of fashion and modeling, especially after she appeared in music videos for various rappers like Tyga, 50 Cent, and A$AP Ferg.

In some of her Yeezy shots, Amina Blue could certainly pass for Kim Kardashian’s long-lost cousin! And, the model is also unusually curvy for her height. Well, West has a type, clearly.

A Surprise Career in Modeling

Kanye West has been a fairy godfather to many in the world of fashion and beauty. The music mogul, entrepreneur, fashion designer, record producer, and rapper has a cult following whether it’s for his music or his clothes, and he manages to attract the “young and cool” demographic.

Like Virgil Abloh (the newest Louis Vuitton menswear designer), Amina Blue also started her career in the extravagant world of fashion all because West wanted to be different.

It all began for Blue when she became a fit model for Yeezy, Season 1. She first met Kanye West on casting day, and apparently, that was her shining moment.

From being a fit model to actually going on to the runway, the journey was pretty swift for this out-of-the-box model! The rush of work that flowed in took her straight to a meeting with the former editor-in-chief of Vogue Paris!

Carine Roitfeld and Amina Blue met through West. And the former was immediately taken aback by Blue!

Amina Blue is not the Yeezy model’s real last name and she refuses to reveal what it really is. The alias was probably inspired by her eyes. (They are simply hypnotic!)

“She [Carine Roitfeld] was very supportive of me from the very first day we met, which is extremely hard to find nowadays. I had such a fun time shooting with her and her team,” Blue said about her first meeting with the fashion guru.

Blue’s worked with Roitfeld for her magazine, CR Fashion Book.

Amina Blue has appeared in Tyga’s “1 on 1” music video, after which there were several rumors about Kylie Jenner’s ex and Blue hooking up.

The pictures in Jamaica that Tyga shared on his Instagram didn’t help put an end to the rumors, either. However, it appears that Blue is very much single now.

It was Season 4 of the Yeezy collection. And that time, like always, West wanted to uniquely showcase his collection.

It was not unusual for runways to be set outdoors. But this collection showcased its hot pieces in the hottest of weather!

Kanye West’s models were all working up a good sweat, and some were even fainting because of the heat! And on the runway was Amina Blue, along with hundreds of multiracial models.

Blue strutted down the runway in a bodycon dress and plastic heels, but couldn’t go on for long. Her uncomfortable shoes gave up on her, and she started to stumble!

The model tried (with as much grace as possible) to take off her shoe. But she ended up slipping on the other one as well, so she ripped them off in frustration!

With Anna Wintour, Kim Kardashian, the Jenner sisters, and a lot of important eyes watching her, Blue managed to walk the rest of runway bare-foot! And, she made headlines everywhere the next morning for it!

Kanye West was being targeted for having had such a poor set for his collection. But despite all the backlash, Yeezy Season 4 was also a huge hit.

The blonde beauty is a hard-core vegan and supports animal welfare from the bottom of her heart. If you head over to Amina Blue’s Instagram page, you will notice how many slaughterhouse pictures she posts, condemning meat, fur, and leather.

Blue has four pit bulls at home who enjoy sleeping with her in her bed. The dogs enjoy female company it seems but are irritable and “protective around men.” Talk about having security!

As mentioned, Amina Blue is an out and out vegan and advocates animals at every step. So much so, that she started her own shoe label called Ab, which was once quietly featured in CR Fashion Book magazine.

Blue has modeled for PETA as well, and her interview with them revealed that she has been a vegan for close to five years now. She says she felt a glow about her after she turned vegan, and advocates that everyone should try to become one just like her.

And if you haven’t noticed, the blonde bombshell is heavily tattooed (with vegan ink of course). She has one tattoo on her ribs that is dedicated to her brother, who died when he was a teenager.

Blue is apparently close to her mother’s side of the family. They are more open to what she does for a living as compared to her father, who is a devout Muslim.

Now, Amina Blue is all about Yeezy Season 6, especially after the collection dropped on the Internet; there were a whole lot of people dressed like Kim Kardashian on everyone’s feed! As if we didn’t already get enough of the original, right?