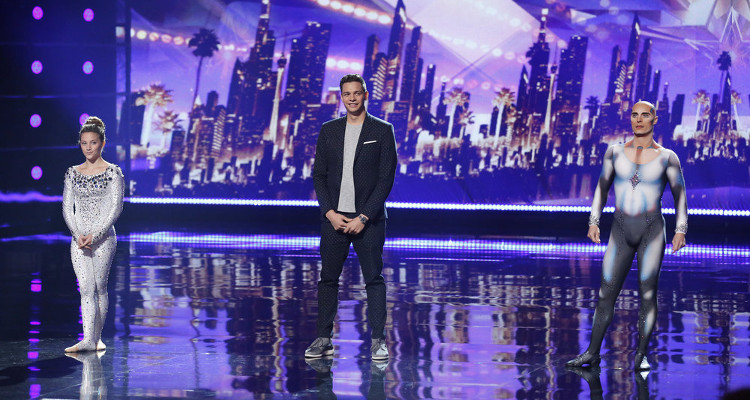 The America’s Got Talent app not only allows viewers to vote for their favourite performers, it also allows them to play along with America, using the green, red, and golden buzzers during the performances. The app allows you to save acts on results nights, share your favourite acts on social media, and tweet Nick and the judges straight from the app.

“Little did we know this would happen. I’m almost famous. I’m trying to stay in the moment and hopefully moving forward things will happen.” – @grace_vanderwaal #LiveFromAGT

The AGT app’s final feature, which could possibly be the best of them all, allows you to sound off on your buzzer whenever you want, even when the show’s not on! That way when your friends are butchering one of Grace Vanderwaal’s songs, you can tell them to cut it out and leave the singing to her!

How to vote got AGT online? You can vote a maximum of 10 votes per act per email address, or Facebook account by visiting NBC’s website link. Google has also provided a cool widget for make voting as easy as possible. You can vote 10 times per act via Google Search per Google account during each voting period. Simply search “AGT” on Google, sign into your account, and vote using the Google vote widget.

If you like to vote the traditional way, simple wait for the toll-free number notification during the show and call in! As with the previous options, you can vote a maximum of 10 times per act during each voting opportunity.

“Hanging out with the contestants and becoming friends has been very special. It’s very exciting to be in the finale, but very nerve-racking at the same time.” – @sofiedossi #LiveFromAGT