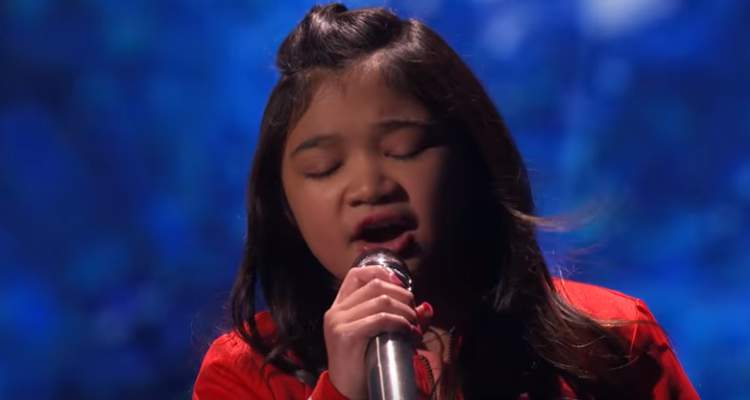 It’s almost time for the Live Results for tonight’s America’s Got Talent episode and fans get a chance to vote for the act they think has what it takes to win. While there are a variety of different talents, not everyone can advance to the next round and it’s getting harder and harder for fans to choose. The first step is understanding how to vote and we’ve got all the details you need to make that happen! Keep reading!

Below are the phone numbers you have to call in order to vote for your favorite contestant on the show. While Puddles is already gone, the numbers are still the same for the others.

Fans can also use NBC’s America’s Got Talent voting app, in order to show support for their favorite act. America’s Got Talent voting is online and can be done just as easily as over the phone. If you don’t want to call in and show your support, then you can always use the online voting option. Keep in mind that you will have to sign up and log in to make your vote valid. You can also interact with the judges via the app and save the best of the acts from being eliminated!

A Pity Party for Puddles

It was a shocking sight to see the entertaining sad clown go after Simon Cowell gave him the boot, but the show must go on. Despite that some polls revealed that Puddles should have stayed and was highly ranked, it’s ultimately up to the fans at home, unless a Golden Buzzer is given. Voting is a funny thing and you never know how people are going to choose. According to Gold Derby, some have expressed disapproval over how many singing acts have gone to the next round and believed that Puddles wasn’t given a fair chance. It’s debatable but ultimately it’s up to the voters. Each one makes a difference and can change the outcome of the show’s next winner.

According to a poll conducted on Gold Derby, many believe that Angelica Hale will win this season. The young singer has amazed viewers with her passion and talent, so it’s not hard to see her as the winner by season’s end. Grace Vanderwaal won last year, so it’s not a far-fetched possibility that we could see another pint-sized pop princess win it again! It’s only a poll after all and it isn’t a clear indication of a future winner or what most of the country might be thinking. Who would you like to see win this season of America’s Got Talent?